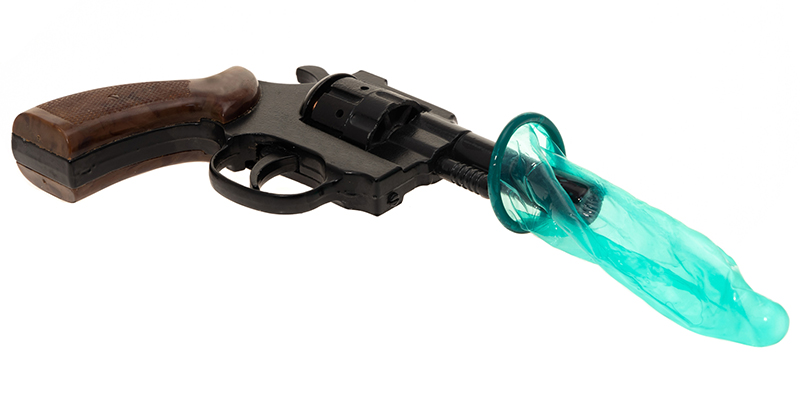 A Democratic Congressman prompted backlash this week after he claimed that anyone owning a gun in America has small genitals.

Illinois Rep. Sean Casten made the comments during a Zoom call with college students last week.

“If you are a constitutionalist, unless you’re a member of well-regulated militia, tell me why you need to own a gun, right? Having small genitals is not a sufficient reason to own a gun,” Casten declared.

There you have it, an elected representative seriously proclaiming that if you exercise your Second Amendment rights it must mean you have a tiny penis (or vagina, presumably for women gun owners).

In a statement to The Daily Caller, Republican Jeanne Ives’ campaign, (Casten’s opponent in Illinois) explained how the COngressman’s comments are not only derogatory, but also dangerous.

“Sean Casten references Justice John Paul Stevens’ dissent for the minority in Heller v. DC, which established the individual right to self-protection. Since he likes history, John Paul Stevens – after he left the bench – wrote an op-ed calling for the abolition of the Second Amendment,” the statement reads.

“That is what Sean Casten is referring to, as he ridicules law-abiding firearms owners as just ‘guys with small genitals.’ Sean Casten sold himself to IL06 as moderate in 2018. He represents decent professional people,” the statement continues.

“In this clip, he takes a radical position and describes those who oppose him in the most offensive, degrading terminology that he can possibly think of. Sean Casten has shown us who he is – an extremist, and what he wants – to abolish freedoms and make government your keeper. Our question to voters: Is that what you want?” the statement concludes.

Gang Fires Shots at Trump Supporters During Rally in Charlotte