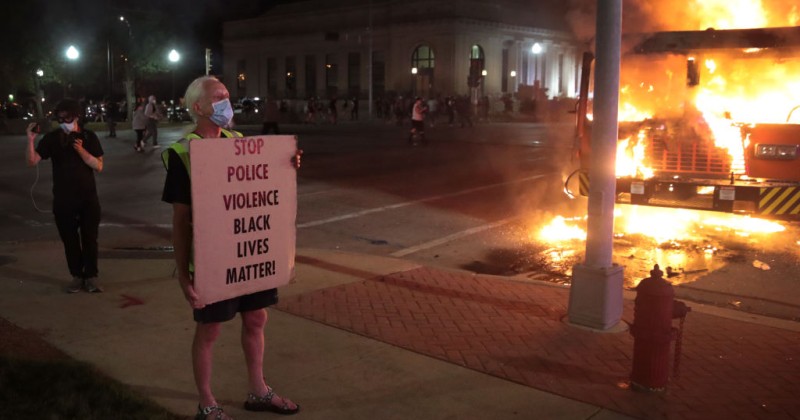 Support for Black Lives Matter in the key swing state of Wisconsin has plummeted from +25 approval to zero amidst the riots in Kenosha.

The city has been plagued by rioting, looting, violence and arson all week following the police killing of Jacob Blake, culminating in the Tuesday night shooting of three BLM protesters, two fatally, by a 17-year-old who acted in self-defense.

A new poll suggests that the bedlam is turning people against Black Lives Matter, and by proxy Joe Biden, who has endorsed BLM on numerous occasions.

“Democrats need to be extremely concerned about what’s happening in Wisconsin, where support for BLM has gone from +25 to +0 in 2 months,” tweeted Jonathan Chait.

He cites a newly released RPubs poll which also shows that approval for Black Lives Matter amongst whites has dropped from +22 to -5 since June.

Democrats need to be extremely concerned about what's happening in Wisconsin, where support for BLM has gone from +25 to +0 in 2 months. https://t.co/2wNMWoW6it

The poll was taken before much of the violence unfolded in Kenosha, meaning the numbers are likely even worse for BLM approval.

The poll numbers are backed up by anecdotal evidence from a New York Times article about how the violence is “already swaying some voters in Kenosha.”

The article quotes several voters who say their support for Trump has hardened because of the riots, while also highlighting how the chaos is driving Democrats away from Joe Biden.

For example, 59-year-old Scott Haight said he was a “lifelong Democrat” but that he isn’t going to vote this year.

Priscella Gazda, who only voted once in her life – for Obama in 2008 – told the newspaper, “I am going to vote for Trump. He seems to be more about the American people and what we need.”

As we highlighted earlier this week, people like Don Lemon are suddenly expressing concern that the relentless rioting is harming Democrats’ chances in the 2020 election.

“I think Democrats are ignoring this problem or hoping that it will go away…Joe Biden may be afraid to do it…He’s got to address it. He’s got to come out and talk about it,” said the CNN host.

A CNN poll earlier this month also found that Biden’s lead over Trump had dropped from 14 points in early June to just 4 points following three months of unrest.

A separate Pew poll also found that almost as many American voters now view violent crime as an important election issue compared to coronavirus, something that is likely to help President Trump.

“A sizable 59 percent of voters in the survey indicate that violent crime, which President Trump has framed as happening in Democrat-controlled cities, is a “very important” factor in casting their ballots,” writes Rusty Weiss.

Democrats are clearly starting to become very nervous that more moderate voters are turned off by Black Lives Matter/Antifa rioting, but the notion that they can do anything to reign in the mayhem looks incredibly unlikely.

Sheriff Refuses to Deputize Citizens to Restore Order in Kenosha

America experienced 637 riots between May 26 and September 12. 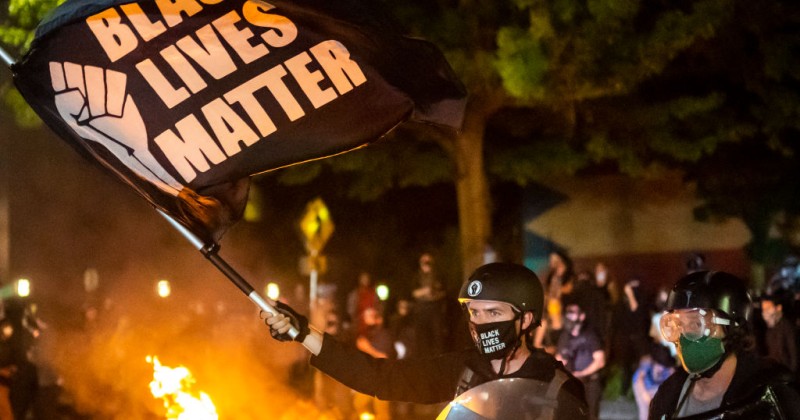 A new study by Princeton University’s US Crisis Monitor shows that the U.S. experienced 637 riots between May 26 and Sept. 12, and 91% of those riots were linked to the Black Lives Matter movement.

In other words, BLM was responsible for 9 out of 10 riots across the country.

Riots are defined by the project as “demonstrations in which any demonstrators engage in violently disruptive or destructive acts (e.g. violence, looting, vandalism, etc.), as well as mob violence in which violent mobs target other individuals, property, businesses, or other groups.”

Mainstream media talking heads have repeatedly asserted that the riots were either not happening on any large scale or were “mostly peaceful.”

Despite attempts to spin the riots as peaceful protests, more and more Americans aren’t buying it.

“A majority of U.S. adults (55%) now express at least some support for the movement, down from 67% in June amid nationwide demonstrations sparked by the death of George Floyd,” reported Pew. “The share who say they strongly support the movement stands at 29%, down from 38% three months ago.”

When one considers the level of intimidation and bullying metered out to those who refuse to express support for BLM, the real figures are probably much lower in terms of support for Black Lives Matter.

It’s no surprise that Democrats like Nancy Pelosi are only now condemning riots, arson and looting after 4 months of mayhem.

After initially ignoring or justifying the violence, Democrats have seen the polls and performed a total 180.

Black Lives Matter only caring about black criminals once again. 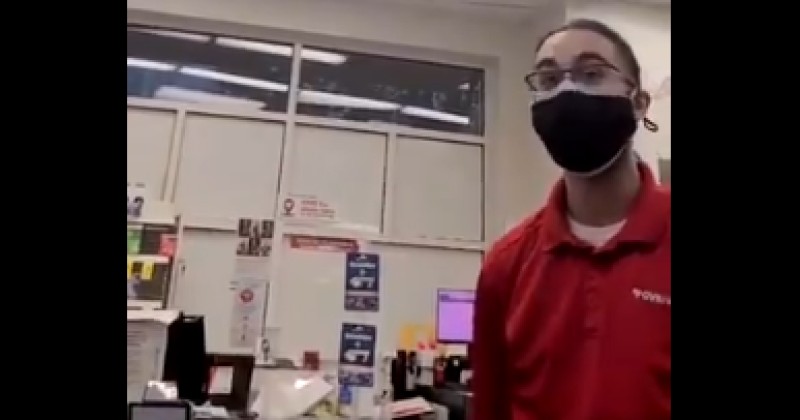 A video clip out of DC shows Black Lives Matter activist Charity Sadé accusing a CVS employee of putting black people at risk of being killed because he called the police on two shoplifters.

“May I ask why you called the police on those two men?” Sadé asks the employee.

The employee, who is a store manager, explains that CVS policy dictates if the shoplifters leave the store with merchandise, they can get the police involved.

“I did not actually elect to press charges, I just said I want them to know they can’t come in here anymore because they shoplifted,” he explains.

Sadé then claims that the employee was putting the lives of the shoplifters in danger by calling the police in response to an act of criminal behavior, telling him, “They could have lost their lives.”

“I don’t work for you, I follow my company’s policies not your policies,” the staffer responds.

Video recorded by Charity Sadé (@charindc), a BLM activist in DC, shows her confronting & recording a CVS pharmacy staff person who called police on thieves. She accuses the employee of endangering the lives of black people. #BlackLivesMatter pic.twitter.com/6YiHR7XFTa

Sadé then accuses him of being prepared to risk someone’s life for a $30,000 a year job.

“There was no risk in my opinion, thank you, have a great night,” he responds.

The BLM activist then demands to get the store manager’s name so she can obviously try to whip up a social media mob against him later.

“I’m not gonna tell you my name when you’re sitting here videotaping so you can try to elicit some sort of violence against me, it’s not gonna happen,” says the manager.

“You just elicited violence against two black men by calling the police on them,” Sadé complains.

The manager tells her that the shoplifters got to walk away without being arrested despite one of them having a warrant out on him.

“You work with black folks, just remember that,” says Sadé.

And once again, the question remains, why does Black Lives Matter only care about black criminals?

Believe them at their word. https://t.co/QS3nDenmtx