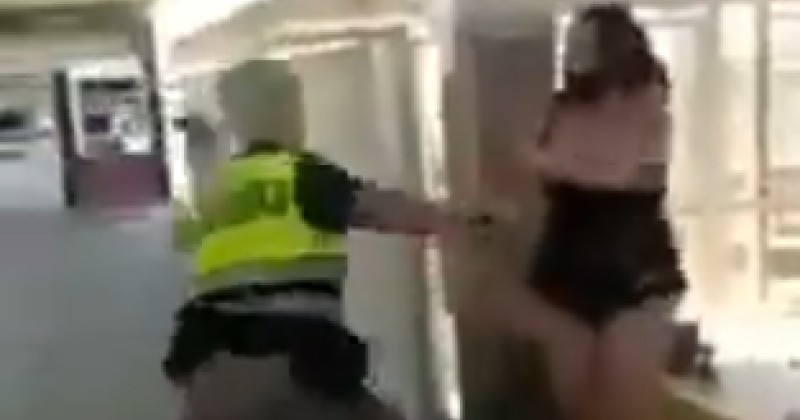 A video clip out of Spain shows a police officer beating two woman with a truncheon because they are not properly wearing their face masks.

The footage shows two women involved in a confrontation with the female officer, who beats them across the arms and upper body.

One of the women appears to have suffered a serious injury to her arm as a result of the blows.

Mainstream media, what is happening in Spain?

'she is not wearing her mask'pic.twitter.com/1PCgwVkekR

Although the women are wearing face masks, they appears to have committed the sin of letting them slip from fully covering their faces.

The police officer does not appear to be wearing a mask at all.

Spain has been one of the most draconian countries in Europe when it comes to the enforcement of coronavirus rules.

During the actual lockdown, Spanish police were handing out €2,000 euro fines for “disrespecting a police officer” and people were also arrested for going “too frequently” to the grocery shop.

However, there still appears to be more resistance to a second lockdown in Spain compared to other European countries, largely because the country’s economy is extremely dependent on tourism.

There appears to be a lot more resistance to a second lockdown in Spain than every other European country. pic.twitter.com/IMRaUMF2Iy