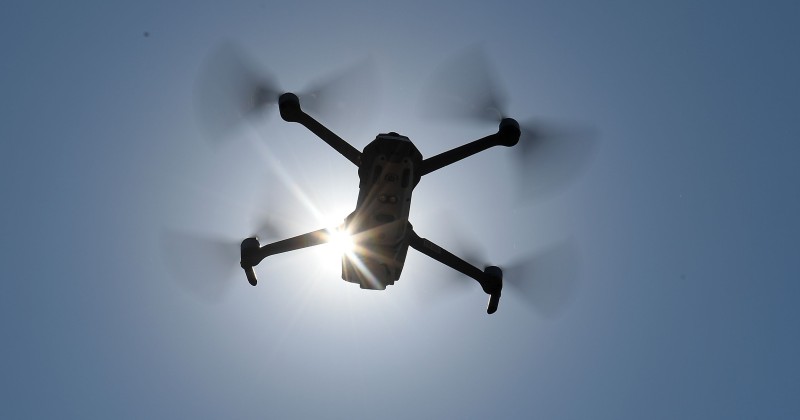 Authorities in Melbourne, Australia will use high-tech surveillance drones to catch people outside not wearing masks as well as to scan for vehicles that are in violation of curfew by being more than 5km from home.

“High powered drones will be used to find people not wearing masks and cars too far from home,” according to a 7News Melbourne news report.
The drones will also be used to ensure skate parks and playgrounds remain empty.

The surveillance devices can be flown up to a distance of 7km and produce images so clear they can “read a vehicle’s number plate from 500 meters away.”

Privacy advocates are concerned that there is no sunset clause on the use of such technology and the drones could continue to be used to spy on citizens after the pandemic ends.

7News Melbourne spoke to two residents who said they weren’t worried because they were behaving and had “nothing to hide.”

Police are preparing to launch their aerial arsenal as part of a crackdown on COVID rule breakers. High powered drones will be used to find people not wearing masks, and cars too far from home. https://t.co/5zYfOfohG3 @tdolling #7NEWS pic.twitter.com/Yy84UBTH0V

The measures are just the latest example of what represents one of the most draconian coronavirus lockdowns in the developed world after the state of Victoria announced a “state of disaster” in response to an uptick in COVID-19 cases.

There have been several instances of police physically tackling people for not adhering to mask wearing rules, including one incident when a woman was placed in a chokehold by a male police officer.

Police have also been given the power to enter people’s homes without a warrant and perform quarantine spot checks.

Drivers are also being asked to show their papers at highway checkpoints simply to get to work.

Anyone caught outside without a mask or violating the 8pm-5am curfew also risks being made to pay a massive fine.

As the post below illustrates, the rules are also being enforced by Australian Defence Force troops patrolling parks and other outdoor areas.

Police also fined a couple for allowing their child to play further than 5km from their home, while also executing a search warrant against and seizing computers belonging to two men who were planning an anti-lockdown protest.

Australia: Authorities Give Themselves Power to Remove Children From Parents to Ensure COVID Compliance