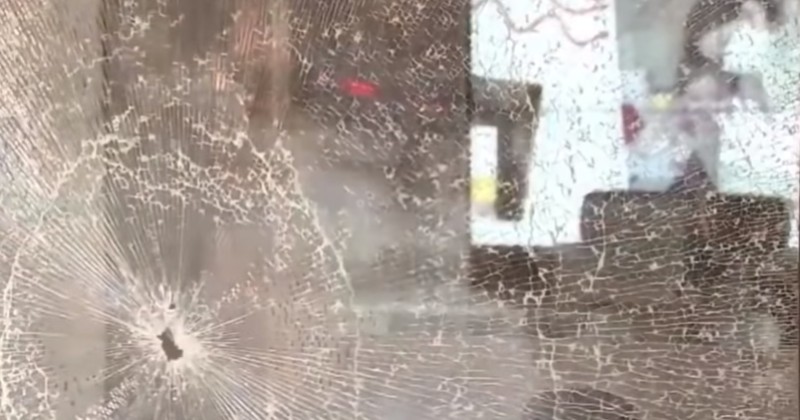 Amidst looting of stores in downtown Chicago on Sunday night, it has now emerged that rioters also attacked a charity building with sick children inside.

The Streeterville neighborhood of Chicago’s Near North Side is home to the Ronald McDonald House, which provides care and support for sick children and their families while they are receiving treatment at nearby Lurie Children’s Hospital.

That building became the target of rioters in the early hours of Monday morning as more than 30 families sleeping inside huddled together in fear.

“The charity said more than 30 families and their sick children were sleeping inside when the looters, who had taken over downtown, ransacking stores and vandalizing properties, started attacking the building,” reports the Washington Times.

The building was placed on lockdown after rioters began smashing front windows and a door had to be boarded up. Thankfully, no one was injured.

According to Lisa Mitchell of Ronald McDonald House Charities, staff were “frightened” and families were put under “additional stress and worry” over fears that they wouldn’t be able to get to the hospital if necessary.

“No one was injured, at least not physically,” writes Dave Blount. “Fortunately, none of the mostly peaceful protesters thought to set the building on fire, as they did recently after blocking exits from the East Precinct in Portland.”

“Anyone who aids and abets rioting shares responsibility for the results, whatever those results may turn out to be. That applies to the Democratic Party, the mainstream media, pro sports, and the rest of the riot-rewarding, pro-BLM liberal establishment.”