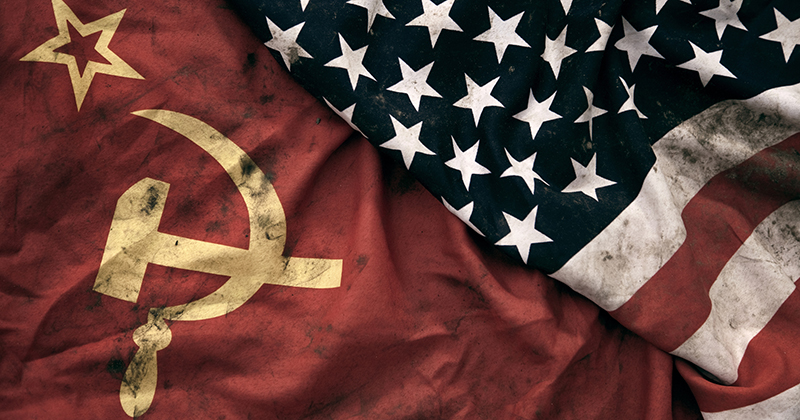 After the founder and leader of the Revolutionary Communist Party USA endorsed Joe Biden for President, the Trump campaign responded by warning that Biden is “an empty vessel for the radical left”.

“Biden deputy campaign manager Kate Bedingfield just this morning made clear that ‘everybody who believes that Joe Biden should be president’ is ‘welcome into this campaign.’ That now includes Bob Avakian, the radical founder and leader of the Revolutionary Communist Party who just endorsed Joe Biden and instructed fellow communists to support Biden in the election.” reads the Trump campaign’s statement.

Avakian told his supporters Saturday that “At this critical hour, every appropriate means of non-violent action must be utilized to remove [Trump’s] regime from power,” adding that “using all appropriate means to work for the removal of this regime must include voting against Trump.”

Avakian also demanded that his followers not vote for any third party candidate.

“To be clear, this means not a ‘protest vote’ for some candidate who has no chance of winning, but actually voting for the Democratic Party candidate, Biden, in order to effectively vote against Trump,” the communist proclaimed.

Avakian admitted that he still believes that Biden and the Democrats are “representatives and instruments of this exploitative, oppressive, and literally murderous system of capitalism-imperialism,” but “he is not Trump and is not part of the move to consolidate and enforce fascist rule.”

“There can be one — and only one — ‘good’ that can come out of this election: delivering a decisive defeat to Trump and the whole fascist regime.” the communist added.

The endorsement has only served to further prove Trump’s previous assertion that Biden is beholden to extreme leftists.

The Trump campaign further noted that “Avakian once faced serious charges of rioting and assault for protesting in favor of Chinese communist Mao Zedong’s bloody and brutal regime. Avakian also titled his memoir My Journey from Mainstream America To Revolutionary Communist. ‘Bob Avakian has taken the whole idea and conception of communism to another level,’ one of his admirers once wrote.”

“Avakian’s endorsement further demonstrates that Joe Biden is an empty vessel for the radical left,” the statement continued, adding “Indeed, Biden is seriously considering communist Rep. Karen Bass to be his running mate. Bass praised Fidel Castro, traveled to Cuba many times as part of a radical communist revolutionary group that trained in terrorist tactics, and eulogized a Communist Party USA member as her ‘mentor’ in 2017.”

“Joe Biden is too weak to be president and too weak to stand up to the radical left. He’s nothing more than an empty vessel for the extremist fringe of the Democrat Party, a terrifying cabal which now includes active communist leaders,” the statement urged.