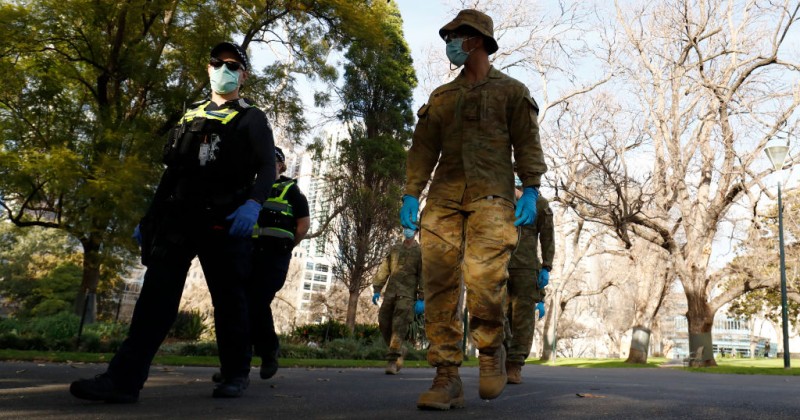 Police in Melbourne, Australia now have the power to enter people’s homes without a warrant and perform ‘spot checks’ to enforce compliance with new coronavirus lockdown rules.

After the state of Victoria announced a “state of disaster” in response to a spike in coronavirus cases, Premier of the state Daniel Andrews told residents, “We can no longer have people simply out and about for no good reason whatsoever.”

In addition to an 8pm to 5am curfew, residents can only leave their homes outside those hours to shop for food and essential items, carry out care and caregiving, as well as daily exercise and work.

The new powers also give police the right to “enter your home to carry out spot checks even if you don’t give them permission and they don’t have a warrant,” reports LockdownSkeptics.org.

Controls on buying have also been introduced, restricting citizens to purchases of no more than two of certain essential items, including dairy, meat, vegetables, fish and toilet paper.

As we highlighted earlier, immediately after the government announced the new draconian measures, police in their hundreds positioned themselves around residential tower blocks to ensure no one could leave.

People were told they must stay in the residence in which they slept the previous night for the next six weeks. Anyone who violates the new rules faces a fine of up to $1,652, an amount which is set to be increased.

As Toby Young writes, the spike in COVID-19 cases in the region could simply be due to the fact that more tests are being conducted.

“Victoria tested almost 43,000 on Sunday, July 26th, twice as many as on normal days, and the peak on Wednesday could be due to the few days delay before the results come through. In addition, a percentage of the positive results are likely due to the extensive contact tracing introduced in the past few weeks, with targeted testing of those who’ve been in contact with other infected people.”

“It looks like a familiar pattern: on the advice of public health officials, a political leader ramps up testing and introduces a track-and-trace programme, then, when the number of cases inevitably increases, the leader panics and introduces draconian new measures.”