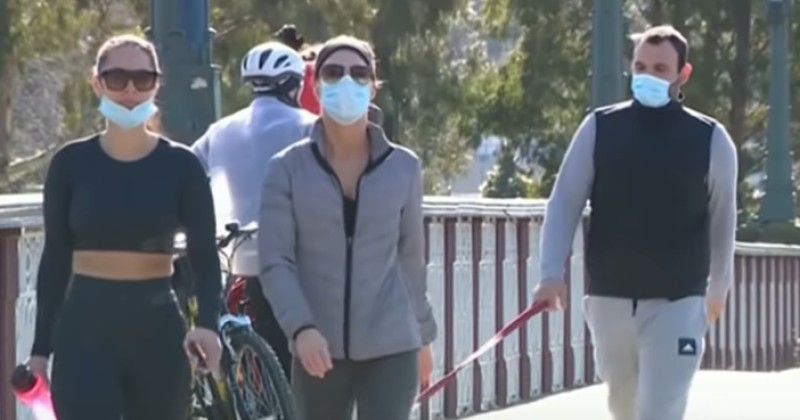 A resident of Melbourne, Australia described how “hundreds” of police surrounded tower blocks to prevent people from leaving their homes immediately after the government announced a strict new coronavirus lockdown.

Under the new rules, which were introduced in response to a spike in COVID-19 across the state of Victoria, residents were told, “Where you slept last night is where you’ll need to stay for the next six weeks.”

A curfew has been imposed between the hours of 8pm and 5am, while only one person is allowed to leave their house per day to pick up “essential” items and must stay within 5km of their residence.

Writing for the website LockdownSkeptics.org, a Melbourne resident described the draconian nature of how the lockdown was enforced as police immediately descended on residential areas to prevent people from going outside.

“Lockdown 2.0 was quickly imposed, a few postcode areas first then all of metropolitan Melbourne. A concern to anyone who values their liberty had to be the total lockdown of a number of housing commission apartment blocks with zero notice.”

“By the time the Dear Leader had finished his announcement on TV that no one would be allowed to leave these tower blocks there were already hundreds of police surrounding them forcibly stopping anyone from leaving. Considering in ‘normal’ times they can’t rustle up two cops to attend burglaries, night-time home invasions or muggings etc. they were able to find 500 of them to police this hard lockdown with no trouble at all.”

The new measures are also being enforced by police equipped with “numberplate recognition cameras to catch and fine anyone not complying with this madness.”

The new lockdown rules are to be enforced until at least September 13.

Melbourne Lockdown: Police Can Enter Homes Without a Warrant to Carry Out ‘Spot Checks’