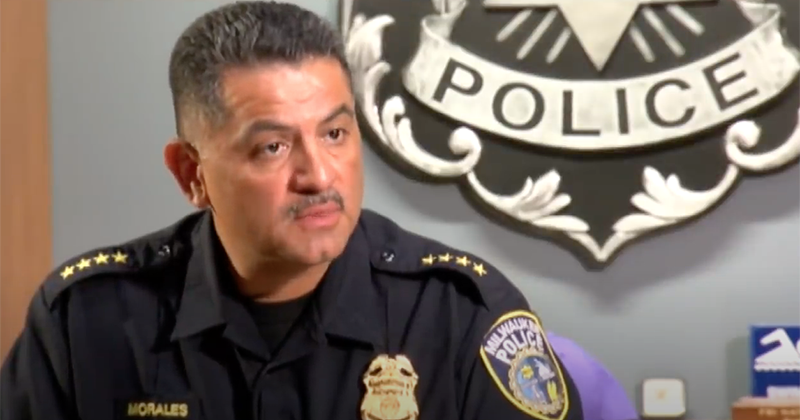 The Associated Press reported Tuesday that more than 100 police agencies across the country have ditched previous agreements to provide security for the Democratic National Convention, scheduled to take place in Milwaukee in August.

The report notes that the move by cops is a reaction to Democrat responses to the anti-police unrest that has raged throughout the Summer.

“They were concerned with directives placed on the police department, including not allowing tear gas or pepper spray,” said Milwaukee Police Chief Alfonso Morales.

“It is apparent there is a lack of commitment to provide the Milwaukee Police Department with the resources it needs to ensure the safety of peaceful protesters, attendees, citizens and police personnel,” noted Wisconsin, Franklin Police Chief Rick Oliva.

“I can not send personnel if they are not properly equipped or will not be allowed to engage in appropriate actions which would ensure their safety,” Oliva added.

“I understand that use of chemical irritants and pepper spray is serious and those are to be used only when legally justified. But when you take that out of the continuum that doesn’t leave the officers much other than getting harmed or using deadly force and that’s not good for any officer or the public,” Waukesha Police Chief Daniel Thompson also warned.

The reaction of police is hardly surprising given that Democrats have introduced reforms to hamper police, and even expressed support for calls to defund the police.

Democrat Ilhan Omar (MN) even described police as a “cancer,” adding “we are saying we don’t want your damn reforms.”

“The Minneapolis Police Department is rotten to the root, and so when we dismantle it, we get rid of that cancer, and we allow for something beautiful to rise, and that reimagining allows us to figure out what public safety looks like for us,” Omar said during a speech at a protest in June.

Italian Pedo Cult Tried to Recruit Members of the Elite