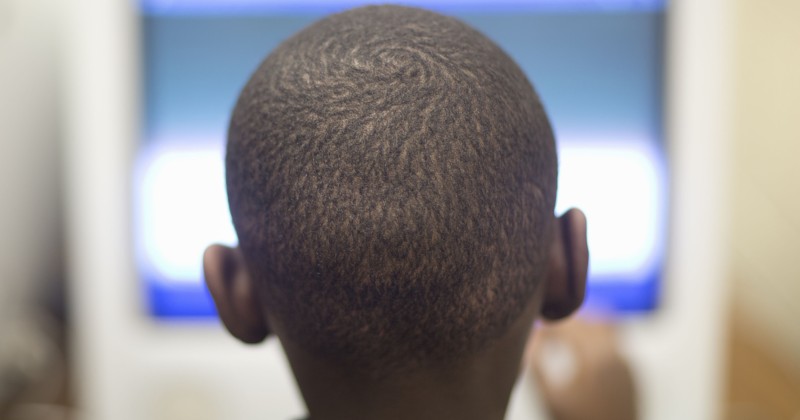 The woke white parents of an adopted 11-year-old black child were shocked to discover that he had made over a thousand dollars selling ‘n-word passes’ to white kids at school.

A woman going by the name of ‘Mortified Mom’ told Slate that she and her husband, who are both white, adopted a 5-year-old girl called Taylor and an infant boy called Martin. The children, who are both black, are now 11 and 16-years-old.

The mother relates how “we’ve done our best to have honest, age-appropriate discussions on race, our privilege, and how messed up the systematic oppression and racism in our country is.”

Being the budding entrepreneur that he is, 11-year-old Martin devised an ingenious revenue-generating scheme – he would sell ‘n word passes’ to his fellow middle school students for $25-$50 a pop.

Unfortunately for Martin, his money making venture was rumbled when he tried to sell one of the passes to his sister’s friend, prompting his sister to grass him up to his parents.

“My husband and I are shocked and angry, and we don’t know what to do,” said the anguished foster mom. “Martin’s actions must have made his fellow Black classmates upset and uncomfortable, and I feel like a horrible mother and person.”

After the mom asked for advice on how to punish the child, respondents to the article suggested that the kid needs a “black man in his life” and that the money should be donated to Black Lives Matter or another “anti-racist” organization.

“That’s one way to redpill a child before high school: hand over his hard-earned money to undeserving Marxist criminals and rioters in the name fighting his own oppression,” comments Censored.tv.

Video: Screeching Woman With Tape Measure Lectures Others For Not Social Distancing