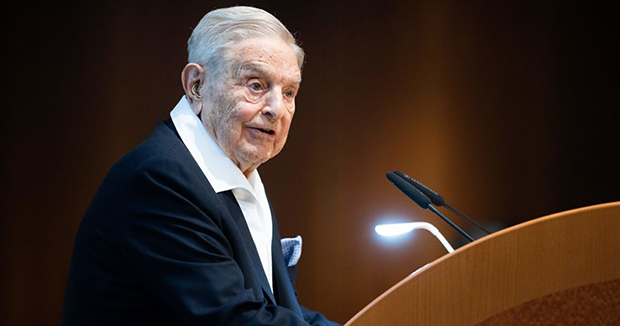 In an interview with the The New York Times, Open Society Foundations President Patrick Gaspard announced that the organisation, headed by billionaire George Soros, is to “double down” on funding “black-led justice organizations”.

The interview was accompanied by a press release from the Open Society declaring that “The largest share of this support—$150 million—will be through a set of five-year grants to Black-led justice organizations that helped to create and now sustain the momentum towards racial equality.”

It also notes that another $70 million will be allocated to “more immediate efforts to advance racial justice,” which include efforts  to “reimagine” policing.

Gaspard noted that the recent uprising in the US and across the world is “the moment we’ve been investing in for the last 25 years.”

“There is this call for justice in Black and brown communities, an explosion of not just sympathy but solidarity across the board,” he claimed, adding that “it’s time to double down.”

“And we understood we can place a bet on these activists — Black and white — who see this as a moment of not just incrementalism, but whole-scale reform,” Gaspard asserted.

Gaspard directly referenced the Black Lives Matter movement, staying that “we need these moments to be sustained. If we’re going to say ‘Black lives matter,’ we need to say ‘Black organizations and structures matter.’”

The Open Society’s bold admission will raise eyebrows given that just weeks ago anyone suggesting Soros’ foundations were providing financial assistance to BLM agitators was labelled a ‘conspiracy theorist’:

Wait, isn't this the same media that said it was a "conspiracy theory" Soros was funding BLM? https://t.co/UXQRplhaOK

Indeed, Soros himself denied that his organisation was providing any funding to protests where violence occurred.