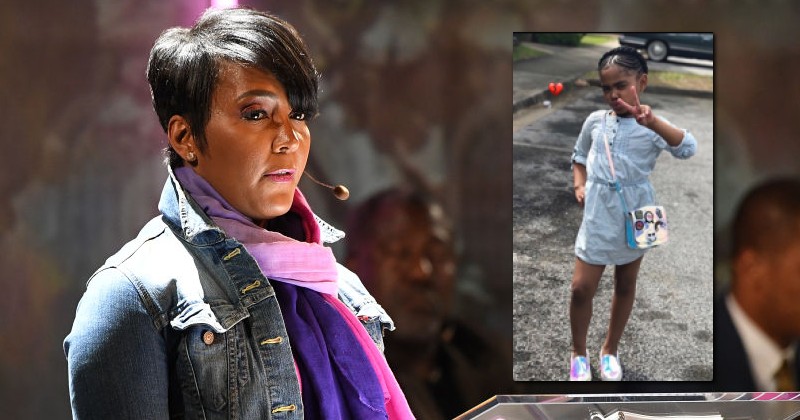 An 8-year-old black girl was shot dead inside a car during a Black Lives Matter protest, leading the Mayor of Atlanta to proclaim, “We are shooting each other on our streets.”

The shooting happened on July 4 near the same Wendys that was torched by BLM protesters in response to the police killing of Rayshard Brooks less than a month ago.

“A crowd of protesters gathered there and erected barricades. A car tried to enter the area to find a place to park, but was blocked by the activists,” reports RT.

JUST IN: We just got these photos of 8-year-old Secoriea Turner, who was killed last night near the Wendy's where Rayshard Brooks died: https://t.co/U2niKwoxXF pic.twitter.com/GI9zpSlbLl

“In the ensuing confrontation, at least two people in the crowd opened fire at the vehicle, hitting Secoriea Turner, 8, police said. She was taken to Atlanta Medical Center, where she died from her wounds.”

The gunmen responsible for Turner’s death are still on the loose.

“You can’t blame it on police officers,” said Mayor Keisha Lance Bottoms. “You can’t say it’s about criminal justice reform. This is about some people carrying weapons, who shot up a car with an eight-year-old baby. For what?”

“In the civil rights movement there was a defined common enemy,” she added. “We are fighting the enemy within. We are shooting each other on our streets. You’ve shot and killed a baby!”

Despite the Mayor’s plea, some Black Lives Matter supporters blamed her for taking away attention from police brutality.

“You gotta stop all the crime your community before you can demand the state-sanctioned murder by cops stop” is how you sound right now, Keisha

Meanwhile, elsewhere in Atlanta, 14 people were shot and two died during a July 4 street party on Auburn Avenue.

Video footage of before and during the shooting shows that virtually all of the attendees at the party were black.

This was before the shooting on Edgewood / auburn! ATLANTA ALWAYS TURNT pic.twitter.com/Xgndc5Dqa1

Edgewood was too wild bra pic.twitter.com/AQyo9Qxopc

Meanwhile, in Chicago, 67 people were shot, 13 fatally, over the July 4 weekend, with 9 of the victims being minors. Two children died.

One of the victims was a 7-year-old girl who was shot in the head while standing on the sidewalk at her grandmother’s house.

“Tonight, a 7-year-old girl in Austin joined a list of teenagers and children whose hopes and dreams were ended by the barrel of a gun,” Mayor Lori Lightfoot wrote on Twitter on Saturday.

Tonight, a 7-year-old girl in Austin joined a list of teenagers and children whose hopes and dreams were ended by the barrel of a gun.

Don’t expect any ‘Black Lives Matter’ marches to take place in honor of any of the black children shot by black men over the last few nights.

Apparently, black lives only “matter” when they are taken by white people.