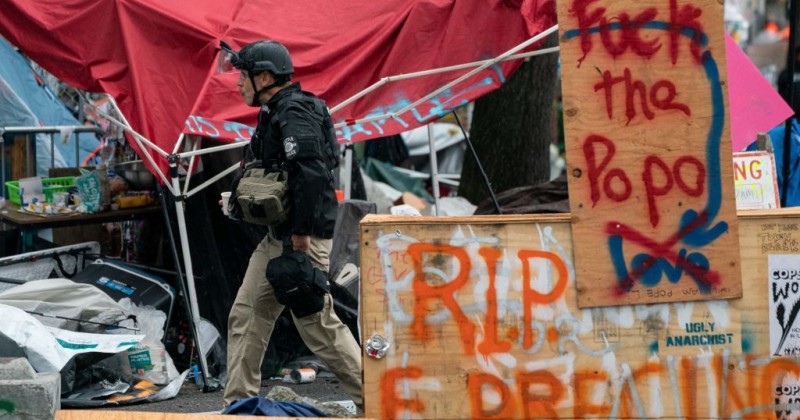 After characterizing the infamous CHOP area of downtown Seattle as a “summer of love,” Mayor Jenny Durkan was eventually forced to acknowledge that the failed communist experiment was responsible for a whopping 525 per cent spike in crime.

As we highlighted yesterday, following weeks of violence and chaos, CHOP was finally dismantled by Seattle police, but only after occupiers marched on Mayor Durkan’s 5,000 sqft., $7.6 million house.

For almost the entirety of June, the area was plagued with fights, bickering, robberies and rapes, with occupiers targeting both outsiders and each other.

It has now emerged that compared to the same period last year, from June 2 to June 30 there was a 525 per cent jump in crime.

This figure is even greater than the 300% number repeatedly cited by Seattle Police Chief Carmen Best.

Rather embarrassingly, after proclaiming a “summer of love” and telling President Trump, “Seattle is fine, don’t be so afraid of democracy,” Mayor Durkan was forced to acknowledge the numbers in her own emergency order.

The order states that there were, “22 additional incidents, in person-related crime in the area, to include two additional homicides, 6 additional robberies, and 16 additional aggravated assaults (to include 2 additional non-fatal shootings).”