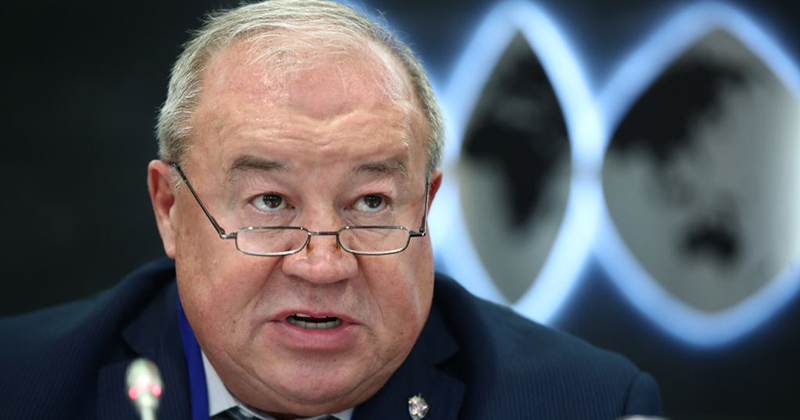 The head of Russia’s Anti-Terrorism Center has warned that terrorists are intentionally trying to spread the coronavirus, using it as a form of bio-weapon.

Andrei Novikov, head of Russia’s Commonwealth of Independent States (CIS), told Russian state news agency Tass that the terrorists are using the health crisis to further their own agendas.

“While governments are trying to ensure health security, focusing on protecting the lives and health of their people, recruiters of international terrorist groups are not just taking advantage of the difficult situation in order to recruit more ‘Jihad soldiers,’ they are calling on infected members to spread COVID-19 as wide as possible in public places, state agencies and so on,” Novikov said.

The anti-terror chief also noted that terrorists have been hampered by lockdowns and so are finding other ways of recruiting and spreading fear.

“As the population started moving into self-isolation and borders between countries were closing, the level of terrorist activity had somewhat decreased,” Novikov said.

“The reason is obvious – it became significantly more difficult for terrorists to move around, especially between countries, given that border control as well as disease control and prevention were heightened,” he continued.

Novikov further added that online “Media centers were activated which combine the spread of terrorist and extremist ideology and the recruitment of new members.”

He stated that anti-terror efforts are now focusing more on stopping the spread of misinformation designed to induce societal collapse.

“Above all, they are linked to mobilization technologies to ensure public safety, to thwart the spread of unreliable information and any attempts to wreak panic and social tension,” Novikov asserted.

Interestingly, Novikov also claimed that terrorists are using resentment against government imposed lockdowns, as well as a “declining quality of life” in countries hit hardest by the coronavirus, to entice new recruits.

“There is a common understanding that the objective “social fatigue” should be separated from the restrictions introduced and its artificial amplification in order to destabilize the constitutional structure,” Novikov stated.

The warnings echo those of European Union counter-terrorism coordinator Gilles de Kerchove, who recently noted that terrorists are planning to use upheaval caused by the coronavirus pandemic to find holes in the national security of target countries.

Kerchove warned that a “massive amount of money that will be spent to address the economic, social, and healthcare consequences of the virus” should not be taken away from national security spending.

“We must prevent the one crisis ending up producing another,” he urged.

“‘Since when has clothing not been essential?” 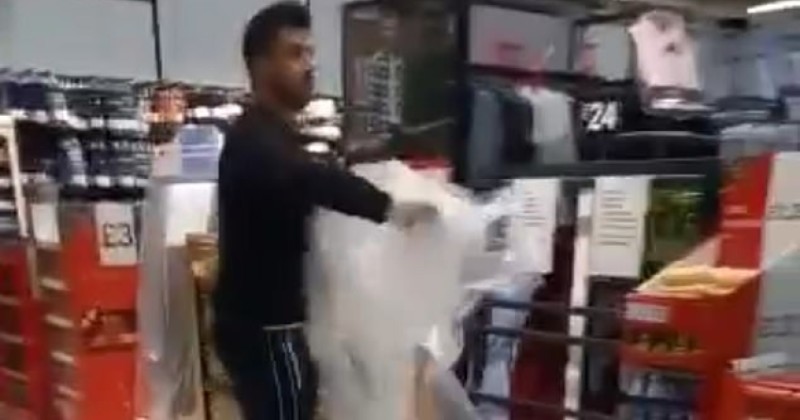 A video out of Wales shows a furious shopper in a branch of Tesco tearing away plastic sheeting used to cover “non-essential” goods while decrying a COVID lockdown that is robbing people of “basic human needs.”

As we highlighted yesterday, photos began emerging of bedding and other supermarket items deemed “non-essential” being covered with plastic sheeting to prevent people in Wales from buying them.

Now a new video has emerged of an irate Welshman tearing down similar sheeting in a branch of Tesco in Bangor last night.

“Since when have clothes been exempt?, rip the f***ers off… kids’ f***ing clothes, it is a disgrace,” said 28-year-old Gwilym Owen as he tore away the sheeting.

“All you need to do is don’t comply and take them off,” he added as he continued to remove the protective covering.

After a member of security approached Owen, he responded, “‘Since when has clothing not been essential?”

At the end of the clip, other members of staff appear to try to take the cameraman’s phone away from him while he is recording.

Owen subsequently explained his actions on Facebook, noting that he didn’t care about the backlash because he had “had enough” of the restrictions.

‘I heard supermarkets have put covers over ‘non essential’ things such as clothes. We’re heading into winter now and who would have thought clothes for children weren’t essential?’

‘I’m sure there are people out there who can barely afford heating in their houses and now they want to stop people buying clothes in supermarkets.

‘So no I’m not ashamed of what I’ve done.

‘I’m not prepared to live in a society where they can take basic human needs away like being able to buy new clothes, especially for children. So I’ll do what I can to stop it.

‘I’ve had it up to my tether with what’s going on and we need more people to take a stand for.

Tesco responded by saying they had been ordered by the government to cover up the items.

The new lockdown, ludicrously referred to as a “circuit breaker,” will be imposed for 17 days and is expected to further wreck the Welsh economy.

Products in supermarket covered up with plastic sheeting. 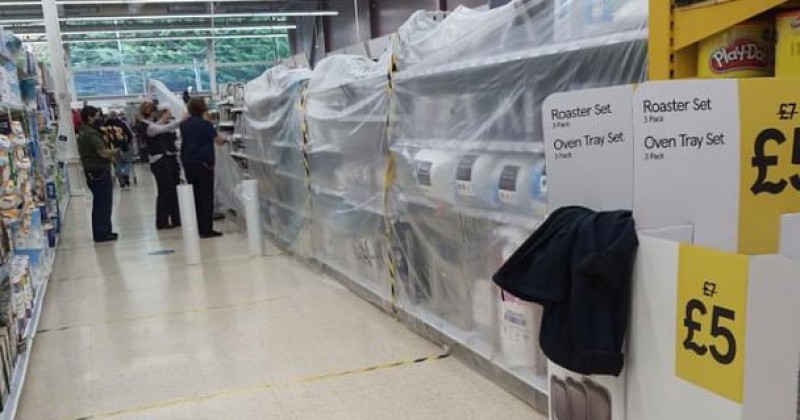 People living under new lockdown rules in Wales have been prevented from buying so-called “non-essential” items, which are being covered with plastic sheeting at supermarkets.

“Non-essential items being covered up in supermarkets in Wales. Has it really come to this?” asked journalist Grant Tucker.

The image shows shop workers covering up what appear to be duvets and other bedding products.

Non-essential items being covered up in supermarkets in Wales. Has it really come to this? pic.twitter.com/YwtIUjgc8P

Why people should be prevented from buying bedding products during a coronavirus lockdown is anyone’s guess, but it’s par for the course given how much society has been deformed thanks to such petty restrictions.

As we previously highlighted, during the first lockdown back in April, a police force in the UK threatened to start searching people’s shopping baskets in order to catch coronavirus lockdown violators.

In the same month, one shopper was fined by police for buying wine and potato chips, which were deemed to be “non-essential” items. 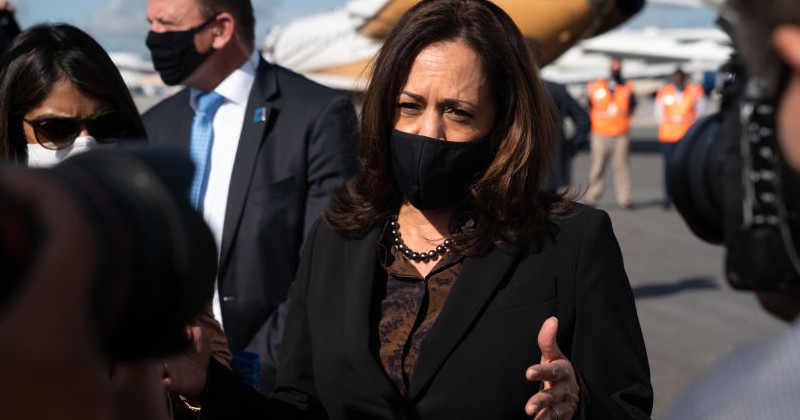 Kamala Harris has one-upped Joe Biden’s numerous coronavirus speaking gaffes after she claimed that 220 million Americans had died as a result of COVID-19.

“We’re looking at over 220 million Americans who just in the last several months died,” said the Vice Presidential candidate.

Harris obviously meant to say 220 thousand, but her verbal slip up is a continuation of a trend that has befallen Joe Biden on several occasions.

During a speech honoring Ruth Bader Ginsburg last month, Biden blamed President Trump for the spread of the virus and stated, “It’s estimated that 200 million people have died—probably by the time I—finish this talk.”

A month later, the former VP claimed that coronavirus had killed 120 million Americans.

One wonders whether the verbal gaffes are making some Americans actually believe that the COVID-19 death toll is actually far higher than the real number.

A survey published earlier this year found that the average American thought 9 per cent of the population had died from coronavirus, a figure which equates to over 30 million people.