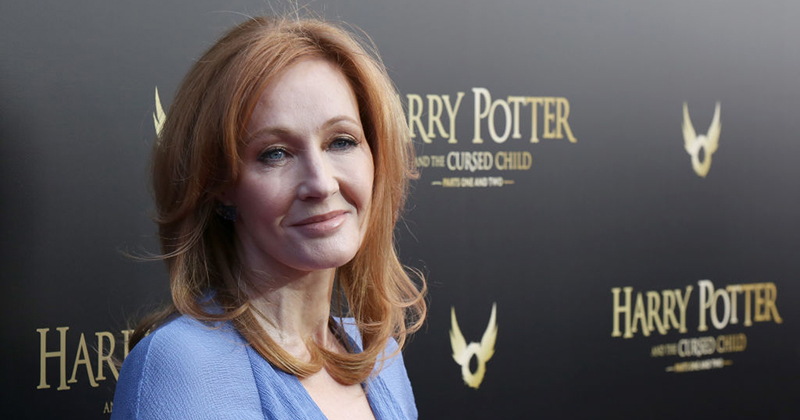 Author JK Rowling took to Twitter once again Sunday and posted another string of tweets condemning the trans-activist movement, noting that she has received thousands of emails of support from people who are concerned it is being used to further sexual assault.

Rowling’s posts came in response to a commentary piece by Labour MP Lloyd Russell-Moyle over the weekend, charging that Rowling is using her history of sexual assault, which she revealed in a recent essay, as “justification” for “discriminating” against transgender people.

Russell-Moyle apologised to Rowling after receiving a backlash over the piece.

“JK Rowling’s first disclosures of domestic abuse and sexual assault in her recent article on trans issues were heartfelt and must have been hard to say.” the MP wrote.

“Whilst I may disagree with some of her analysis on trans rights, it was wrong of me to suggest that she used her own dreadful experience in anything other than good faith,” he added.

Rowling responded to the apology, again defending her position and noting that “professionals working in women’s refuges, the prison service, the social work system, the criminal justice system and the police” have all related stories to her about trans activism being misused by predatory individuals.

Today I discovered that I was accused of hate by shadow environment minister Lloyd Russell-Moyle in the pages of @tribunemagazine. He claimed I was ‘using’ my experiences of sexual assault and domestic violence to ‘discriminate’ against trans people. 1/9

This morning, Mr Russell-Moyle issued an apology on Twitter, although he didn’t trouble to tag me in. Coincidentally, his change of heart occurred after his remarks were repeated in national newspapers with higher circulations than @tribunemagazine. 2/9

For those who’d like to know what triggered the shadow minister’s original accusation, these are the relevant paragraphs of the essay I wrote a couple of weeks ago. The full piece can be read here https://t.co/Vs4V1yfGkA pic.twitter.com/6H90WZfqPG

Since writing my essay, I’ve received over 3000 emails thanking me for speaking up. I’ve been brought to tears many times while reading, sometimes out of gratitude for their kindness, but also because many women have shared their own experiences of violence & sexual assault. 4/9

Some emails came from professionals working in women’s refuges, the prison service, the social work system, the criminal justice system and the police. All expressed concerns about the aims and methods of current trans activism. 5/9

As I stated in my essay, my primary worry is the risks to vulnerable women. As everyone knows, I’m no longer reliant on communal facilities, nor am I likely to be imprisoned or need a women's refuge any time soon. I’m not arguing for the privileged, but the powerless. 6/9

When so-called leftists like @lloyd_rm demand that we give up our hard won sex-based rights, they align themselves squarely with men’s rights activists. To both groups, female trauma is white noise, an irrelevance, or else exaggerated or invented. https://t.co/4Axo36pGWt 7/9 pic.twitter.com/vhvQRVRGHu

I accept @lloyd_rm's apology in the hope that he’ll dig a little deeper than hashtags and slogans. He might then understand why increasing numbers of people are deeply concerned about @UKLabour’s position on women’s rights. 9/9

In her previous essay, Rowling labeled critics of her “transphobia” victims of “groupthink” and charged that they are putting women at risk.

“When you throw open the doors of bathrooms and changing rooms to any man who believes or feels he’s a woman – and, as I’ve said, gender confirmation certificates may now be granted without any need for surgery or hormones – then you open the door to any and all men who wish to come inside. That is a simple truth,” Rowling wrote.

The author is sticking staunchly to her views, despite being fiercely targeted by ‘woke’ critics, even within the literary agency and the publishing house she is associated with.

Fortunately for Rowling both companies have backed her, which may or may not be to do with the fact that she sells tens of millions of books every year.