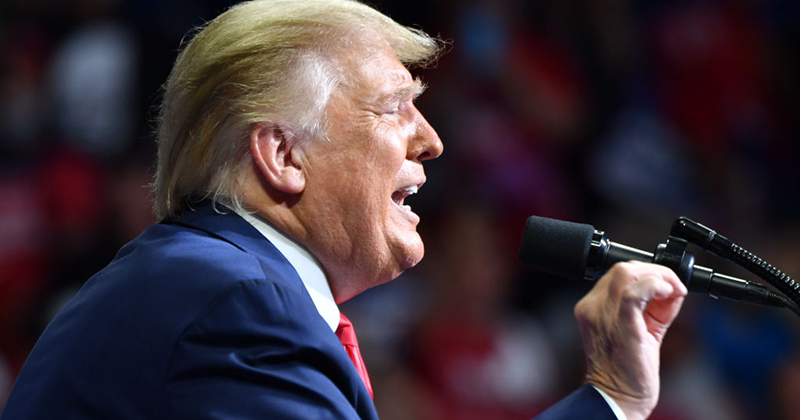 In the wake of ongoing attempts by mobs nation-wide to destroy statues they deem to be ‘racist’, President Trump has vowed to issue an executive order that would force cities to protect monuments.

Trump made the comment in an interview Monday, stating “You saw Ulysses S. Grant, where they want to take him down. He’s the one that stopped the ones that everybody dislikes so much. It’s a disgrace.”

“It’s a disgrace. Most of these people don’t even know what they’re taking down.” the President urged.

When asked “Is there anything you can do?” by the interviewer, Trump replied “We’re going to do an executive order, and we’re going to make the cities guard their monuments. This is a disgrace.”

Trump’s comments dovetail with a warning he issued last night to violent protesters who tried and failed to bring down a statue of Andrew Jackson in Lafayette Square adjacent to the White House.

Numerous people arrested in D.C. for the disgraceful vandalism, in Lafayette Park, of the magnificent Statue of Andrew Jackson, in addition to the exterior defacing of St. John’s Church across the street. 10 years in prison under the Veteran’s Memorial Preservation Act. Beware!

The President followed up this morning with further notifications:

I have authorized the Federal Government to arrest anyone who vandalizes or destroys any monument, statue or other such Federal property in the U.S. with up to 10 years in prison, per the Veteran’s Memorial Preservation Act, or such other laws that may be pertinent…..

…..This action is taken effective immediately, but may also be used retroactively for destruction or vandalism already caused. There will be no exceptions!

Good to see federal US Park Police involved and arresting these criminals. Keep up the pressure, @realDonaldTrump! #LawAndOrder! https://t.co/jAI7wNzkIz

It’s about time DC police showed up to stop the mob. If Muriel Bowser won’t allow the police to do their job, @realDonaldTrump should deploy federal law enforcement to protect this 168-year-old statue and every other landmark in our nation’s capital. https://t.co/J6RUDTEbYh