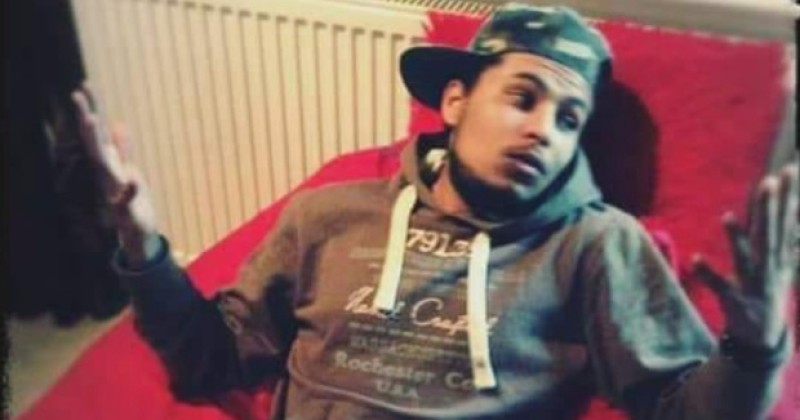 The brother of the Libyan refugee who stabbed three people to death in Reading on Saturday night said the terrorist was merely “defending himself” against “racist countries” like the UK.

25-year-old Khairi Saadallah was arrested after launching a vicious attack on a group of people in a park at around 7pm, killing three and injuring three others as he stabbed them in the neck.

Authorities quickly concluded that the incident was a terrorist attack and later carried out a raid and a controlled explosion at the suspect’s home.

However, the terrorist’s brother responded to the news story on Facebook by claiming that his sibling was a victim of “racism” and that he was merely “defending himself” by stabbing three people to death.

“This is not true. Khairi defended himself … racist countries. Freedom for my brother Before !!” claimed Mo Saadallah.

“We are not terroris (sic) and fuck England,” he later posted. 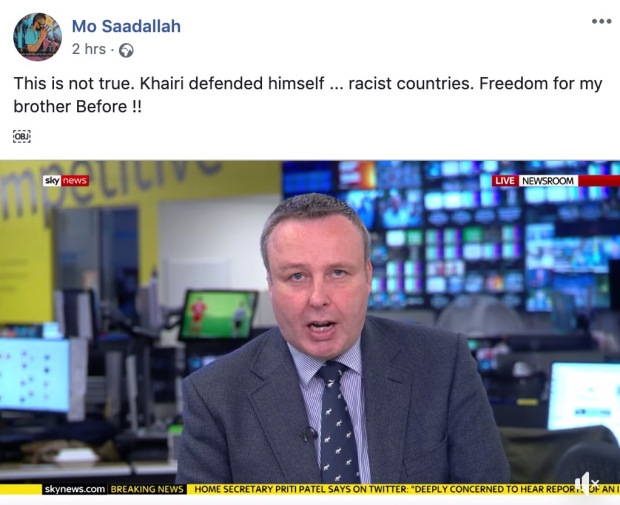 20-year-old eyewitness Lawrence Wort described the horror that unfolded during the attack.

“Suddenly shouted some unintelligible words and went around a large group of around 10, trying to stab them.

“When he realised that he couldn’t catch us, he tried to stab another group sat down.

“He got one person in the back of the neck and then when he realised everyone was starting to run, he ran out the park.”

The terrorist arrived in the UK claiming to be a tourist, but later claimed asylum on the grounds that his life was being threatened by Islamists in Libya who took over the country after Hillary Clinton and Barack Obama oversaw regime change and the fall of Colonel Gaddafi.

The United Kingdom doesn’t have a very good history with Libyan refugees.

Salman Abedi was rescued from the civil war in Libya in August 2014 by the British Royal Navy.

He went on to blow himself up at an Ariana Grande concert being held at the Manchester Arena, killing 23 people and wounding 139, more than half of them children.

“Anybody who is caught in the act of coming in should be immediately placed back on the other side.” 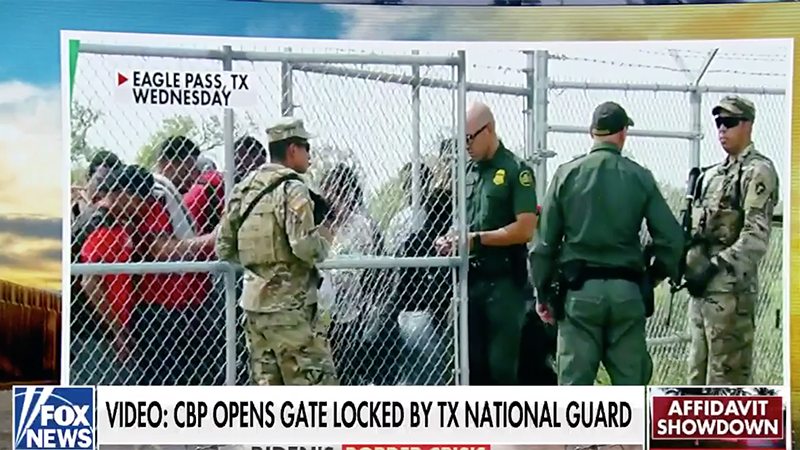 Video of Border Patrol agents unlocking a gate in Eagle Pass and allowing illegal immigrants to pour through after the National Guard had locked it prompted Senator Rand Paul to call for a ‘zero tolerance policy’ to be implemented.

Fox News reporter Bill Melugin tweeted footage of the incident, noting “For the first time, we witnessed the TX National Guard close & lock a gate on private property at a major crossing area in Eagle Pass, denying entry to migrants who just crossed illegally & expected to be let in. Border Patrol then came w/ a key & let them in for processing.”

Meliugin also noted “Border Patrol opening gates etc to allow migrants in is not new. They have to process migrants on US soil per federal law. What’s new is TX is now closing the gate & denying entry at this major crossing location. Always open in months past, including this video I shot in May.”

Commenting on the video, Senator Rand Paul stated “The Democrats love illegal immigration, and so they have not been willing to change the laws.”

The Senator further explained that he would like to see more incentives for legal immigration as a way of stemming the influx of undocumented migrants.

“We should put more resources to allow more people to come and apply in a normal fashion at the port of entry. But I would have zero tolerance.”

“Once you did that for about six months, and while I was not opposed to the wall, I think you could do it with helicopters and with maybe 50 stations along the border, and you could have it done in a month,” Paul said:

According to data from Customs and Border Protection, more than two million people have attempted to cross the border in the 2022 fiscal year so far.

That figure equates to a 22 year high.

‘Refugees’ given free hotel rooms, a swimming pool, 3 free meals a day and free cash in the UK staged a rooftop protest, complaining they wanted to be sent to a different city.

It Wasn’t An Accident

It was all deliberate.

New stats released in the UK show nearly 1 of every 3 babies is born to a foreign mother.

None of this was accidental.