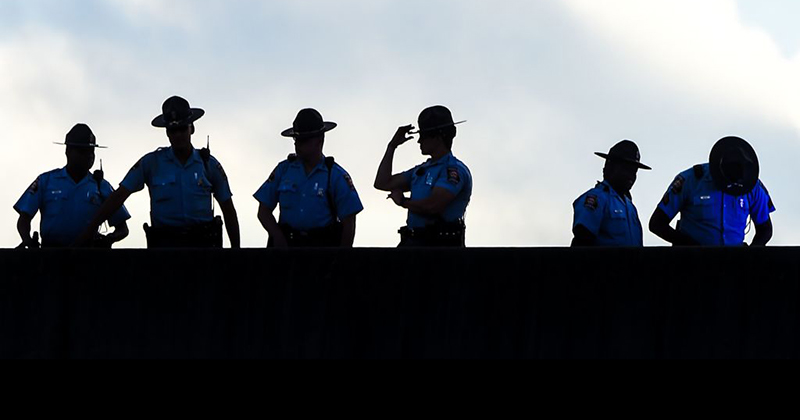 In response to charges, including felony murder, being brought against their former colleague, Atlanta Police officers walked off the job last night, according to multiple reports.

What the media isn’t reporting about #RayshardBrooks needs to go viral. This CRIMINAL caught a felony for beating his wife and terrorizing his children. He was violent his entire life, up until the last moments.

How DARE the media try to spin him into a victim? pic.twitter.com/pkkKDXghxO

Rolfe faces 11 counts including felony murder and aggravated assault, criminal damage to property, and violations to his oath of office.

A FOX affiliate in Atlanta also reported on the police walkouts, noting it had “received several tips that officers were walking off the job en masse.”

A CBS affiliate in Atlanta also reported that police are walking out in solidarity with Rolfe:

Several Atlanta Police officers have reportedly walked off the job at precincts across the city. The claim comes hours after charges were filed against ex officer Garrett Rolfe and Officer Devin Brosnan in the Rayshard Brooks’ case.

The buzz of patrol officers staging walkouts and refusing to answer calls from Precincts 3,5,6 and others began circulating social Wednesday evening. CBS46 confirmed the walkout through sources at 8:30 p.m.

Other reports indicated that officers intentionally failed to respond to calls in three of the department’s six zones.

My contacts in the Atlanta Police Department inform me that members from evening shift Zone 4 walked off the job shortly followed by Officers in Zone 3 and 6. The good members of the @Atlanta_Police will not stand for @FultonCountyDA’s activism in place of applying the law. https://t.co/PDWZNgFeXb

People monitoring police scanners claimed there was near radio silence.

DEVELOPING: Some Atlanta police officers are not responding to calls in protest after ex-cop charged with murder in death of #RayshardBooks

Department says they “have enough resources to maintain operations” pic.twitter.com/0PtMjFFuR7

Are Atlanta Police quitting? Awfully quiet in Zone 6 (radio silence almost) – rumors said all of Zone 6 Police had quit (along with half of the Police) — still rumors at this point, but the near radio silence on the dispatch is very odd.https://t.co/t4pHsTHuiW

The Atlanta Police Department denied the reports, however:

Earlier suggestions that multiple officers from each zone had walked off the job were inaccurate. The department is experiencing a higher than usual number of call outs with the incoming shift. We have enough resources to maintain operations & remain able to respond to incidents.

The mayor of Atlanta has declined to comment on exactly how many officers walked off the job or called in sick.

Atlanta Mayor Keisha Lance Bottoms says morale in her city's police department "is down ten-fold" amid reports officers are calling in sick tonight.

"We expect our officers will keep their commitment to our communities," she added. https://t.co/yHd6ZAY3vs pic.twitter.com/XsrvktkItX