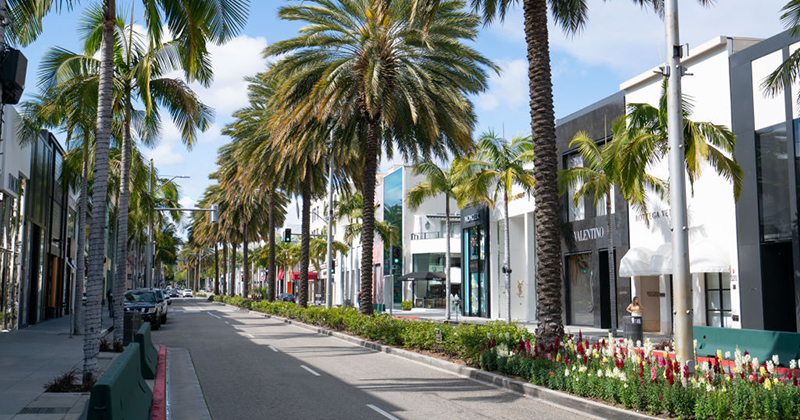 While celebrities and wealthy virtue signallers are all too eager to rally behind leftist mobs with support and donations, they will be assuredly safe in their gated mansions as the city of Beverly Hills issued an emergency order to ban all protests in the area, ensuring there will be no lawless ‘autonomous zones’ springing up on their doorstep.

“To preserve the peace and tranquility of residential neighborhoods, effective tonight and until further notice, no more than 10 people shall gather in an assembly in a public right of way in a residential area between the hours of 9 p.m. – 8 a.m.,” an announcement proclaimed on the city’s social media accounts.

To preserve the peace and tranquility of residential neighborhoods, effective tonight and until further notice, no more than 10 people shall gather in an assembly in a public right of way in a residential area between the hours of 9 p.m. – 8 a.m. More: https://t.co/EVjLWqWgE5

“An assembly is defined as any gathering or group of 10 or more people on a public street, sidewalk, or other public places if those 10 people have a common purpose or goal,” the order notes.

“Any assembly that is silent, such as a candlelight vigil, and gatherings on private property are exempt from this emergency order.” it clarifies.

Sitting quietly on your own with a candle is about as raucous as it will get in the 90210.

The emergency order seems to be a response to a recent ‘protest’ involving loud music that went on til 1am (the horror).

Residents were also unimpressed back in May when portions of protesters began looting on Rodeo Drive, smashing up the likes of Gucci and Dior shops.

BREAKING: Large group of protrsters just returned to Rodeo Drive. I just saw these two masked white guys deflate the tires on several police vehicles, then the female in all black pulled a metal tool from her coat and tried to do the same. @FOXLA pic.twitter.com/zSsoOiU25J

Looting on Rodeo Drive now too. Gucci broken into. pic.twitter.com/1qbHnkfqA3

I thought the Hollywood elite LOVED all these “peaceful protests” when they were in somebody else’s town.

This tweet makes my heart happy. I thought the protesters were just going to be happy burning down black neighborhoods and black-owned businesses, but it appears woke Hollywood is next. #burnitdown #vurtuesignalthatyouretard

Oh so rich liberals talk about how they support the protests but still maintain the not in my backyard thought. #chaz should set up a second place

AHHHH….It is ok for you Hollywood Liberals to support the protesters as long as they don't do it in YOUR neighborhood!

What’s good for thee is not for me. What a stinking bunch of HYPOCRITES!!! Understand something folks, the rich, liberal Hollywood Hypocrites don’t give a damn about you. They’re just showing each other & their followers how woke they are. But don’t you dare come to their house

So the residents of your community have no problem financing protesting, rioting, and bedlam in the rest of the US, but draw the line at such activities in Beverly Hills? Such ethics appear to be in line with the bulk of your residents.

Lol. I was waiting on Beverly Hills. Ha ha – go get 'em Antifa and BLM. Start with Rob Reiner, Bette Midler, Cher or Alyssa Milano…it's all good. In all seriousness, this is the leftist ideology on full display. Elites don't mingle with the hired help.