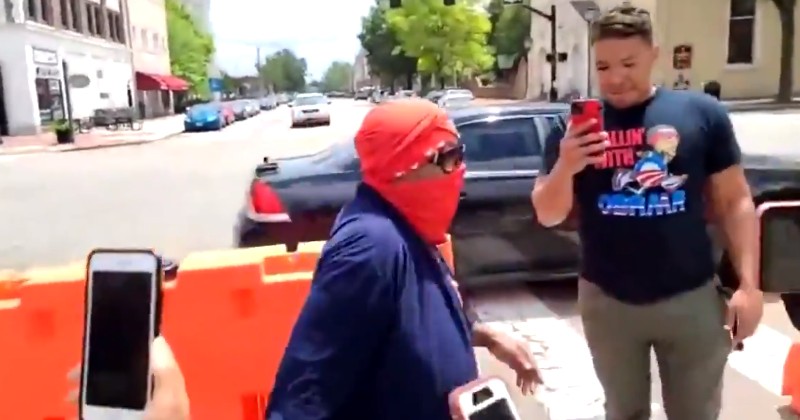 Virginia Senator Louise Lucas told Portsmouth City police officers to stand down and urged Black Lives Matter protesters to “wreck” a statue that was later toppled and struck a man in the head, leaving him in a coma.

Shocking video footage of the incident shows one of the four bronze soldiers on the Confederate monument being torn down by an angry mob, only to immediately strike a man in the head, leaving his skull split open.

The victim was later named as BLM protester Chris Greene, who remains critically ill in a coma.

It has now emerged that Senator Louise Lucas was responsible for inciting the mob to target the statue.

A video clip shows Senator Lucas wearing a full face covering as she tells the crowd that the police cannot intervene because the monument is on city property.

Lucas then reveals her face to police before continuing.

“This is city property and [Mayor] John Rowe knows it, [City Manager] Dr. Patton knows it. And if they’d have listened to the Vice Mayor and Shannon Glover when they introduced [removing] this [statue] thing to the City Council in the first place they could’ve put a tarp over this thing and all of this would’ve been resolved it wouldn’t even have been necessary. So if the city had done what they were supposed to do these citizens wouldn’t have to do it. So there you go!”

She then openly incites the mob to take down the statue, telling them, “Go ahead wreck it!”

Despite Portsmouth Vice Mayor Lisa Lucas-Burke telling the mob that the city council would be meeting to determine the statue’s fate, almost certainly resulting in its removal, Lucas escalated the situation, asserting, “But this is city property and anybody who pays taxes in this city got a right to be on their property. To hell with city council!”

“That’s alright, the city has had 3 years to cover it, y’all cover it!” she added.

The crowd then shouted “you heard her!” before the statue was targeted later that evening and Greene was left fighting for his life.

The council would have almost certainly decided to remove the statue anyway, but because the mob couldn’t wait a few weeks and wanted to carry out their ritualistic destruction of America’s heritage, a man is now on the verge of death. 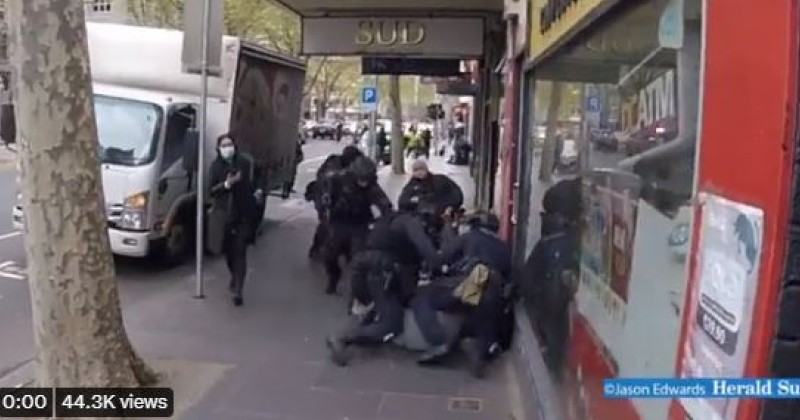