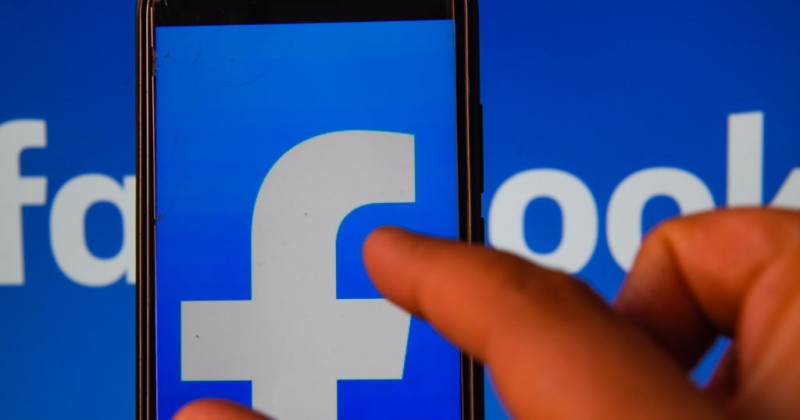 A former advisor to Steve Jobs warns that Facebook is “destroying the very fabric of human relationships” by making its users become addicted to anger.

During a question and answer session at the 2020 CogX conference, Joanna Hoffman was asked about the cult of leadership within Silicon Valley.

“As I look at Facebook, for example, I keep thinking are they really that ignorant or is this motivated by something … darker than what appears?” she said.

“You know it’s just like tobacco, it’s no different than the opioids,” she added. “We know anger is addictive, we know we can attract people to our platform and get engagement if we get them pissed off enough. So therefore what, we should capitalize on that each and every time?”

Twitter has become a monstrous echo chamber of hysterical nonsense controlled by outrage mobs who abuse the platform to threaten criminal acts as well as intimidating, doxxing and attempting to ruin people’s lives for the sin of holding an alternate opinion.

Much criticism of social media is framed in the context of its “threat to democracy,” despite the fact that both Twitter and Facebook are more censorious than ever, with the overwhelming target being conservatives and anyone who offends woke jihadists.

In reality, the real damage being done by these platforms is to people’s mental health, to the cohesion of a functioning society, and to the concept of free speech itself.

“Offensive” Gravestones at UK Cemetery Covered Up With Wooden Pallets 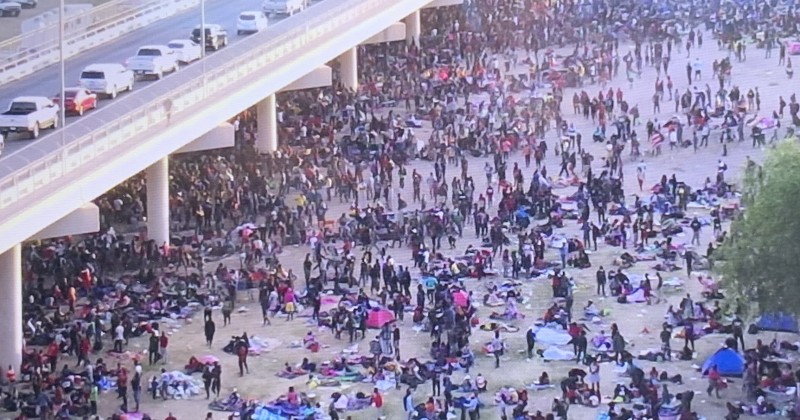 A media outlet has filed a lawsuit in response to the Biden administration’s attempt to censor coverage of the 10,000-plus strong Haitian migrant army amassing under the Del Rio International Bridge by banning drones from flying over the area.

After Fox News, Infowars and other media outlets captured shocking footage of the huge mass of migrants, the FAA issued new flight restrictions banning the flight of Unmanned Aircraft Systems (UAS), a clear attempt to help the White House cover-up what’s really going on and control the narrative.

The lawsuit, filed by Free Speech Systems, argues that the federal government’s shut down of drone coverage “serves no other purpose than to hamper the efforts of the press in covering the unfolding crisis, in violation of Free Speech Systems’ First Amendment rights and should not stand.”

“Because of the significant number and the remote location of the migrants, it is difficult for the press to photograph the mass of migrants with traditional means, which renders the press unable to fully express the scope of the crisis in visual format, which is a critical component of the news stories that are being covered on the ground,” argues the lawsuit.

It further asserts that the use of drones is a crucial “newsgathering tool to capture images and videos of the mass of migrants and to measure, estimate, and document facts such as crowd size and movements across the border during this breaking news event and humanitarian crisis.”

The federal government’s ban on drones represents interference in the function of newsgathering and the exercise of the First Amendment, the lawsuit states, adding that drones do not represent a security risk because they operate below 400 feet, an elevation “not likely to interfere with the operation of manned aircraft, including any government aircraft that may be operating in the area.”

NEW: We’ve learned that the FAA just implemented a two week TFR (Temporary Flight Restrictions) over the international bridge in Del Rio, TX, meaning we can no longer fly our FOX drone over it to show images of the thousands of migrants. FAA says “special security reason”. pic.twitter.com/aJrjAPO2Pz

The lawsuit demands that the feds immediately rescind the ban on the use of drones for newsgathering purposes.

With at least 10,000 migrants already gathered in the area, intelligence suggests that this number could at least double in the coming days, emphasizing again why the Biden administration would like to censor the press to stop the truth being broadcast.

Infowars was able to capture shocking exclusive footage before the ban took effect after a launching a drone from the Mexico side of the border. Look out for that to be posted soon.

We won't let the FAA control the news you get. Watch this video and see how @faanews tried to shut down our newsgathering on the southern border. That can't happen. Our own @BillFOXLA will be back with us on @FoxNews tomorrow at 8pm ET. pic.twitter.com/4WIJCC0O4y 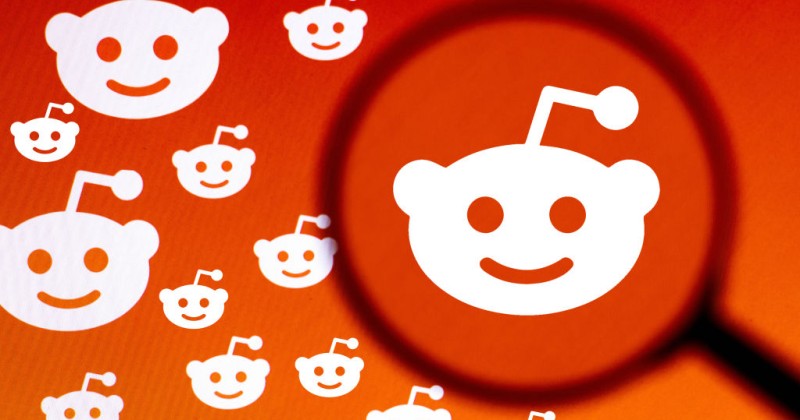 Reddit has completely banned a vaccine-skeptic subreddit just days after CEO Steve Huffman promised not to while claiming the site values “dissent.”

“Dissent is a part of Reddit and the foundation of democracy,” Huffman wrote in a blog post. “Reddit is a place for open and authentic discussion and debate.”

However, this sentiment wasn’t shared by Reddit’s notoriously censoriously intolerant left-wing community, which protested against Huffman’s free speech stance by switching numerous major subreddits to ‘private’ and vowing to keep them locked until vaccine skeptics were deplatformed.

That duly happened when the ‘r/NoNewNormal’ subreddit was placed in quarantine and then banned altogether.

The site justified the move by claiming ‘r/NoNewNormal’ users were brigading other forums (invading them to cause discord), something that’s only acceptable when left-wingers do it.

“In short, Reddit used an evidence-free claim to banish a forum which had 120,000 members engaging in “open and authentic discussion and debate” over vaccines, masks, and authoritarianism,” reports Zero Hedge.

54 other subreddits that dared to question mask mandates or the efficacy and safety of vaccines were also put under quarantine, meaning they don’t appear in search and users have to enter an email address to access their content.

As we highlighted last year, Reddit’s site policy openly allows hate speech against “people who are in the majority” – in other words, white people.

Back in 2019, a Reddit page dedicated to black issues declared that white people are no longer allowed to post there anymore. 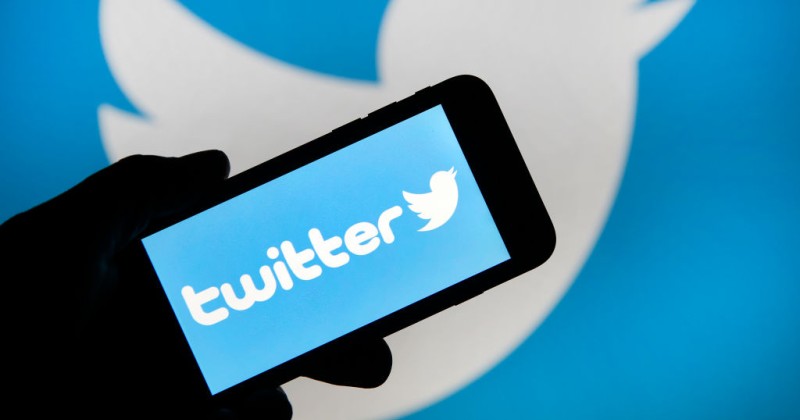 Questions continue to swirl over why some social media platforms like Twitter are giving the Taliban, a terrorist organization under U.S. law, a public platform having permanently banned American dissidents and the President of the United States himself.

After Facebook and YouTube moved to ban any accounts associated with the Taliban following their takeover of Afghanistan, Twitter faced scrutiny as to why it hadn’t followed suit.

When a Taliban representative was asked for a response on the ban, he chided Facebook for tacitly supporting free speech while silencing those who express the wrong opinions.

However, Twitter has yet to suspend any major Taliban accounts, having previously banned the sitting President of the United States, Donald Trump, back in January.

The former President of the United States is banned from Twitter but the Taliban is not.

“A spokesman for the radical Islamist group that has seized control of Afghanistan, Zabihullah Mujahid, has been using the platform to give updates about the group’s advance,” reports Fox News.

“Mujahid’s account is not verified but has nearly 280,000 followers and is regularly cited by major news outlets.”

Twitter has indicated that prominent Taliban members will be free to continue to use the platform so long as they “obey the rules.”

The Babylon Bee joked that Trump had secretly sneaked back on Twitter by identifying as a Taliban spokesperson.

Trump Sneaks Back On Twitter By Disguising Self As Taliban Spokesperson https://t.co/L3suXAJRmZ

While Islamic terrorist organizations are given free reign to amplify their propaganda by Twitter, American dissidents like Alex Jones, Roger Stone and countless others were banned years ago.

“Joe Rogan interviews all-American Alex Jones and the corporate media demands he be banned for “giving a platform to extremists,” commented Mike Cernovich.

“These same corporate media employees are giving a platform to the Taliban, and uncritically sharing their propaganda.”

Joe Rogan interviews all-American Alex Jones and the corporate media demands he be banned for “giving a platform to extremists.”

These same corporate media employees are giving a platform to the Taliban, and uncritically sharing their propaganda.