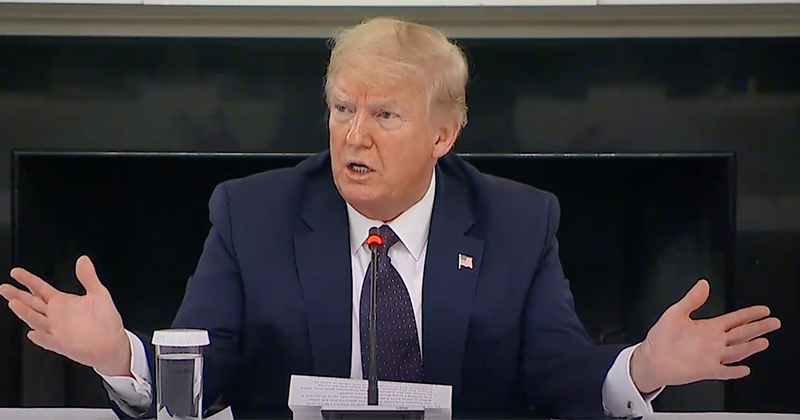 President Trump issued a demand for Democratic controlled Seattle to be brought back under order immediately, as Antifa anarchists claimed control of a six-block zone and a police station.

“Radical Left Governor [of Washington, Jay Inslee] and the Mayor of Seattle are being taunted and played at a level that our great Country has never seen before,” Trump tweeted late on Wednesday.

“Take back your city NOW. If you don’t do it, I will. This is not a game. These ugly Anarchists must be stooped [sic] IMMEDIATELY. MOVE FAST!'” he continued.

Radical Left Governor @JayInslee and the Mayor of Seattle are being taunted and played at a level that our great Country has never seen before. Take back your city NOW. If you don’t do it, I will. This is not a game. These ugly Anarchists must be stooped IMMEDIATELY. MOVE FAST!

Trump was responding to anarchists and BLM radicals establishing what they have termed a ‘Capitol Hill Autonomous Zone,’ complete with barricades, armed checkpoints, and a vow not to allow any police to enter the area.

Seattle: Domestic Terrorist / Anarchist take over a police precinct & establishing a 6 block parameter with armed patrols to keep the police away. Seattle’s Mayor may surrender another precinct. America is on the verge of a revolution. Wake up 🇺🇸🇺🇸🇺🇸🇺🇸🇺🇸🇺🇸🇺🇸🇺🇸🇺🇸🇺🇸🇺🇸🇺🇸 pic.twitter.com/dVYtBaiIhK

Police were forced to abandon their station in Seattle’s East Precinct after threats to overrun and burn it down.

A sign outside the precinct which once said ‘police department’ now reads ‘Seattle People Department’.

Remarkably, Democratic Gov. Inslee said during a press conference on Wednesday he was unaware of the problem:

"That's news to me". pic.twitter.com/L3LT86Zxgq

Armed anarchists are said to be manning checkpoints, demanding identification and frisking anyone wanting to enter the zone.

Police have claimed that they are also asking for people for cash and demanding ‘protection fees’ from businesses within the zone.

Meanwhile, some inside are claiming that it’s all sunshine and rainbows:

Adding my voice. This could literally not be less true. It's incredibly open and peaceful in the CHAZ. The businesses that are open are selling flowers, turning their parking lots into med tents, putting supportive signs in their windows. https://t.co/WJtzP0a7OS

Reports have claimed that an ‘Antifa YouTube rapper’ named Raz Simone has declared himself a ‘warlord’ within the zone and is forming an army.

Video was posted purporting to show him attacking someone trying to get answers:

Simone himself says he isn’t a terrorist or a warlord:

The President really put a hit on my head. I’m not a Terrorist Warlord. Quit spreading that false narrative. The world has NEVER been ready for a strong black man. We have been peaceful and nothing else. If I die don’t let it be in vain. pic.twitter.com/HSEs5C2QRv

Meanwhile, leftists refuse to accept there’s any problem, claiming Trump is lying in order to institute an armed take over:

The President of the United States just falsely announced that "domestic terrorists have taken over Seattle."

When the US President promises US military invasions of Democratic cities to overthrow duly elected government & will-of-the-people, I take that literally & seriously.

Others obsessed over Trump’s typo:

You just said "must be stooped." Quit while you're behind, you illiterate idiot!

Your intentional typos are so 2016

You can't even spell the word "stopped".

Stooped, really? If you can't double check a tweet before sending it, we can't trust you to defend and unite the country.

Legal precedent made for anyone to engage in iconoclasm, so long as they’re ‘offended’. 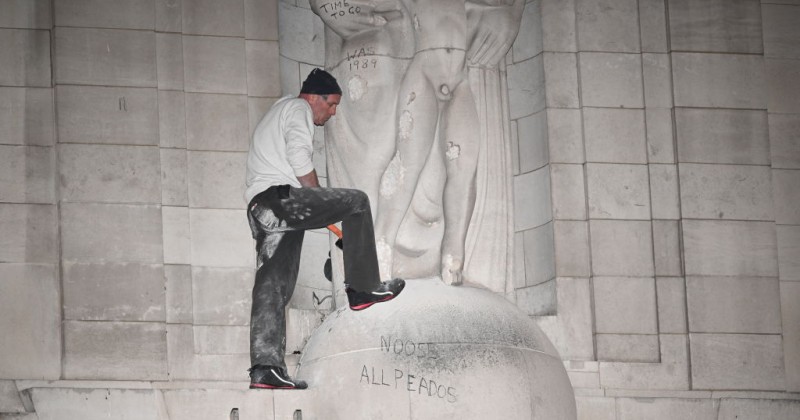 A man scaled the facade of a statue that was sculpted by a child molester outside BBC headquarters in London, defacing it with the words “paedos and propaganda.”

A protester carrying a hammer used an ordinary ladder to reach the monument, which was erected in 1933 by artist Eric Gill, who in 1989 was revealed to have sexually abused his daughters, sister and family dog.

As he chipped away at the statue, the man told police the statue should have been removed “decades ago.”

The man was subsequently arrested after a four hour standoff, with a crane being used to remove him from the 10 foot statue, which represents The Tempest character Ariel as a naked young boy.

“Gill’s statue has garnered controversy since its installation 88 years ago, when critics voiced concern over the size of the boy’s genitalia – prompting the tabling of a question in the House of Commons,” reports the Telegraph.

He is still up there and honestly doesn’t seem to be making much progress. I’m no expert, but bringing a hammer and no chisel seems like a lack of forward planning pic.twitter.com/BXkX22opyy

Many have questioned why the BBC itself didn’t remove the statue, particularly after revelations that the broadcaster had facilitated the cover up of the Jimmy Saville pedophile scandal.

Another statue made by Gill is situated inside the BBC building itself, although that hasn’t been removed either.

Last week, four left-wing activists were cleared of criminal damage for pulling down a statue of slave-trader Edward Colston in Bristol during a Black Lives Matter protest.

This set the legal precedent that anyone can now destroy public art or works of heritage without punishment, so long as they claim to be offended.

“Coming just a week after the Colston verdict, this attack demonstrates that it was indeed a ‘vandal’s charter’ placing all of our built heritage at increased risk,” said Robert Poll, founder of the campaign group Save Our Statues.

“We have now entered a new age of barbarism, where the value of art is judged only by the politics imposed upon it, and destruction is considered progressive,” he added.

We undermine the rule of law, which underpins our democracy, if we accept vandalism and criminal damage are acceptable forms of political protest.

They aren’t. Regardless of the intentions. https://t.co/JsOj0kNgWq 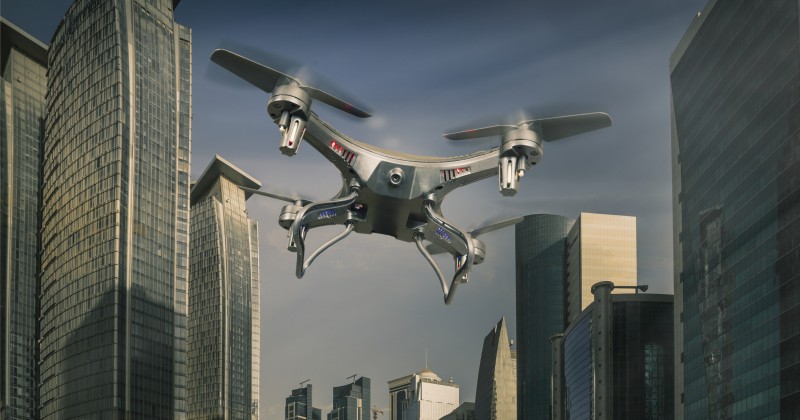 Talk about Stockholm syndrome for the uber rich.

Actor Seth Rogen says it’s “nuts” to think LA is a crime-ridden shithole, and that the city is “lovely.”

He then explained how his car had been broken into about 15 times.