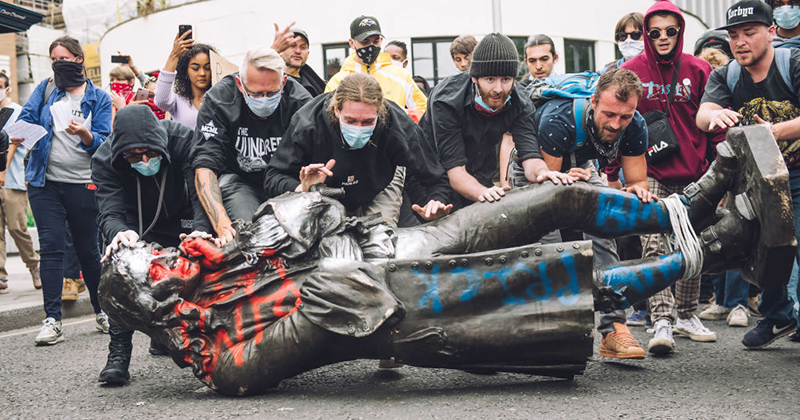 Following an incident in the UK where a statue of Edward Colston was torn down by ‘protesters’ at the weekend, leftists took to Twitter to give rioters more ideas for what to vandalize next.

Edward Colston’s statue has been dumped in Bristol’s harbour. That is the closest to justice the tens of thousands of people he enslaved or killed have ever got. https://t.co/6EEwdxrh9c https://t.co/KoyrdEV7Wl

Owen Jones, a rampant socialist agitator was careful to make sure he didn’t specifically call for any statues to be torn down, but spent time identifying ‘offending’ figures that could be targeted:

Cecil Rhodes was a self-confessed white supremacist, an architect of apartheid, a stealer of African land, and he was complicit in the deaths of countless black Africans.

His statue has been kept up by @OrielOxford because rich alumni threatened to pull donations. pic.twitter.com/vSC7VFrIPu

This is Robert Clive's statue off Whitehall. Clive was described by historian William Dalrymple as "unstable sociopath" who conquered much of India.

He committed mass atrocities and his policies led to a famine which reduced Bengal's population by a third. pic.twitter.com/cbUiwkRlnz

Clearly the government need to remove this statue urgently.

King Léopold II is one of the great monsters of history. Under his tyranny in the Congo Free State 1885-1908, up to 10 million were killed. Few statues deserve to be torn down more than this.

You know what's really "hating Britain"? Thinking the bits worth defending are colonialism, Empire and racism.

Let's celebrate instead the Levellers, the Chartists, the trade unionists, the suffragettes, the anti-racists, the LGBTQ activists. And let's give them more statues!

is this a hint lol

Tear it down. Churchill too. Also Cromwell for his genocide in Ireland. Tear them all down.

Others saw Jones’ tweets for exactly what they are:

This is inciting crime if ever I saw it @metpoliceuk

@TwitterSupport surely this is incitement?

Is there a law against inciting a riot @OwenJones84 you know damn well what you're doing.

Are you baiting your followers to engage in vandalism and criminal damage and tear it down themselves? Or will you clarify and post a petition or other alternative?

Jones smugly claimed he was just ‘stating facts’ with the posts:

How is this conversation going to go?

"Did you or did you not list historical facts about atrocities committed by Robert Clive?"

He insinuated that removing statues legally is a dead end:

All these people condemning tossing the statue of the mass murderer Edward Colston into Bristol's harbour and saying these things must be done legally. OK cool, are you all going to proactively fight to remove all the remaining statues of white supremacist murderers, then?

He also retweeted an image of Nigel Farage and Boris Johnson being thrown in a river along with the statue of Edward Colston:

If they do this to "racist" statues with zero consequences, they'll do it to "racist" people.

And of course, to them, anyone who disagrees is "racist". https://t.co/Xwh1tzgd11

Forget statues, when they start burning and throwing people in the river, the media will still call it "largely peaceful."

Others guessed that Jones won’t be too eager to identify statues and memorials to communist murderers:

But your heroes & ideology, Stalin, Mao etc murdered/killed/starved +100 million people to maintain their idea of freedom for the people. History & statues remind people of their failings so they're not repeated by future generations. 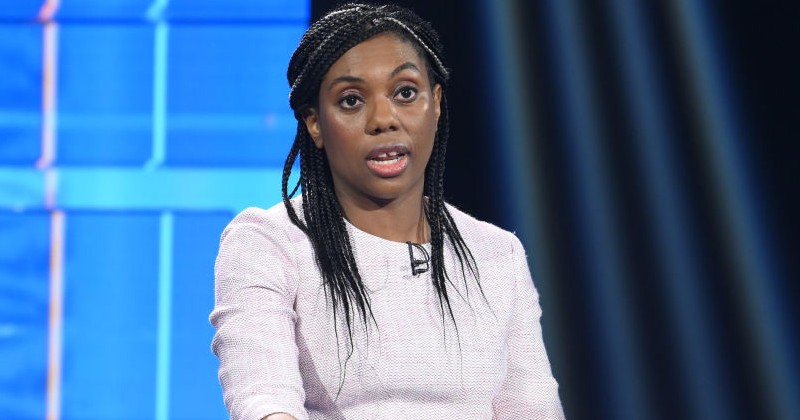