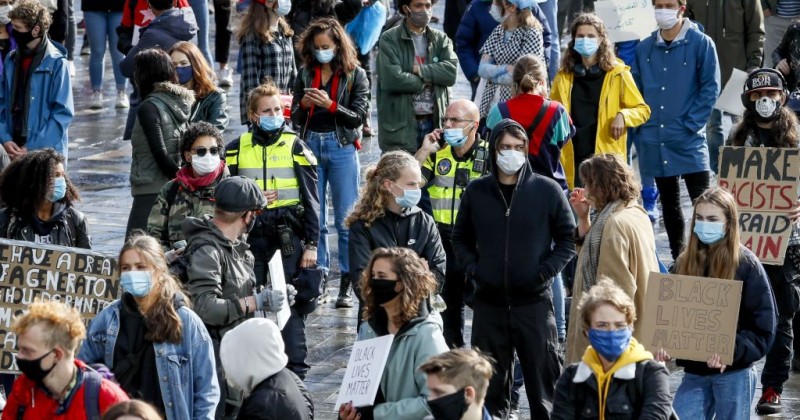 1200 public health experts have signed an open letter asserting that Black Lives Matter mass gatherings should be encouraged because “white supremacy” is a bigger health threat than COVID-19.

“White supremacy is a lethal public health issue that predates and contributes to COVID-19,” states the letter, before adding, “Black people are twice as likely to be killed by police compared to white people, but the effects of racism are far more pervasive,” (a claim which is completely misleading given that black people are far likelier to be involved in violent confrontations with police).

The letter goes on to basically assert that COVID-19 isn’t a threat, so long as people are protesting against racism, which is a bigger threat, a completely ludicrous assertion that sounds like it came straight from a far-left protest group, not 1200 public health experts.

“As public health advocates, we do not condemn these gatherings as risky for COVID-19 transmission,” states the letter. “We support them as vital to the national public health and to the threatened health specifically of Black people in the United States.”

The letter then claims that ‘stay-at-home’ protests shouldn’t be treated the same because they “not only oppose public health interventions, but are also rooted in white nationalism and run contrary to respect for Black lives.”

The health experts then go on to assert that BLM protesters shouldn’t be arrested, shouldn’t be held in vans and that tear gas shouldn’t be used against them due to the threat of it exacerbating symptoms of people infected with COVID-19.

The letter also says that facemasks should be ‘celebrated’ and not seen as an easy way for criminals and looters to hide their identity.

The letter was drafted by infectious disease "experts" at the University of Washington, which has been integral in studying the coronavirus in the US. They write that "pervasive racism" is now "the paramount public health problem," superseding the virus. WHAT THE FUCK!!!!!!

Commenting on the letter, journalist Michael Tracey tweeted, “The letter was drafted by infectious disease “experts” at the University of Washington, which has been integral in studying the coronavirus in the US. They write that “pervasive racism” is now “the paramount public health problem,” superseding the virus. WHAT THE FUCK!!!!!!”

In the space of 10 days, leftists and even public health officials have gone from demanding police arrest ‘stay-at-home’ protesters for the crime of gathering outside, to demanding the abolition of police and encouraging mass gatherings of people outside.

You’re bad and “killing granny” for participating in a protest while remaining inside your car, but tens of thousands of people gathering in close proximity in cities across America is good because “racism” or something.

Soros And The Secret Origins Of Black Lives Matter

ISIS Celebrates BLM Protests in Hope They Will “Weaken” the West