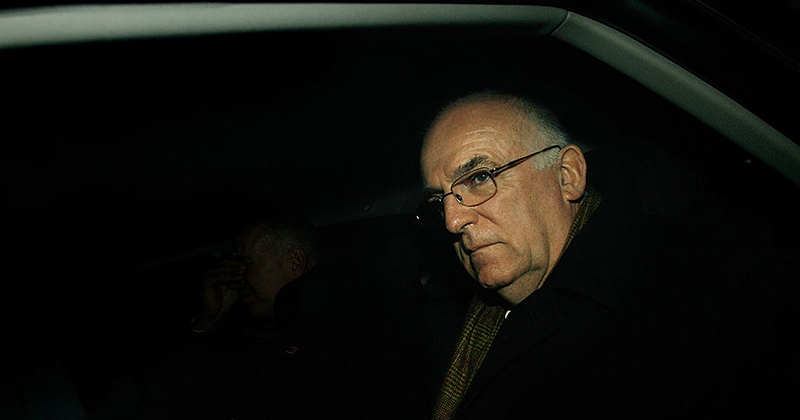 The former head of MI6, Sir Richard Dearlove, has said that he believes the coronavirus is man-made and was accidentally leaked from a a lab in China.

Dearlove, who was chief at Britain’s equivalent of the CIA from 1999 until 2004, cited a report written by Professor Angus Dalgleish of St George’s Hospital, University of London and Norwegian virologist Birger Sorensen which presents evidence suggesting the virus was manufactured in a laboratory.

The paper examines Covid-19’s genetic sequence, and concludes that key elements were “inserted” and are unlikely to have evolved naturally.

The scientists pointed to “inserted sections placed on the SARS-CoV-2 Spike surface” that enable the virus to specifically bind itself to human cells.

“I do not think that this started as an accident,” Dearlove said during an interview with The Telegraph’s Planet Normal podcast.

Dearlove described the paper as “a very important contribution to a debate which is now starting about how the virus evolved and how it got out and broke out as a pandemic”, adding “I think this particular article is very important, and I think it will shift the debate.”

The former MI6 chief also noted that the paper had been redrafted several times, and an earlier version claimed coronavirus could accurately be called the ‘Wuhan virus’, and concluded that “beyond all reasonable doubt that the Covid-19 virus is engineered.”

“It raises the issue, if China ever were to admit responsibility, does it pay reparations?” Dearlove stated during the interview.

“I think it will make every country in the world rethink how it treats its relationship with China.” the former spy chief added.

The scientists behind the findings are set to release more information detailing how the Covid-19 virus has “unique fingerprints” that can only be “indicative of purposive manipulation” rather than natural evolution.

The Telegraph notes that the study suggests that Covid-19 is a “remarkably well-adapted virus for human co-existence” and is most probably a Wuhan lab experiment to produce “chimeric viruses of high potency”.

“Henceforth, those who would maintain that the Covid-19 pandemic arose from zoonotic transfer need to explain precisely why this more parsimonious account is wrong before asserting that their evidence is persuasive, most especially when, as we also show, there are puzzling errors in their use of evidence.” the study notes.

Dearlove noted how the study has been rejected by scientific journals, while Chinese studies are being published left right and centre.

“This [the first] article was submitted to a… journal, which refused it within a week of receiving it, and in the same period accepted for publication two or three Chinese articles that relate to the virus, within 48 hours,” Sir Richard said.

“So I mean, as this debate about the virus develops, I think all this material is going to be in print and is going to embarrass a number of people, I think. Let’s suggest that the Chinese maybe have too much say in their journals, in what appears and what doesn’t.” he added.

Pointing to the way Chinese authorities tried to cover up the spread of the virus, and shut down debate about its origins, Dearlove urged “we shouldn’t really have any doubt any longer about what we’re dealing with.”

The study Dearlove cites reaches the same conclusions as separate research undertaken in Austria that found the coronavirus was likely created in a lab, barring some “remarkable coincidence” that led to the virus naturally evolving to be optimised to attack human cells.

The study was led by Nikolai Petrovsky, a vaccine researcher at Flinders University. The scientists in his team discovered that the coronavirus is optimized for penetration into human cells, rather than animal cells. The authors believe this means that the virus “became specialized for human cell penetration by living previously in human cells, quite possibly in a laboratory.”

Top NYC Health Official Says “Racism” Will be to Blame for Spike in COVID, Not Thousands of Demonstrators Gathering in Close Proximity