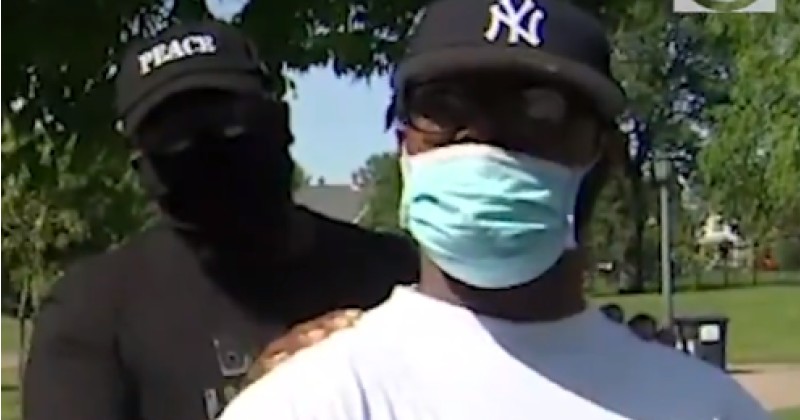 The brother of George Floyd has condemned the violent riots taking place across America, asserting, “My brother was about peace.”

Innumerable cities across the country have been hit with violence and looting in response to Floyd being killed by a police officer.

Despite efforts by some protest leaders to disavow violence, mob rule has taken over.

George Floyd’s brother appeared on video to condemn the violence.

“My brother wasn’t about that.” George Floyd's brother condemns the violent protests across the countrypic.twitter.com/Tc50USfFDN

“I have the spirit of my brother to go out and tell people, I’m outraged too, I feel sometimes I get angry I wanna bust some heads too, I wanna just go crazy,” said Floyd.

“But I’m here because my brother wasn’t about that, my brother was about peace,” he added, describing his brother as a “gentle giant.”

“If his own family and blood are not doing it, then why are you?” he asked.

“Why are you out here tearing up your community because when you finish and then you turn around and you wanna go buy something, you’ve torn it up, so now you’ve messed up your own living arrangements,” said Floyd.

He concluded by telling rioters to “relax” and agreed that the message of peacefully seeking justice message was being lost amidst the rioting.