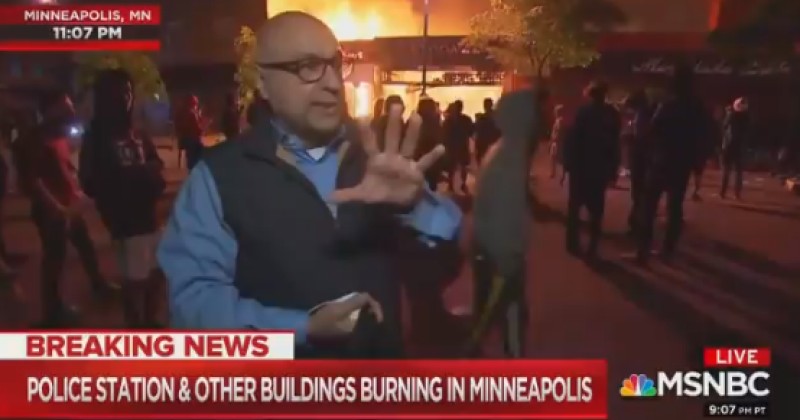 The media’s bias in attempting to portray last night’s chaotic riots as a legitimate “protest” came to the fore when an MSNBC reporter said the demonstrations were not “unruly,” even as a building ferociously burned behind him.

Minneapolis was hit by its worst night of riots yet as what President Trump later described as “thugs” set a police precinct on fire as cops were forced to flee. The violent unrest spread to numerous other cities across the country.

What began as a protest has clearly turned into one of the most violent riots in modern American history, although you wouldn’t know it by watching MSNBC.

Why you shouldn’t let liberals anywhere near the levers of power, in 12 seconds: pic.twitter.com/RclcSOypb3

“I want to be clear on how I characterize this,” said reporter Ali Velshi while describing events on the ground. “This is mostly a protest. It is not generally speaking unruly.”

He said this while a building was being literally consumed by fire right behind him and after a night of absolute bedlam.

One wonders what would have to happen for the riots to be considered “unruly” in the eyes of Velshi.

Would the White House have to be reduced to a smoldering rubble for MSNBC to acknowledge that this is a riot and not a protest?