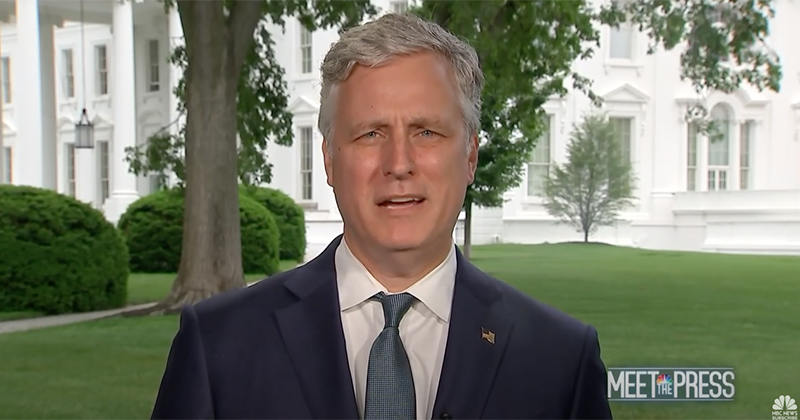 The White House national security advisor Robert O’Brien has compared China’s response to the coronavirus outbreak to the Soviet Union’s cover-up of the meltdown at the Chernobyl nuclear power plant.

“They unleashed a virus on the world that’s destroyed trillions of dollars in American economic wealth that we’re having to spend to keep our economy alive, to keep Americans afloat during this virus,” O’Brien said in an NBC interview.

“The cover-up that they did of the virus is going to go down in history, along with Chernobyl.” O’Brien added.

“We’ll see an HBO special about it 10 or 15 years from now.” he urged, referring to the recent award winning dramatisation of the 1986 disaster.

“This is a real problem and it cost many, many thousands of lives in America and around the world because the real information was not allowed to get out,” O’Brien further proclaimed.

“It was a cover-up. And we’ll get to the bottom of it eventually.” O’Brien asserted.

O’Brien’s comments come as Shi Zhengli, the the deputy director of the Wuhan Institute of Virology, warned that COVID-19 is ‘just the tip of the iceberg’ of unknown deadly viruses, while again denying that her lab had anything to do with the outbreak.

“If we want to prevent human beings from suffering from the next infectious disease outbreak, we must go in advance to learn of these unknown viruses carried by wild animals in nature and give early warnings.” Shi said, adding “If we don’t study them there will possibly be another outbreak.”

As details continue to emerge, China admitted recently that it did order laboratories to destroy samples of the new coronavirus in the early stage of the outbreak.

The destruction of the samples was first noted back in February. It was also noted that the Wuhan Institute of Virology, which was conducting controversial experiments into animal-to-human transmission of bat coronaviruses, altered their database in an apparent attempt to distance the lab from the outbreak.

The alteration was carried out just two days before a gene sequencing lab was ordered by the Health and Medical Commission of Hubei Province to destroy it’s coronavirus samples.

In addition, a scientific study in Austria has found that SARS-CoV-2 was likely created in a lab, barring some “remarkable coincidence” that led to the virus naturally evolving to be optimised to attack human cells.

The authors of the study believe this means that the virus “became specialized for human cell penetration by living previously in human cells, quite possibly in a laboratory.”