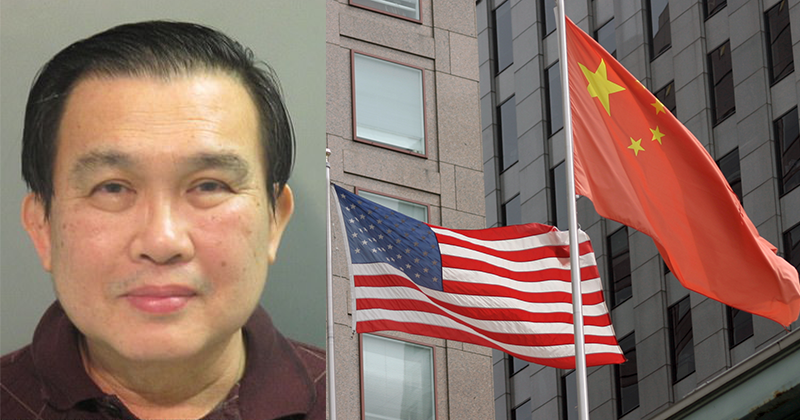 An engineering professor at the University of Arkansas has been arrested by the FBI and faces up to 20 years in prison for allegedly hiding funding that he received from the communist Chinese government.

The New York Times reports that “Simon Ang of the University of Arkansas, was arrested on Friday and charged on Monday with wire fraud.”

“He worked for and received funding from Chinese companies and from the Thousand Talents program, which awards grants to scientists to encourage relationships with the Chinese government,” the report notes, adding that “he warned an associate to keep his affiliation with the program quiet.”

The report explains that Ang’s alleged hiding of the funding enabled him to also get US government subsidies, specifically from NASA, to the tune of more than $5 million.

“The complaint charges that Ang had close ties with the Chinese government and Chinese companies, and failed to disclose those ties when required to do so in order to receive grant money from NASA,” a Department of Justice statement reads.

“These materially false representations to NASA and the University of Arkansas resulted in numerous wires to be sent and received that facilitated Ang’s scheme to defraud.” the statement adds.

Suspicions were raised concerning professor Ang after a library employee found an email between Ang and a Chinese researcher, the Arkansas Times reports.

“You can search the Chinese website regarding what the US will do to Thousand Talent Scholars,” Ang reportedly wrote in an email. “Not many people here know I am one of them but if this leaks out, my job here will be in deep troubles.”

The Times article also states that another professor, Dr. Xiao-Jiang Li, formerly of Emory University in Atlanta, pleaded guilty … to a felony charge of filing a false tax return that omitted around $500,000 that he received from the Thousand Talents program.

“He was sentenced to a year of probation and ordered to pay $35,089 in restitution.” the report notes.

The “Thousand Talents Program” has been scrutinised recently, with suspicions that it is being used by the communist state to attract foreign experts from overseas, and steal intellectual property from U.S. institutions.

Another professor, from Harvard University, is also accused of abusing the program, and lying to officials about alleged ties to the Chinese government.

Charles Lieber, head of chemistry and the chemical biology department at Harvard, was arrested at the beginning of the year, with prosecutors accusing him of taking $50,000 a month, as well as a $1.5 million payment to set up a research lab at the Wuhan University of Technology.

Court documents revealed that since 2008, Lieber received more than $15,000,000 in grant funding from the National Institutes of Health (NIH) and Department of Defense (DOD).

“These grants require the disclosure of significant foreign financial conflicts of interest, including financial support from foreign governments or foreign entities,” the Department of Justice noted.

“These talent programs seek to lure Chinese overseas talent and foreign experts to bring their knowledge and experience to China and reward individuals for stealing proprietary information,”  the U.S. Attorney’s Office of the District of Massachusetts said in a January statement related to Lieber’s arrest.

The revelations regarding US based professors allegedly on the take from China comes at a time when lawmakers are taking a hard look at China’s use of U.S. higher education institutions to spread CCP propaganda and exert influence inside the country.