The EU has attempted to defend the fact that it allowed the communist Chinese government to censor a letter it wrote before it was published in a Chinese newspaper, erasing a sentence that stated the coronavirus originated in China.

The letter, co-written by the bloc’s 27 ambassadors, was published in China’s English-language newspaper China Daily on Tuesday. However, the EU agreed to allow censors to remove the sentence, which stated “But the outbreak of the coronavirus, in China, and its subsequent spread to the rest of the world over the past three months…”

“China has state-controlled media. There is censorship, that’s a fact,” EU foreign affairs spokesperson Virginie Battu-Henriksson told reporters in an attempt to justify bowing to the Chinese censors.

Henriksson suggested that the EU reluctantly agreed to the amendment because it was better than not being able to communicate with a Chinese audience on ‘key EU issues’, including climate change, human rights and the pandemic response.

It is the second time in the space of two weeks that the EU has rolled over for Chinese censorship, having previously softened criticism of the communist regime in a report documenting how governments have pushed “disinformation” about the coronavirus pandemic.

The European Union was set to issue the report until Chinese officials “quickly contacted the European Union’s representatives in Beijing to try to kill the report,” according to two diplomats. The EU then “diluted the focus on China, a vital trading partner.”

German conservative politician Norbert Roettgen criticised the EU’s actions, stating “I am shocked not once but twice.”

“First the EU ambassadors generously adopt Chinese narratives and then the EU representative on top accepts Chinese censorship of the joint op-ed.” he added.

“This story beggars belief,” another EU diplomat told Politico, asking “What is the point in letting yourself be censored?”

The source urged that it was an “embarrassment” for the EU, adding: “The cost of taking a stand and defending what you believe in would have been very small.” 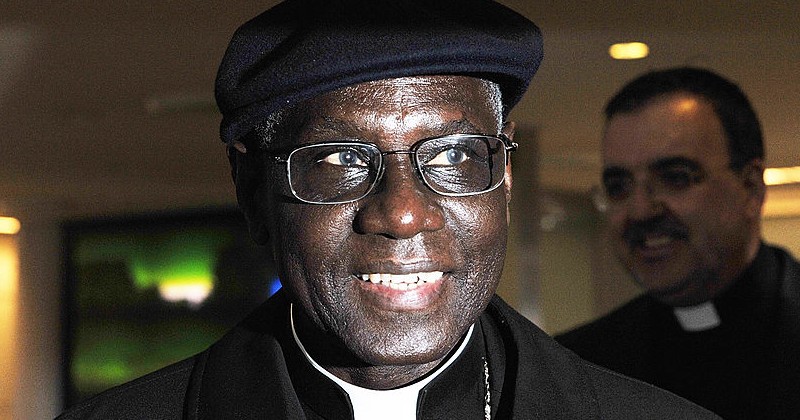 A Catholic Cardinal who warned that western civilization was living through its “mortal hour” as a result of the masses being transfixed by “vulgar entertainments” has been removed by Pope Francis.

The Pope accepted the resignation of Cardinal Robert Sarah as head of the Vatican’s office for liturgy.

However, the resignation was more of a firing because Sarah was mandated to submit his resignation when he turned 75 and Pope Francis has previously allowed cardinals to serve two or three years past that point.

Cardinal has previously indicated in a Twitter post that he was happy to continue, but the Pope removed him and with it an outspoken conservative and potential future Pope.

Sarah was a powerful voice in resisting the liberalization of Catholicism and has repeatedly spoken out in blunt terms about the problems facing the west.

“What Nazi-fascism and communism were in the 20th century, Western homosexual and abortion ideologies and Islamic fanaticism are today,” said the Cardinal, something the Pope, who all but defended the right of the Charlie Hebdo killers to launch a revenge attack, wouldn’t dare utter.

Sarah has also identified mass immigration as a direct threat to western civilization and Christendom.

Sarah has also routinely savaged modernity, highlighting how westerners have lost faith in the knowledge of God due to the temptations of the material world and that “western civilization is in a profound state of decadence and ruin.”

Warning that western civilization is living in its “mortal hour,” Sarah said that just like during the collapse of the Roman Empire, “The elites care for nothing but increasing the luxury of their daily lives, and the people have been anaesthetized by every more vulgar entertainments.”

Given these statements, it’s unsurprising that the Pope, who is an avowed globalist, acted to remove Sarah and prevent him from becoming future Pope.

Bill Gates says westerners must switch to eating 100% synthetic beef while he buys up record amounts of farmland and monopolizes global food production.

Bill Gates Lauded as Man to “Save the World”

Billionaire wants zero carbon emissions even as he buys up huge amounts of land. 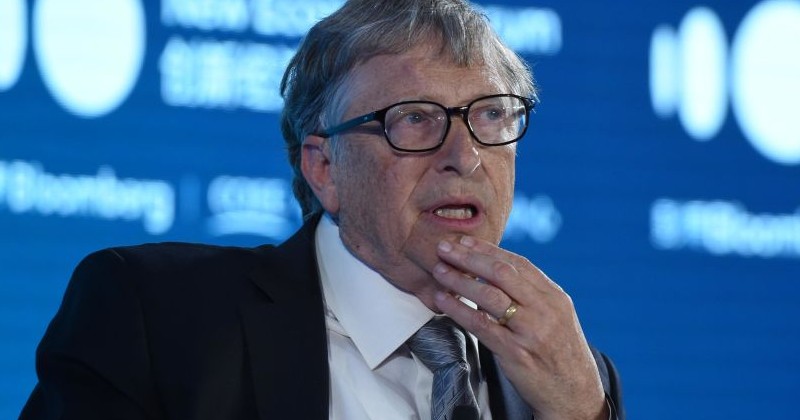 Bill Gates has been lauded as the man to “save the world” and help the planet reach zero carbon emissions in a new report by Wired Magazine, despite such standards not being reflected in the billionaire philanthropist’s own lifestyle.

The article investigates how Gates plans to achieve a “zero carbon” world and promotes his new book which argues “it’s time we make real societal, economic and logistic changes to our way of life to avoid disaster.”

According to Gates, the planet needs to reach zero carbon emissions in order to “avoid catastrophe.”

Bill Gates has a plan to save the world.

In the face of one of humanity’s greatest challenges, @BillGates lays out his plan for attaining net zero carbon emissions in the latest issue of WIRED.

Gates’ efforts to reduce CO2 emissions may have an environmentalist sheen, but that goal also risks reducing living standards in the west, something that Gates isn’t likely to embrace for himself.

Gates is now the biggest owner of farmland in America, according to a Forbes report.

Kennedy warns that, “To cloak his dystopian plans for humanity in benign intentions, Gates has expropriated the rhetoric of “sustainability,” “biodiversity,” “good stewardship” and “climate.”

He also accused Gates of attempting to monopolise and dominate global food production, labeling it “a dark form of philanthrocapitalism based on biopiracy and corporate biopiracy.”

Kennedy was subsequently banned by Instagram after his report was published.

As we highlighted earlier, pro-Gates messaging has also found its way into children’s television programming.