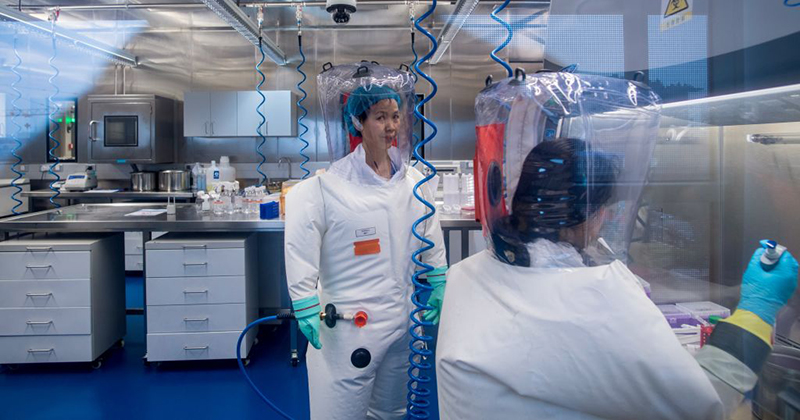 The communist Chinese government was painfully aware that bio-labs including the Wuhan Institute of Virology, where it is thought the coronavirus could have originated, were in desperate need of safety upgrades to prevent accidental leaks.

An article in Asian Review notes that Chinese President Xi Jinping has been discussing the need for “biosafety” improvements for the past year.

“Beijing had been preparing biosecurity law, but not fast enough,” the report notes, adding that “China has been preparing for it carefully for quite a long time, conscious of how the country was perceived overseas.”

The report goes on to explain that France, a country instrumental in the construction of the lab, found a significant flaw in the framework for ensuring the safety of virus research in China.

“China wanted to catch up with advanced countries in biotech research as soon as possible. To that end, it needed to establish related laws on par with those in countries like France, the U.S. and Germany.” the report continues.

A report was received by the Chinese parliament last October, detailing 8 points where safety needed to be upgraded:

1) The prevention and control of major emerging infectious diseases, animal and plant epidemics.

2) Research, development and application of biotechnology.

5) Preventing the invasion of alien species and protect biodiversity.

8) Defending against the threat of biological weapons.

The report notes that “the measures were not introduced in time for China to prevent the Wuhan outbreak. Instead, information was initially covered up and China’s first steps were delayed.”

In February, when it was clear that the outbreak was spreading, “Xi urged top leaders to enhance the country’s governance capacity for biosafety and to enact “a biosecurity law” at the earliest possible date,” according to the report.

This only enhanced the suspicions of those who believe the virus leaked from the lab.

Since that time, China has denied the US access to the Wuhan lab, according to US Secretary of State, Mike Pompeo. The facility has come under increased scrutiny after it was revealed that the US government under the Obama administration funded research there for a number of years.

In addition, a world renowned Russian microbiologist claimed last week that the novel coronavirus responsible for the COVID-19 pandemic was the result of Wuhan scientists doing “absolutely crazy things” in their lab.

Furthermore, a University of Texas Medical Branch lab director who visited the Wuhan institute in 2017 says that it would be foolish to dismiss the idea that the coronavirus escaped from the facility, and that “Accidents happen” in such labs.

Footage from inside the lab, broadcast in 2018, showing scientists working on coronavirus in bats, has increased scrutiny on the lab even further.