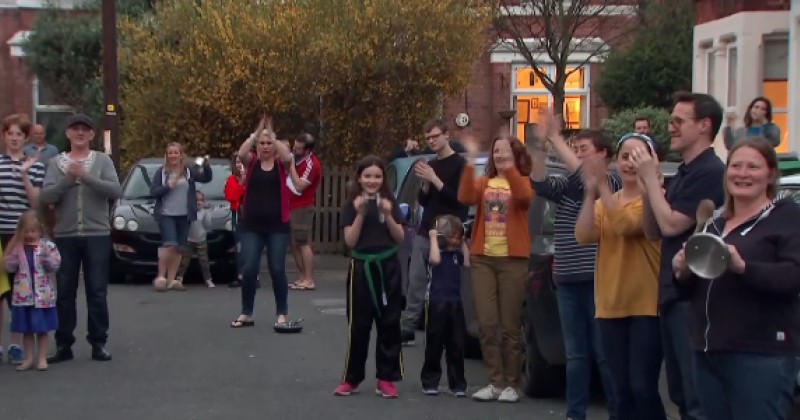 A mother in the UK was named and shamed on Facebook because she failed to participate in the weekly ‘clap for the NHS’.

Every Tuesday at 8pm in the United Kingdom, people emerge from their homes to applaud health workers for their role in fighting coronavirus.

The event has become a massive nationwide spectacle, with people cheering, banging pots and pans and even setting off fireworks.

However, when one woman was unable to take part, she was accused of “showing the street up.”

The mother described how she had a difficult time getting her young son to sleep and fell asleep herself before 8pm.

“A post went on our community Facebook group actually naming and shaming me. I was mortified,” she wrote on Mumsnet.

“The post said everyone else turned out and I showed the street up and if I can’t spend a minute showing my appreciation I don’t deserve to use the NHS if I or my family get ill.”

The mother said she tried to ignore the post but that it had upset her.

One NHS worker responded to the post by defending the mother.

“Just reply ‘sorry, didn’t think I should leave my vomiting child to clap’ to shame them back. Awful. I’m NHS, no-one in my street claps, including me,” said the health worker.

It’s unsurprising that people are now being publicly shamed for failing to display enough enthusiasm for the NHS.

As Theodore Dalrymple notes, the clapping bears the hallmark of how citizens and party members under Communist regimes were forced to feverishly applaud despots or face being labeled a dissident.

“It reminds me a little, in its tendency to get longer and louder and almost more hysterical, of the applause after a speech by Nicolae Ceausescu or other communist despot, in which everyone in the audience had to show himself as enthusiastic and the most enthusiastic applauder, and to continue applauding as long as someone else was applauding, for to be the first to stop might be taken as a sign of disloyalty and dissent from the official line,” wrote Dalrymple.

The author described the weekly clapathon as “emotionally kitsch,” opining, “There is often the implication that if you refrain from making it—and even worse if you actively refuse to make it—you are in some sense an enemy, in this case, of the people,” writes Dalrymple. “Whatever your inner conviction, it is safest to join in. By doing so you avoid drawing attention to yourself and you are assumed to think and feel like everyone else, which is always safest.”

As we highlighted yesterday, families of cancer victims, who are unable to access treatment because hospitals are devoted to COVID-19, also expressed their displeasure at health workers for spending time dancing for Tik Tok videos.

Mayor in Trouble for Saying Women Take Longer to Shop 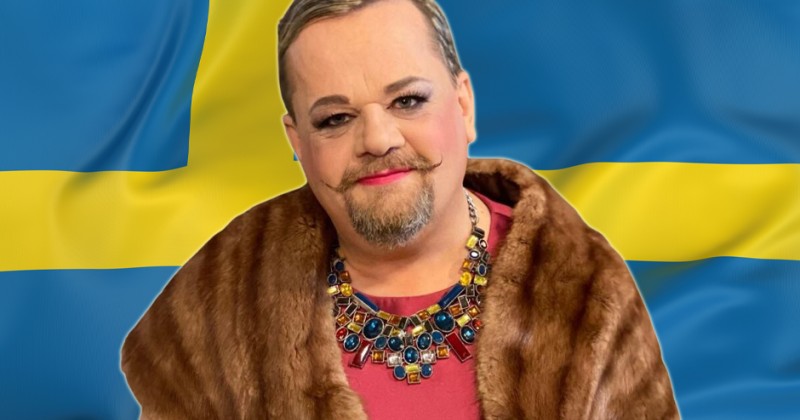 Gårdfeldt announced that he would refuse to marry straight couples in protest against a rule within the Church of Sweden that allows newly ordained priests to refuse to marry same-sex couples.

“Then the same thing must apply to me as a homosexual, then I can say no to heterosexual couples,” Gårdfeldt told the Göteborgs-Posten.

“I want to show the absurdity, theologically and ethically reprehensible, of denying marriage to consenting adults. I want to turn the debate right. We should not recruit new anti-gay priests. We should not ordain new priests who pass on the idea that homosexuals are inferior people,” he added.

Torgny Lindén, the Press Secretary of the Diocese of Gothenburg, offered little pushback to Gårdfeldt promise, merely pointing out that it was his right to have free expression, adding, “We have no opinion on this.”

Gårdfeldt married his now transgender partner in Canada in 2006, before gay marriage was allowed in Swedish churches. He said he also performed gay marriage ceremonies for years before it was permitted by the Church.

As we previously highlighted, the Church of Sweden published an open letter back in May that was signed by a long list of priests, deacons, and other church staff, proudly announcing that it is “trans” – whatever that means.

In 2019, church bells rang out across the city of Malmo in support of Greta Thunberg and her climate strike.

This occurred after the Church of Sweden had literally proclaimed Greta to be “Jesus’s Successor” (yes, they actually said that).

Despite being the most radically left-wing institution of its kind on the planet, the Church of Sweden has seen its membership continue to decline over the last two decades.

“A total of 104 churches have closed their doors for good between the years 2000 and 2019,” reports RMX News. “As per 2018 calculations made by the diocese, the church is projected to lose up to one million members by 2028.”

But lowly worker drones still had to wear them at the Emmys. 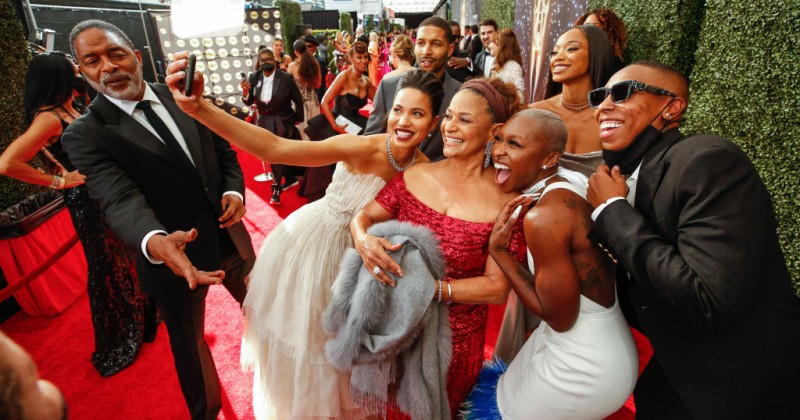 The LA County Department of Public Health responded to criticism of the maskless Emmys by claiming the rules didn’t apply because it was a television production event – despite the fact that workers were still made to wear masks.

There was uproar on Sunday as celebrities packed themselves into the Event Deck at LA Live without a mask amongst them as they kissed and hugged all night long.

Irate respondents on Twitter asked why celebrities were exempt from the rules yet their 4-year-old kids had to wear masks in class.

Under Los Angeles County’s Department of Health guidelines, everyone aged two years and older must wear a face covering in “all indoor public settings, venues, gatherings, and public and private businesses.”

However, after it was asserted that the rules don’t appear to apply to the rich and famous, the department was forced to respond.

New: LA County Department of Public Health tells me that the mask-less Emmys were not in violation of the county's mask mandate because "exceptions are made for film, television, and music productions” since “additional safety modifications” are made for such events. pic.twitter.com/6S105zYjbJ

“LA County Department of Public Health tells me that the mask-less Emmys were not in violation of the county’s mask mandate because “exceptions are made for film, television, and music productions” since “additional safety modifications” are made for such events,” tweeted CNN’s Oliver Darcy.

So apparently, so long as you’re making a television production, COVID-19 recognizes that fact and doesn’t show up for the night, much like it disappears as soon as people sit down to eat at a restaurant, but not while they walk to the table.

Health authorities went further, insisting that the event organizers “exceeded the baseline requirements for television and film productions,” before asserting that the full vaccination of all those present was “one of the most powerful ways to achieve a safe environment” (despite the fully vaccinated being able to pass on the virus).

“The Emmy Award Show is a television production and persons appearing on the show are considered performers,” they added.

So apparently, if you’re a “performer,” or in other words rich and famous, you don’t have to wear a mask.

But if you’re merely a lowly worker drone, you still have to wear a mask, as dozens of staffers were seen doing at the event.

Meanwhile, San Francisco Mayor London Breed responded to criticism of her not wearing a mask inside a club by saying the “fun police” were making a story out of nothing.

Maybe she’s a “performer” too?

Maskless Hollywood Elite Laugh at You at the Emmys

Maskless Hollywood elites laugh it up at the Emmys while they lecture you about not wearing a face covering in a near empty grocery store.