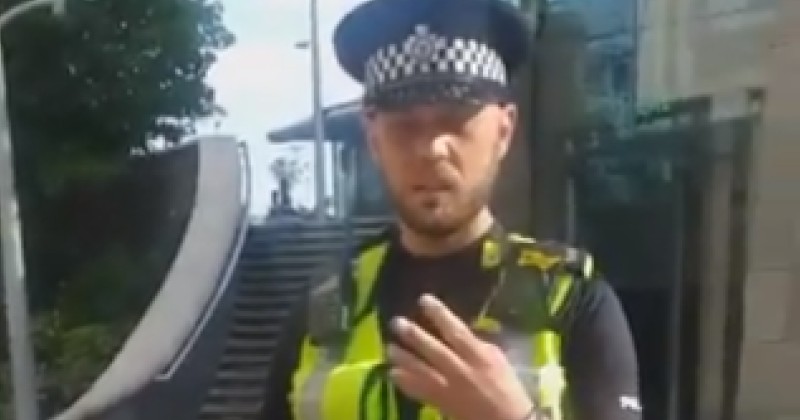 A man in the UK claims he was arrested and fined by police for buying wine, despite this not being a violation of the lockdown laws.

A video posted by Samuel Jack shows him involved in a confrontation with police in north London during which he was issued with a £30 fine.

In the clip, officers suggest that Jack, who was apparently arrested and “dearrested” according to his Tweet, was being apprehended for a public order offence.

I got ARRESTED, FINED AND DEARRESTED by the Stasi.

I went to buy wine. What the fuck?! pic.twitter.com/lLWrnmHVT6

He was originally arrested for refusing to provide ID. Jack asked officers about the UK bill of rights, which is one of basic documents of the uncodified British constitution, but had no knowledge of it.

However, in his tweet, Jack suggests he was apprehended because he “went to buy wine.”

There have been numerous other cases across the country of police officers misunderstanding the lockdown law to fine people for buying alcohol and other items deemed “non-essential” by police.

In reality, the lockdown law does not dictate which items can or cannot be bought. Since all open shops are by law “essential,” all the items they sell are essential.

As we previously highlighted, a woman in Scotland who bought wine and potato chips was fined by police for buying “non-essential” items.

Another person in West Lothian tweeted to report a nurse in uniform being fined after leaving a patient’s house and someone who left a shop after purchasing a bottle of wine. Both were fined £30.

Downing Street had to intervene and clarify the law after Cambridge Police tweeted that they were monitoring “non-essential” supermarket aisles in a local branch of Tesco to make sure people weren’t purchasing frivolous items.

PJW Goes Off on Piers Morgan!

Mayor in Trouble for Saying Women Take Longer to Shop