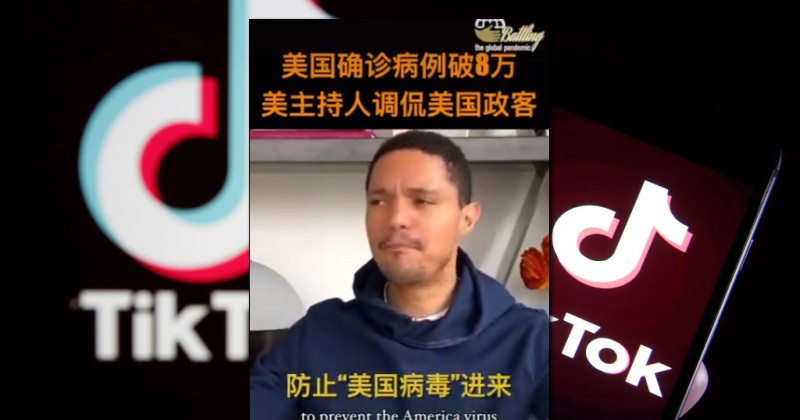 The video was posted to Tik-Tok, a Chinese-owned app, by CGTN (China Global Television Network), a state-owned media group run by the Publicity Department of the Communist Party of China.

The clip features Noah explaining how, “The Chinese government has announced there has been so much improvement in Wuhan that the lockdown will be lifted there.”

We are entering a whole new era of information warfare pic.twitter.com/HjQQnoqwHA

Noah then jokes about the people of Wuhan “discriminating against us” by closing down their borders to “prevent the America virus from coming in.”

The quip is based on the media’s anger at President Trump for calling COVID-19 the “Chinese virus” (despite the fact that innumerable other viruses throughout history have been named after their place of origin).

It seems that the Publicity Department of the Communist Party of China and CGTN thought that Noah was a perfect mouthpiece through which to amplify their propaganda, which has been focused on denying culpability for coronavirus despite hefty evidence that Beijing covered up COVID-19’s severity and spread in its early days.

“Police will have to intervene.” 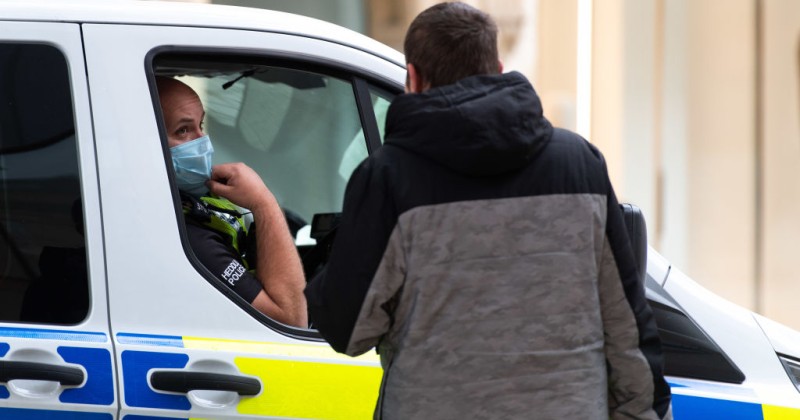 A police force in the UK has vowed to break up Christmas family gatherings that violate coronavirus ‘social distancing’ restrictions.

The West Midlands Police and Crime Commissioner David Jamieson said the force wouldn’t hesitate to intervene in situations where the rules were being broken.

“If we think there’s large groups of people gathering where they shouldn’t be, then police will have to intervene. If, again, there’s flagrant breaking of the rules, then the police would have to enforce,” Jamieson remarked.

The West Midlands is currently under a Tier 2 lockdown, which means that it’s illegal for two separate households to mix indoors, although there appears to be widespread non-compliance across the country.

After BBC journalist Victoria Derbyshire said she would break the rules to see her family at Christmas, she was forced to recant and apologize.

Respondents to the news vented their fury.

“Its almost as if the police and politicians are deliberately trying to provoke people. If they do try this at Xmas things will get very nasty very quickly,” said one.

“It is now the time to stand up against this tyranny!” added another.

Others pointed out that without a warrant, police wouldn’t legally be able to enter homes to enforce the rules.

Will patrol airports and other public venues. 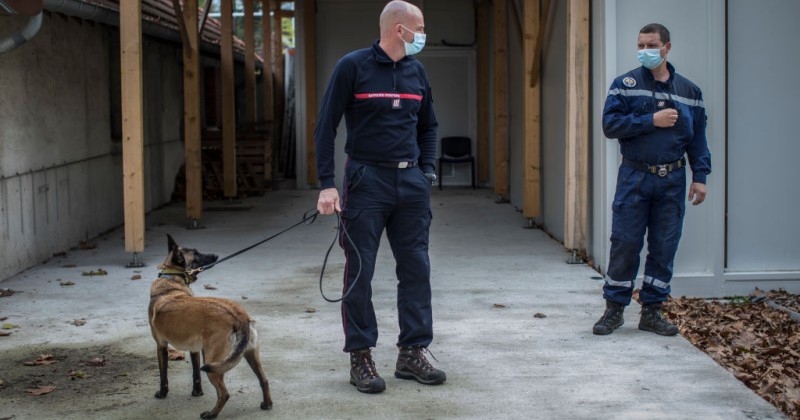 Sniffer dogs that can detect if someone is infected with COVID-19 could be used to patrol public areas such as airports and other busy venues in the near future.

Health minister Lord Bethell praised an “extremely exciting” trial taking place in the UK that tests whether dogs can be trained to identify unique odours associated with the coronavirus infection.

With Finland having already deployed corona-sniffing dogs at its main international airport, similar measures could soon be rolled out across the west.

UK Secretary of State Matt Hancock, an ardent lockdown advocate, will visit the London School of Hygiene and Tropical Medicine to see for himself the accuracy of the tests.

“Dogs can be used as a way of screening crowds in places like airports and high-density venues,” said Lord Bethell.

And there you were thinking you’d just have to tolerate masks, mandatory government apps and vaccines to get about in the “new normal”.

As we previously highlighted, robots are already being rolled out to monitor mask compliance, while robot dogs in Singapore are already patrolling parks and other public spaces to enforce social distancing.

One of the creepiest and most dystopian things I've seen since the pandemic began: a terrifying camera-equipped remote-controlled robot patrols Bishan-Ang Mo Kio Park in Singapore to — for now — warn about social distancing. Look at the fear. Story: https://t.co/12QfT1mcyZ pic.twitter.com/hBGUhmC7N7

Health Expert: Mask Wearing Will Remain Mandatory Even After a COVID Vaccine

The new normal is a muzzled population. 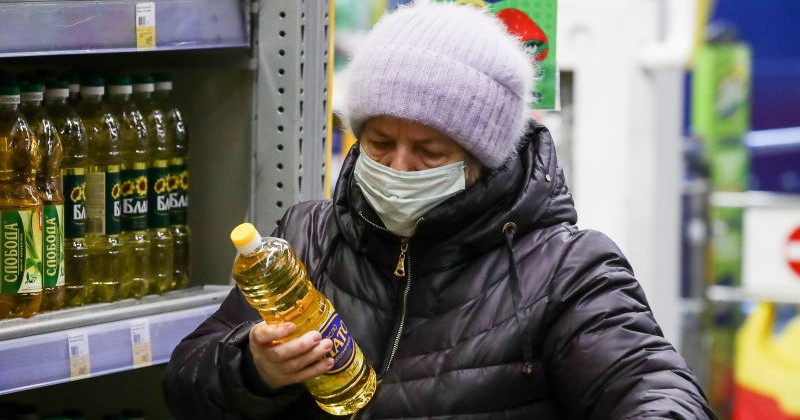 A top doctor who served as an expert witness for the U.S. Congress says that even after a COVID-19 vaccine is available, mask wearing and other social distancing measures will remain mandatory.

“I feel like there is this perception that once we have a #CoronavirusVaccine life will go back to normal,” tweeted Dr.Krutika Kuppalli.

“Life will not be like it was pre-COVID. Even after we have a #vaccine you will still need to use good hand hygiene, maintain physical distance, avoid crowds and wear masks,” she added.

I feel like there is this perception that once we have a #CoronavirusVaccine life will go back to normal.

Life will not be like it was pre-COVID. Even after we have a #vaccine you will still need to use good hand hygiene, maintain physical distance, avoid crowds and wear masks

As we have repeatedly highlighted, despite the original lockdown and social distancing rules being introduced on the basis of ‘getting back to normal’, we’re now being told life will never return to normal.

In a CNN article written by their international security editor Nick Paton Walsh, the author asserted that the mandatory wearing of masks will become “permanent,” “just part of life,” and that the public would need to “come to terms with it.”

Earlier this month, a senior U.S. Army official said that there’ll probably never be a return to “normal” post-COVID and that rules such as social distancing and mask wearing will likely become permanent.

Billionaire philanthropist Bill Gates also warned that the world won’t return to normal until there is widespread take up of a second coronavirus vaccine and that this could take years.

The idea that life will never return to pre-corona normality is also being pushed by globalist bodies like the World Economic Forum, which has promoted the necessity of exploiting the pandemic to implement a “great reset.”