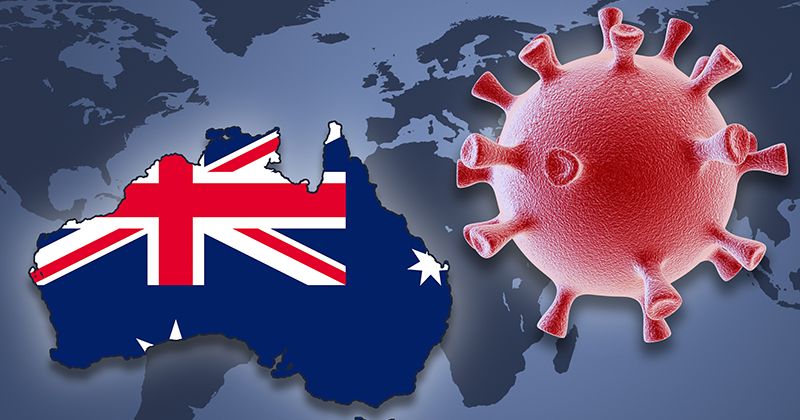 Drawing the ire of the communist Chinese government, Australia has announced that it will follow the lead of the United States and investigate the possibility that the Coronavirus leaked from A Wuhan bio-lab.

“The issues around the coronavirus are issues for independent review, and I think that it is important that we do that. In fact, Australia will insist on that,” the country’s Foreign Minister Marise Payne said earlier this week.

The Australian opposition party also expressed support for Payne and announced that it hopes the Chinese government will fully cooperate with an investigation.

Australian Prime Minister Scott Morrison spoke with President Trump on Tuesday, which triggered the Chinese government into a verbal attack.

“These days, certain Australian politicians are keen to parrot what those Americans have asserted and simply follow them in staging political attacks on China,” a statement from the Chinese embassy in Canberra read.

The Chinese Foreign Ministry also responded to the call for an investigation into the origins of the virus, claiming that it constitutes disrespect for “the Chinese people’s tremendous efforts and sacrifices”.

“Any question about China’s transparency in the prevention and control of epidemic situation is not in line with facts,” Chinese Foreign Minister Geng Shuang said.

Australia is one of the countries that has dealt with the spread of the virus more effectively, minimising its effects, and only suffering 75 fatalities.

The cities are close to China’s northernmost province bordering Russia, promoting fears that a second wave of the outbreak will overwhelm the area.

Watch: China Releases Video From Inside the Wuhan Bio-Lab 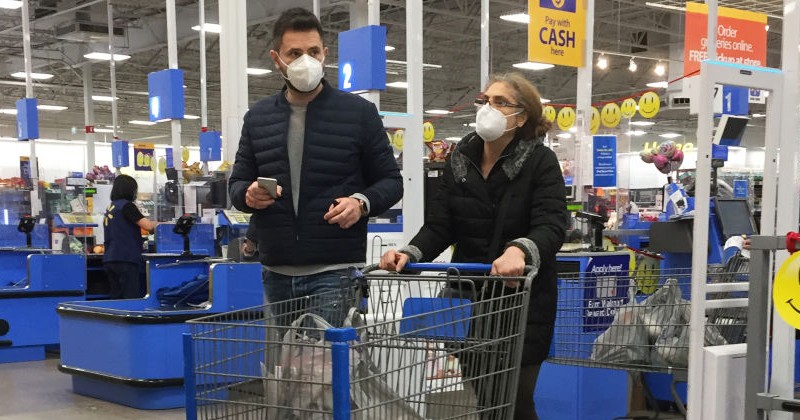 Oregon is moving to making its indoor mask mandate permanent, meaning the rule will only be able to be repealed in the highly unlikely event of Republicans winning the state.

Authorities are progressing in making compulsory face coverings an indefinite mandate and have taken “the first step in making the rule permanent,” reports KATU.

“The Oregon Health Authority (OHA) convened a Rules Advisory Committee (RAC) on Thursday. The RAC provided feedback on the indoor mask rule. The point of the committee is to suggest what should and shouldn’t be included in the ruling and discuss the impact it will have on the public.”

“Community stakeholders, including those from the hospitality and faith sectors, joined in the meeting. People from the Seventh Day Adventists Church, the High Desert Museum, the Oregon Shakespeare Festival, and McMenamins were a part of the conversation.”

Yes — that may sound alarming. Here's what you need to know about it:

-The current rule is temporary. It can't be in place more than 180 days.
-Making the rule permanent allows the state to keep the rule.
-The rule can be repealed.#LiveOnK2 pic.twitter.com/qEZAeExxu8

When the OHA publicly announces its intention to make the rule permanent, a period of public comment will follow, although that is largely meaningless and the mandate is likely to be rubber stamped.

Dr. Paul Cieslak, the medical director for communicable diseases and immunizations with OHA, defended the proposal by ludicrously attempting to argue that permanent doesn’t mean permanent.

“Permanent means indefinite. It doesn’t necessarily mean permanent,” Cieslak said. “We can repeal it as well, but we are only allowed to have a temporary rule for 180 days, and anything that goes beyond 180 days, we cannot extend it.”

In other words, once the mask rule is imposed permanently, it will never be repealed until Republicans win the state, something that hasn’t happened since 1984.

“Bureauweenies say they must make the mandate permanent in order to extend it,” writes Dave Blount. “If they still want to extend it now, why would they ever let it end? Even if Covid ever goes away, there is always the flu — plus, you never know when the ChiComs will oblige them by cooking up a new virus.”

There is still no body of evidence that shows mask mandates significantly stop the spread of COVID-19, with large scale investigations like the Danmask study disproving that premise.

At the start of the pandemic, public health “experts” like Dr. Anthony Fauci insisted that face masks shouldn’t be worn and could even make the spread worse, although that rhetoric did a sudden 180 when technocrats realized they were a potent weapon of population control to keep fear levels high.

New Brunswick Grocery Stores Given Power to Ban the Unvaccinated 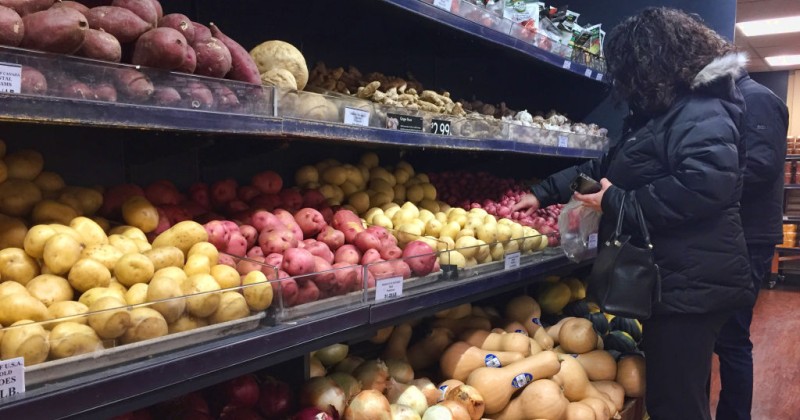 Grocery stores in New Brunswick, Canada have been given the power to ban unvaccinated people from entering, meaning the unjabbed could be prevented from conducting the essential activity of buying food.

The province’s health minister Dorothy Shephard said businesses will be given the option to either enforce physical distancing or check for proof-of-vaccination.

Those businesses include “malls and grocery stores.”

Shephard said the measure, part of the region’s three-level action plan to curb the spread of COVID-19 during the winter, is necessary to reverse a “very concerning” rise in cases.

“According to a guide by Public Safety Canada, food is among the ten critical infrastructure sectors, and its delivery and preparation is considered an Essential Service and Function,” writes Ken Macon.

“Provinces have been allowed to implement their own restrictions, but grocery stores have remained open to all, regardless of vaccination status.”

The measure appears to be a fundamental violation of human rights and now must surely be challenged in the courts.

This is yet another example of how, while authorities claim the vaccine isn’t mandatory, every basic existence and lifestyle function are being removed for those who don’t take the shot.

If this is allowed to pass, expect the next stage to be fitting unvaccinated people with electronic ankle bracelets to ensure they don’t leave their homes, or failing that just throwing them in prison.

There really is no depth to which this abyss cannot sink.

Yet country is set to push ahead with vaccines for kids anyway. 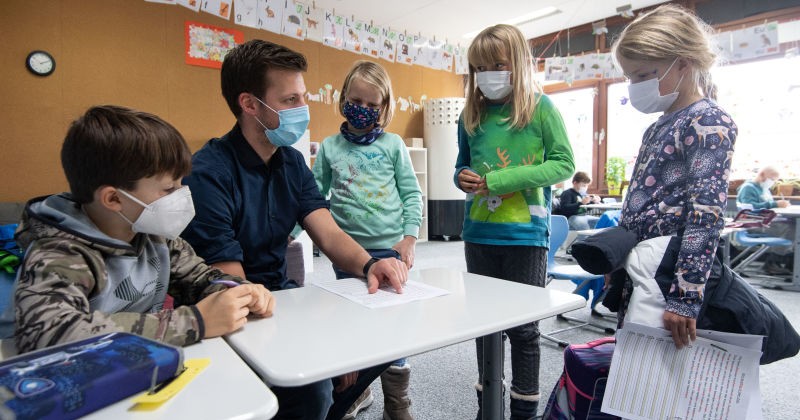 A study conducted by researchers in Germany found that not a single healthy child between the ages of 5 and 18 died from COVID-19 in the first 15 months of the pandemic.

“Overall, the SARS-CoV-2-associated burden of a severe disease course or death in children and adolescents is low,” the scientists reported.

“This seems particularly the case for 5-11-year-old children without comorbidities.”

While COVID claimed zero lives of healthy children between the ages of 5 and 18, it only claimed the lives of six children and adolescents in that age range who had preexisting conditions.

The frequency of a child requiring intensive hospital care for COVID was also 1 in 50,000.

Between March 2020 and May 2021 a total of eight infants and toddlers died, including five with preexisting conditions, making a total of 14 Germans under the age of 18 who died from COVID during that 15 month time period.

The figures are similar to those recorded in the UK, where only six healthy children out of 12 million died of COVID-19.

“Given the known risks of vaccine-induced myocarditis in young men, the fact that Pfizer tested its mRNA vaccines on barely 3,000 children 5-11 and followed most of them for only weeks after the second dose, the German data again raises the question of how health authorities can possibly justify encouraging children or teenagers to be vaccinated,” writes Alex Berenson.

“If you let your healthy child or teenager receive the mRNA Covid vaccine, you are insane,” he adds.

Despite the results of the study, Germany is likely to offer children under the age of 12 a vaccine in the first quarter of 2022.

This will likely end up being compulsory as the country embarks on a draconian plan to make the vaccine mandatory for adults by February next year.