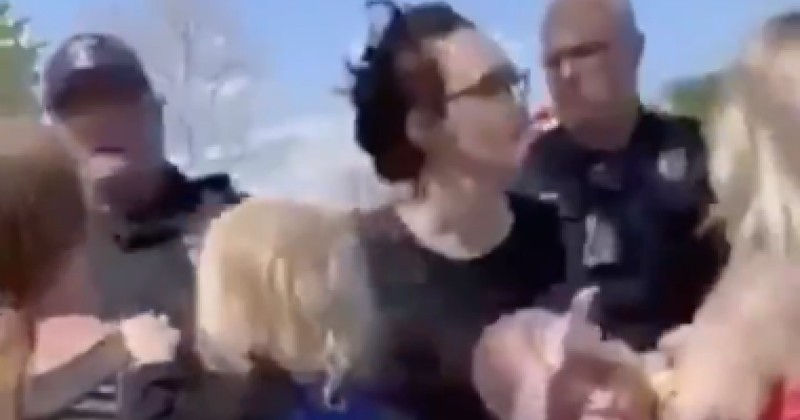 A mother in Idaho was arrested by police after she allowed her kids to play in a park in violation of the state’s lockdown order.

A video clip of the incident shows 40-year-old Sara Walton Brady being hauled away in handcuffs by police as two other mothers holding children attempt to stand in front of the officers.

“Not as a police officer, as a person, does this make sense to you?” one the women asks the officers.

Mother arrested for letting kids play, while violent criminals are released and crime SURGES in many cities pic.twitter.com/PfZXCa1Zwl

According to a Meridian Police Department statement on the issue, Brady was arrested for allowing her kids to use the playground apparatus and “was noncompliant and refused to leave after being given many opportunities, so she was arrested on one count of misdemeanor trespassing.”

Police also accused the families involved of removing caution tape that had been placed around the playground.

Following the incident, the tape was again placed around the playground but subsequently removed.

Authorities said they support people’s right to assemble for “peaceful protest” but that Brady’s actions were unlawful.

Brady could face a fine up to $1,000 dollars or even a six month stint in a county jail for violating the stay at home order.

“Idaho has not been particularly hard hit by the coronavirus,” writes Elizabeth Vaughn. “With a population of just under 1.8 million, the state has recorded 53 deaths (through April 21). America is now in the middle of its sixth week of quarantine.”

What is “The New Normal”?