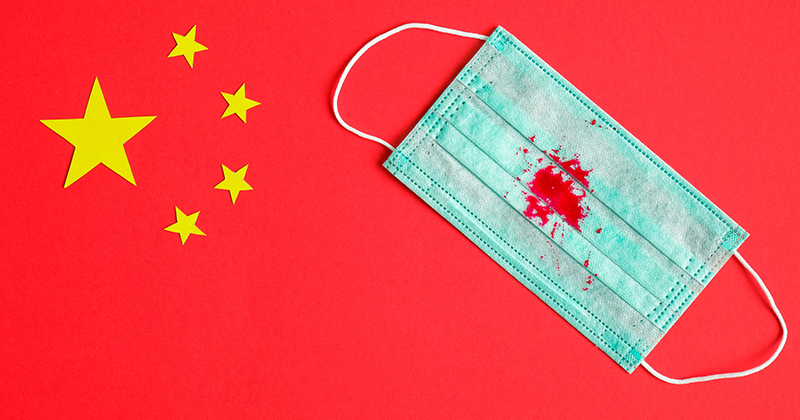 According to a report, at least seven federal lawsuits have been filed against the Chinese government over the spread of the deadly coronavirus, with some specifically singling out the Wuhan Institute of Virology, as US intelligence is now ‘near certain’ that the virus leaked from the lab there.

Fox News reported that “Americans across the nation are really seeking now legal remedies of their own…targeting the Chinese government, seeking reparations of trillions of dollars in damages.”

the report notes that “Five of the lawsuits do not seek a specific amount of money or damages. One, however, wants China to fork over $20 trillion, while another wants $8 trillion.”

Missouri has also filed a lawsuit against China, making it the first state in the nation to do so. Specifically named in the filing are the Communist Party of China, the government of Wuhan City, and the Wuhan Institute of Virology, along with the Chinese Academy of Sciences.

Missouri Attorney General Eric Schmitt says that China knew “COVID-19 was dangerous and capable of causing a pandemic, yet slowly acted, proverbially put their head in the sand, and/or covered it up in their own economic self-interest.”

The suit further states that “Chinese authorities deceived the public, suppressed crucial information, arrested whistleblowers, denied human-to-human transmission in the face of mounting evidence, destroyed critical medical research, permitted millions of people to be exposed to the virus, and even hoarded personal protective equipment—thus causing a global pandemic that was unnecessary and preventable.”

It also accuses China of misleading the World Health Organization (WHO) as part of a coverup by delaying vital information on COVID-19 to the organization for weeks after the outbreak was identified.

The suit states that when the CCP eventually decided to inform the WHO, they denied human-to-human transmission, “despite having significant evidence to the contrary.”

This “induced the WHO to also deny or downplay the risk of human-to-human transmission in the critical weeks while the virus was first spreading,” the suit reads.

Missouri’s complaint also alleges that China hoarded personal protective equipment (PPE) for its own profit, despite health workers all over the globe desperately needing it.

Read the entire complaint below:

China has denied all wrongdoing, with Chinese Foreign Ministry spokesman Geng Shuang saying that “China has been attacked by the virus and is also a victim of the virus,” adding that “We are not the culprit, not the accomplice of the virus.”

GOP Sen. Tom Cotton, told Fox News Monday that he is working on legislation that will “open American courts to all the victims of the virus so they can sue Chinese officials.”

“We can impose sanctions on Chinese who were involved in this coverup.” Cotton added.

Cotton, who has previously warned that China will face a reckoning, also told Breitbart News that Americans must boycott China, particularly Chinese products, for “unleashing” the coronavirus pandemic on the world.

Watch: China Releases Video From Inside the Wuhan Bio-Lab