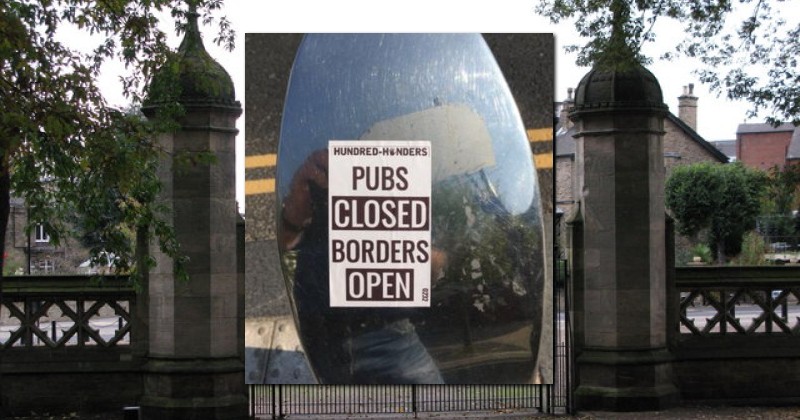 Two men in the UK were arrested on charges of racially aggravated offenses after they posted stickers related to the coronavirus outbreak which said “pubs closed, borders open.”

The stickers, another of which said “open border, virus disorder,” were posted on lamp posts, bins, bus stop signs and bollards around areas of Sheffield. They are believed to be the work of the Hundred-Handers group, described as “far right” by the BBC.

Police said two men, aged 20 and 22, were held on suspicion of racially aggravated public order offences and have now been released while investigations continue.

Local councillor Miskell said the stickers were an affront to diversity.

SImilar stickers have also been posted in other northern cities, including Leeds, York and Hull.

The stickers were deemed “racist” despite the fact that early border controls are what saved some countries from the worst of the coronavirus.

U.S. President Donald Trump also announced last night that America would be temporarily closing its borders to all immigration in order to fight COVID-19. 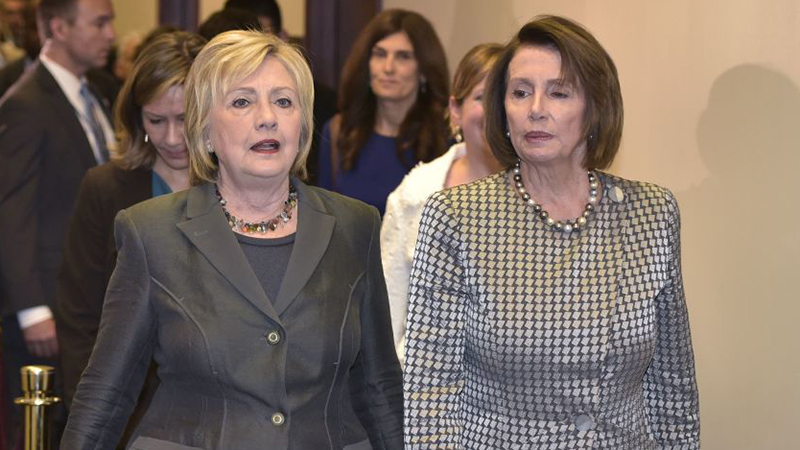 In a conversation that sounds like two demented Q Anon members, Hillary Clinton and Nancy Pelosi suggested that President Trump instigated the Capitol siege at the behest of Vladimir Putin.

Two time failed Presidential candidate Hillary wheeled out Pelosi on her “podcast”, and the two soon began to spout their familiar conspiracy theories.

“We learned a lot about our system of government over the last four years with a president who disdains democracy and, as you have said numerous times, has other agendas,” Clinton blathered.

“What they all are, I don’t think we yet know. I hope historically we will find out who he’s beholden to, who pulls his strings,” she continued, adding “I would love to see his phone records to see whether he was talking to Putin the day that the insurgents invaded our Capitol.”

She then said that Trump’s “enablers,” “accomplices,” and “cult members” were behind the rioting.

Clinton asked Pelosi “Do you think we need a 9/11-type commission to investigate and report everything that they can pull together and explain what happened?”

Pelosi responded “I do,” and claimed she told Trump that  “With you, Mr. President, all roads lead to Putin.”

“And these people, unbeknownst to them, maybe, are Putin puppets. They were doing Putin’s business when they did that at the incitement of an insurrection by the president of the United States,” Pelosi proclaimed, adding “So yes, we should have a 9/11 commission, and there is strong support in the Congress to do that.”

So another three year waste of time and money chasing some Putin conspiracy?

UK Police Boast About Fining Person Eating A Kebab, Alone, In A Car

The Covid crackdown is now in full force 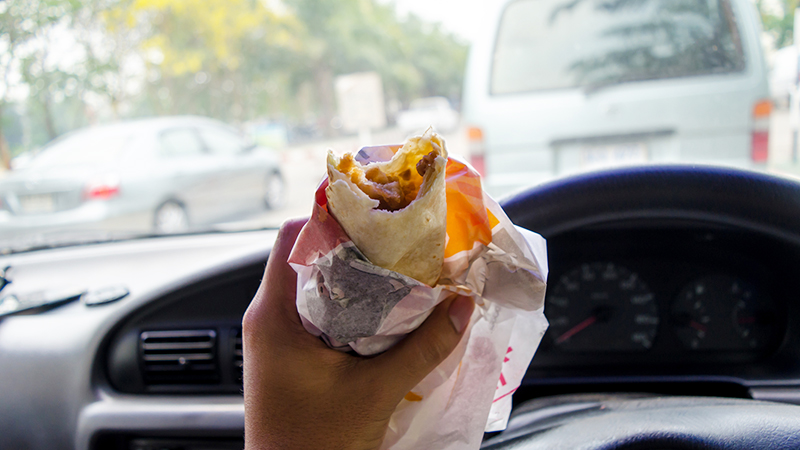 As the crackdown on lockdown ‘violators’ is being amped up by the authorities in the UK, police were criticised for boasting about fining a person who they witnessed eating a kebab in their car, alone.

Avon and Somerset Police tweeted about the incident which occurred over the weekend at Cheddar Gorge, a place of natural beauty in the South West of the country.

The issue, police say, is that the person drove 20 miles from Bristol to eat the kebab.

Police bragged about patrolling the area to punish people they deemed to be breaking lockdown:

In a further statement to media, police said that while “patrolling in Cheddar [they] engaged with a number of people who were sitting in parked cars in Cheddar Gorge.”

“Officers took the decision to issue fixed penalty notices to seven individuals whom they determined were not local to the area, were not members of the same household, and did not have a valid reason for their journey under the current COVID-19 regulations,” the statement continued.

“We would ask that people follow the regulations, only travel when it is essential and take exercise locally to their home address, in order to save lives and protect the NHS,” the statement concluded, parroting government rhetoric.

The Police are asking the public to report lockdown violators:

While some expressed disgust with police, others were eager to snitch:

This incident followed a number of other cases of police cracking down on people that made headlines over the weekend.

The women, Jessica Allen and Eliza Moore, told reporters that the police appeared ‘desperate to fine them’:

The women explained that they reasoned the remote place they chose to walk “would keep us safer, and it would be safer for everyone else as well.”

The pair said that “The officers approached us as we parked, we parked two spaces away from each other to ensure we really were complying with social distancing, and the officers soon started walking towards our vehicles.”

“They were looking to find information that they could justify that we had broken the rules,” they explained.

Elsewhere, video emerged of policing arresting people who were walking, sitting on benches and drinking coffee outside.

After the footage went viral, police claimed that the whole thing was staged by ‘anti-lockdown protesters’:

As we reported earlier, the government has reportedly discussed upping COVID restrictions even further by only allowing people to leave their homes once per week, and banning talking to friends in the street or supermarket.

Supermarkets themselves are reportedly set to be patrolled by police and inspected amid claims that they are not enforcing social distancing rules effectively enough. Some may face fines for ‘bending the rules’, according to reports.

It is clear that the public is growing sick and tired of lockdown restrictions, and that police are implementing a more heavy handed approach in order to enforce government Covid decrees.

“Stop saying that we must respect Trump supporters who believe bullshit” 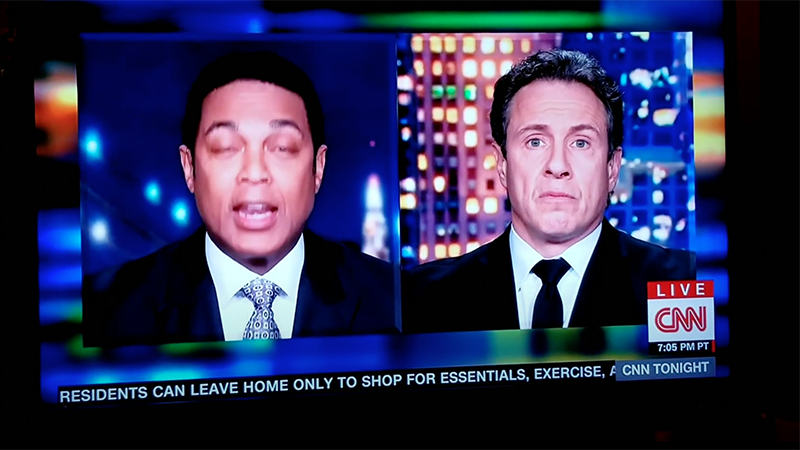 CNN host Don Lemon declared Monday that leftists should stop pandering to people who claim that supporters of President Trump should be afforded respect, because they all “believe bullshit.”

Lemon was discussing the intentions of some GOP lawmakers to object to the Electoral College certification of Joe Biden as President elect.

“We have millions and millions of voters who believe this election was illegitimate and it was stolen. Why do they believe that? Because you have been telling them that,” Lemon ranted.

“Of course, they’re going to believe it. If you would stop telling them that and start telling them the truth, then maybe they would believe the truth, that the election was not stolen and it was a clean election according to everyone who has investigated, most of them Republicans,” he continued.

“So stop saying that we must respect Trump supporters who believe bullshit because it is bullshit that you have been feeding them,” the host further frothed.

“The president and you have been feeding them the BS, and now that they believe it, all of a sudden, again, another self-fulfilling prophecy and feedback loop,” Lemon raged.

Don Lemon has had it with the Republicans “BULLSHIT!”

Cuomos sorry ass had to follow up Dons epic rant with “Democrats gotta get stepped on too” both sides BS. He’s awful pic.twitter.com/H4Fb6QQubK

Of course, it’s no surprise that Lemon projectile vomited this bile, it’s what he does on a nightly basis. He recently labelled Trump supporters drug addicts, and over-privileged tax avoiders.