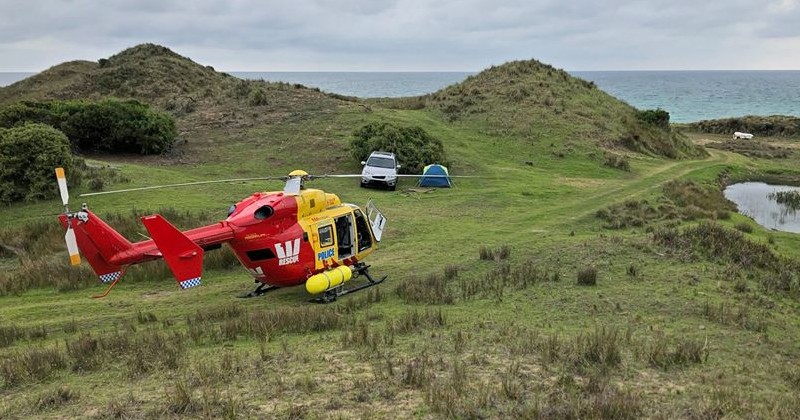 Police in Tasmania are using a surveillance helicopter to track down people camping in remote locations in violation of coronavirus lockdown laws.

“Tasmania Police officers conducting aerial surveillance around the state, including on the North-West Coast located several campsites where people were directed to leave and return home,” reports The Advocate.

“When u social distance so well that the cops have to find u by helicopter,” tweeted Twitter user @PetiteNicoco.

When u social distance so well that the cops have to find u by helicopter pic.twitter.com/iOmd0AOqCf

17 people across the state were charged with a lockdown offense in a period of just 24 hours over the Easter weekend.

The Westpac Rescue Helicopter “landed near campsites which were viewed from the air” to interrogate campers in the region. Where the chopper couldn’t land, officers were dispatched to the area on foot.

Commander Rob Blackwood called the campers “selfish” for endangering other people during the COVID-19 pandemic despite them literally being around no other people.

“Covert and marked police vehicles, and the Westpac Rescue Helicopter, will continue to undertake patrols around the state, so if you’re away from your primary residence you can expect police to stop and speak to you about your movements,” Tasmania Police said on their Facebook page.

The practice was denounced by many as absurd overkill given that the campers are hardly posing a threat to anybody.

“You will do as commanded, even if you’re already doing it in the woods. Compliance is nonoptional. The state knows what is best, citizen,” commented another.