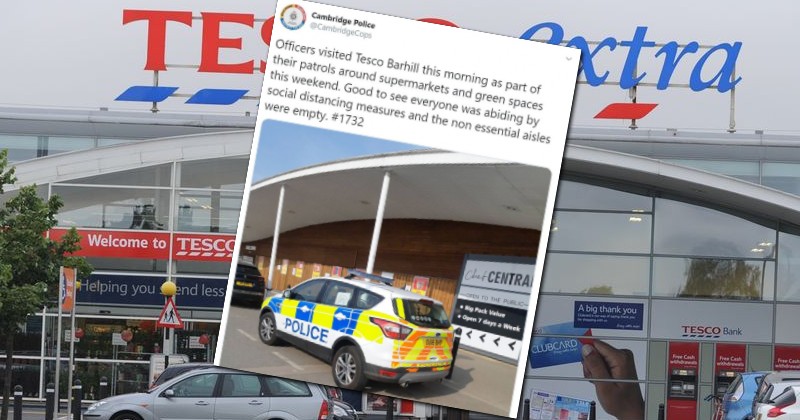 Downing Street has been forced to clarify that officers won’t be checking what people buy in supermarkets after yet another tweet by a police force that doesn’t understand the coronavirus lockdown laws.

The controversy began when Cambridge Police tweeted that they were monitoring “non-essential” supermarket aisles in a local branch of Tesco to make sure people weren’t purchasing frivolous items. 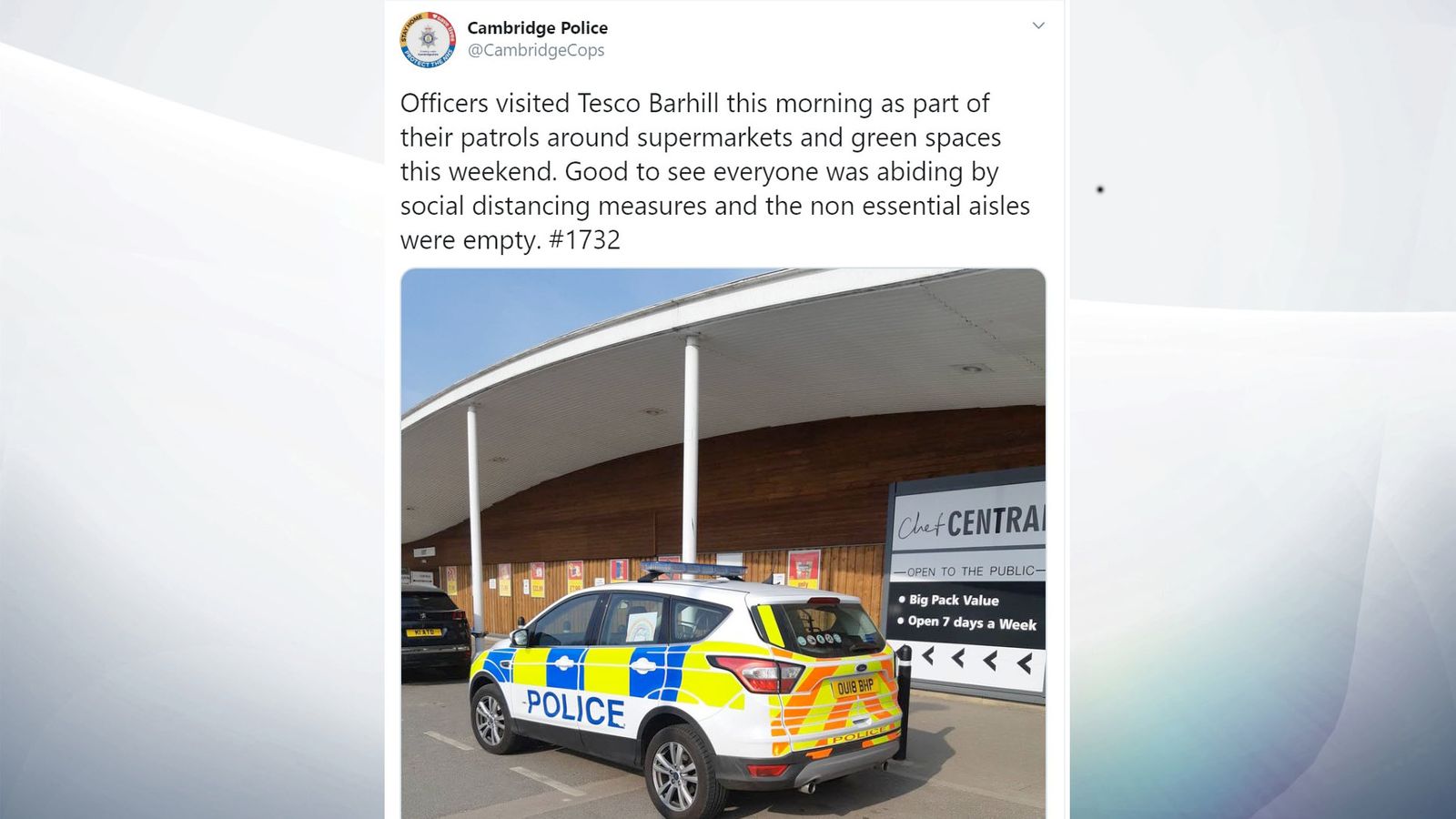 This prompted a public backlash from people asking the police to define precisely what a “non-essential” item was.

Cambridge Police walked back the original tweet, stating, “We are not monitoring what people are buying from supermarkets. This message was sent with good intentions by an over exuberant officer who has been spoken to since this tweet was published.”

1/2 For clarification, the force position, in line with national guidance, is that we are not monitoring what people are buying from supermarkets. This message was sent with good intentions by an over exuberant officer who has been spoken to since this tweet was published.

2/2 Whilst the majority of people in our communities are abiding by the social distancing measures we have had to issue a small number of fines to those who are flouting the rules. None of these have been in relation to shopping or supermarket visits.

This followed a similar faux pas yesterday when another police force warned that they could start setting up roadblocks and checking people’s shopping baskets for non-essential items, although were later forced to backtrack.

The mess prompted the government to get involved, with Downing Street assuring the public they can buy whatever is being sold at supermarkets.

“We set out a list of shops which could remain open and if the shops are on that list then they are free to sell whatever they have in stock,” the prime minister’s official spokesman said.

The government also clarified that it is not illegal for people to be outside in their own gardens following the release of a video which showed a female South Yorkshire Police officer telling a family it was against the rules for their children to be playing in their own front garden.

Meanwhile, authorities in London have provoked more fury by taping off benches in parks, prompting complaints that elderly and disabled people who may need to rest while they are out on a walk will be put at risk.

Oi mate, you got a license to sit on that bench? pic.twitter.com/MhEmMVCahd

With the weather set to be good across the UK this weekend, authorities have become more stringent in emphasizing that social distancing rules must be adhered to or lockdown measures will become more draconian.

However, the lockdown will only continue to work if police maintain the public’s consent. If they become too overtly heavy-handed in enforcing it, many people will just refuse to obey the rules anyway.

Video: Philadelphia Man Dragged Off Bus by Police For Not Wearing Face Mask

Video: Fake News Acosta Asks Trump If He Has ‘Investments in Hydroxychloroquine’