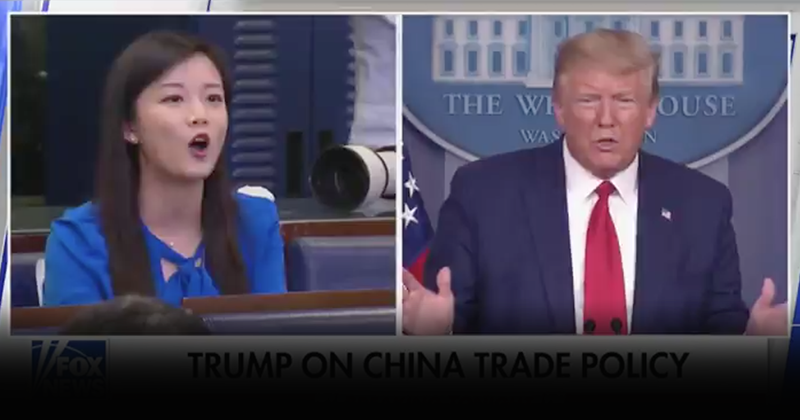 During the White House Coronavirus Task Force press briefing Monday, President Trump was engaged by a reporter claiming she was from an independent media outlet in Hong Kong. The exchange intensified as Trump asked the journalist if she was working for China, after she reeled off a list of pro CCP talking points.

The reporter stated “Only last week there were multiple flights coming from China full of medical supplies, companies like Huawei and Alibaba has been donating to the United States like 1.5 million N95 masks and also a lot of medical gloves and much more medical supplies.”

The President interrupted her, noting “That sounds like a statement more than a question.”

The reporter continued, “The Chinese Ambassador Cui Tiankai last night wrote a op-ed in The New York Times calling for cooperation with the United States… So are you personally working directly with China on medical supplies and fighting with the virus?”

Trump answered the question by referring to the US trade deal with China, but became agitated when the reporter asked if he was “cooperating with China.”

"Who are you working for, China?" – President Trump asks a reporter from Phoenix TV, which is partially owned by the Chinese state bank.pic.twitter.com/EJEMLDblLW

“Who are your working for, China?” Trump asked. “You work for China? Who are you with?”

“Who owns that, China?” Trump demanded to know. “Is it owned by China?” he again asked.

“It’s based in Hong Kong,” the reporter repeated.

“Is it owned by the state? Trump asked.

“No, it’s not,” the reporter claimed, suggesting that “It’s a private owned company.”

It turns out that Trump was correct to have suspicions.

Phoenix TV is partially owned by a subsidiary of the Chinese state bank, as of 2018 https://t.co/PkuUGi6D4N https://t.co/Hc88n86mNw

In addition, as noted by researchers on social media, the founder and CEO of the outlet, a man named Liu Changle, was a colonel in the Chinese military.

And then there’s this:

A former Phoenix TV news director testified in 2018 that the network is controlled by China's Communist Propaganda Department and that there are internal directives to not report positively on the United States.

Why is this outlet in the White House asking Trump questions? pic.twitter.com/LrNZacN2a5

In a statement submitted as part of an FCC filing, Chung Pong said “I know from personal experience that Phoenix TV’s content is subject to the dictates of the leadership of the Central Communist Propaganda Department, Central Communist Overseas Propaganda Office, and the Ministry of Foreign Affairs which often directly sent instructions to Phoenix Satellite TV.”

“Phoenix TV has been identified by U.S. intelligence agencies as a major overseas outlet used to spread propaganda and promote the policies of the communist government in Beijing,” the Free Beacon reported, adding “The Hong Kong television station also has close ties to China’s intelligence service and military.”

If this is known by U.S. intelligence, then why the hell is this person allowed in the White House? 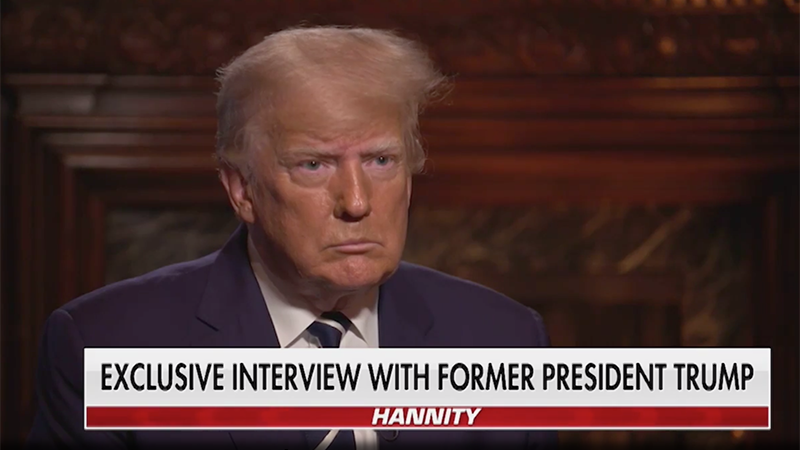 President Trump again strongly hinted that he is preparing for a 2024 run Monday, and urged that the GOP must run on the MAGA agenda if it is to win back Congress next year.

Trump spoke with Fox News host Sean Hannity, noting “I am looking at it very seriously, beyond seriously.”

“From a legal standpoint, I don’t want to really talk about it yet, it’s a little too soon,” Trump added.

While details were scant, Trump did say that a run depends on getting “the right people” in the Senate and the House, and that he is planning to be a major part of the mid term campaigns.

Trump said that if Republicans “want to win and win big,” they must run on his “Make America Great” agenda.

Trump emphasised “Look, I’ve got tremendous numbers … there is more popularity [for me] now than there was the day before the election, because they see how bad things are at the border. They see what is going on, they see that their guns are gonna be gone … their taxes are going up. Regulations are going through the roof. Job [losses] are going to go up…”

Trump described the border crisis as “a horrible situation [that] could destroy our country,” adding “There’s never been anything like what’s happened at our border and people are coming in by the tens of thousands.”

As regards gun control, Trump stated “I don’t know if Joe knows what’s going on with [the Second Amendment], because I think you have a cabal, you have a group of people that are sitting around a table just saying do this, do this, do this. They’re giving him these things to sign.”

A “cruel and heartless attack on the American dream” 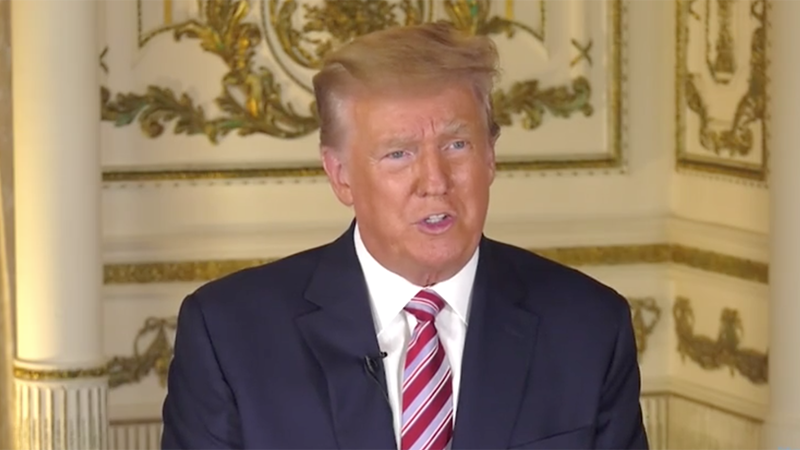 After Joe Biden proposed a huge tax hike to pay for a $2-3 trillion spending spree, President Trump blasted it as a “globalist betrayal” and a “cruel and heartless attack on the American dream.”

Despite promising not to raise taxes for middle class Americans, Biden’s latest Spending proposal will likely effect people at the earning threshold of $200,000 per year, with the White House now suggesting that the previously announced $400,000 threshold for tax increases applies only to families, and not individuals.

Trump labeled the hike as “a massive giveaway to China, and many other countries, that will send thousands of factories, millions of jobs, and trillions of dollars to these competitive Nations.”

Trump continued, “Biden’s ludicrous multi-trillion dollar tax hike is a strategy for total economic surrender. Sacrificing good paying American jobs is the last thing our citizens need as our country recovers from the effects of the Global Pandemic.”

Trump concluded “This tax hike is a classic globalist betrayal by Joe Biden and his friends: the lobbyists will win, the special interests will win, China will win, the Washington politicians and government bureaucrats will win — but hardworking American families will lose.”

Trump also took part in an interview Wednesday with his daughter-in-law Lara, which was swiftly erased from Facebook and other social media sites.

During the interview, he suggested that he may soon hold a huge rally ” just to let everybody know that there’s hope in the future.”

“I love doing them,” Trump said of the rallies. 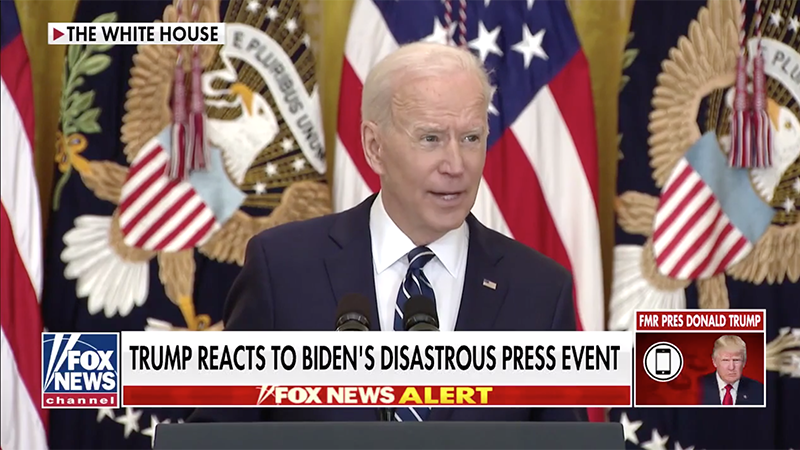