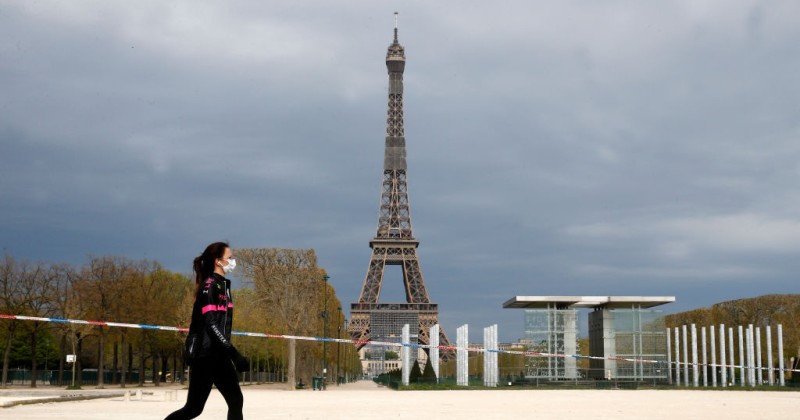 Authorities in Paris have announced they will ban outdoor exercise between the hours of 10am and 7pm as the coronavirus lockdown tightens.

“All physical exercise – running, walking – will be banned in Paris between 10am and 7pm from tomorrow (Wed April 8) as part of ever stricter Coronavirus lockdown, by order Paris Police Prefecture & city council,” tweets Paris-based journalist Peter Allen.

Paul Joseph Watson is on air with Alex Jones right now discussing this and other breaking developments:

All physical exercise – running, walking – will be banned in Paris between 10am and 7pm from tomorrow (Wed April 8) as part of ever stricter Coronavirus lockdown, by order Paris Police Prefecture & city council…Aim is to keep crowds down. What about pre-10am & post-7pm crowds?

Indeed, respondents questioned whether the new rule would just create a bottleneck of joggers and cyclists in the early and later hours, making social distancing even harder.

Others pointed out that the rules are designed to prevent people congregating in parks to sunbathe, something that has been a big issue in other cities such as London, and will also protect elderly people doing early morning grocery shopping.

France, which forces its citizens to carry papers explaining why they are outside, is imposing further lockdown measures despite other European countries like Austria beginning to relax them.

Chancellor Sebastian Kurz announced plans to begin to re-open the economy starting next week, starting with shops and then other industries, including pubs and restaurants which will open by the end of next month.

Austria closed its border with COVID-19 stricken Italy on March 11, which undoubtedly contributed to the fact that the country has lower total coronavirus infections than its neighbors.

US Army Colonel: Coronavirus Was Leaked From A Chinese Lab

Video: Fox Reporter Asks The One Question Every American Wants The Answer To

“If vaccines work, then why do people who have the vaccine now need to wear masks?” 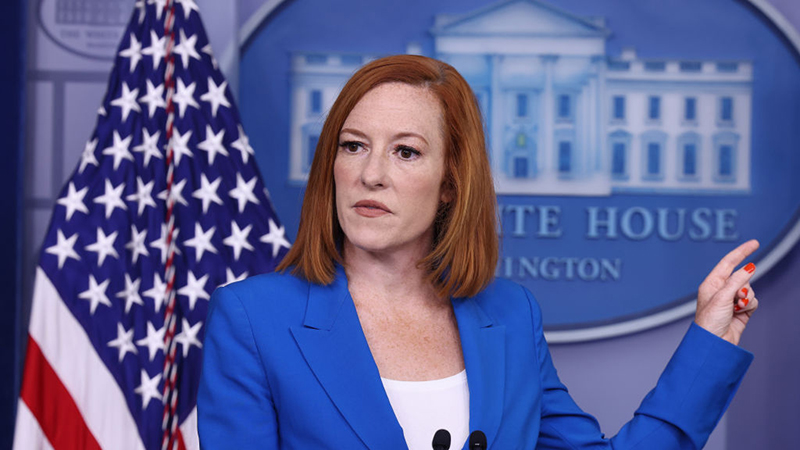 Fox News reporter Peter Doocy posed the question on every American’s lips Tuesday after Joe Biden, on orders from the CDC, declared that vaccinated Americans now have to wear masks in public again – If the vaccine works, why?

Doocy again was the only reporter in the White House gaggle to question the overlord’s decree, grilling Press Secretary Jen Psaki, who again had no logical answer.

Psaki said it is “Because the public health leaders in our administration have made the determination based on data, that that is a way to make sure they are protected, their loved ones are protected and that’s an extra step given the transmissibility of the virus.”

In other words, Americans all have to wear masks again ‘because we say so’.

There is no logic to the announcement, which is why Iowa Gov. Kim Reynolds, as well as others such as Gov. Greg Abbott (R-Texas), quickly responded by saying they would not be enforcing the new rule.

“I’m concerned that this guidance will be used as a vehicle to mandate masks in states and schools across the country, something I do not support,” Reynolds said, adding that the latest guidance is “not grounded in reality or common sense.”

“That’s under consideration right now, but if you’re not vaccinated you’re not nearly as smart as I thought you were,” Biden said.

“If you want Covid information, speak to your Doctor.” 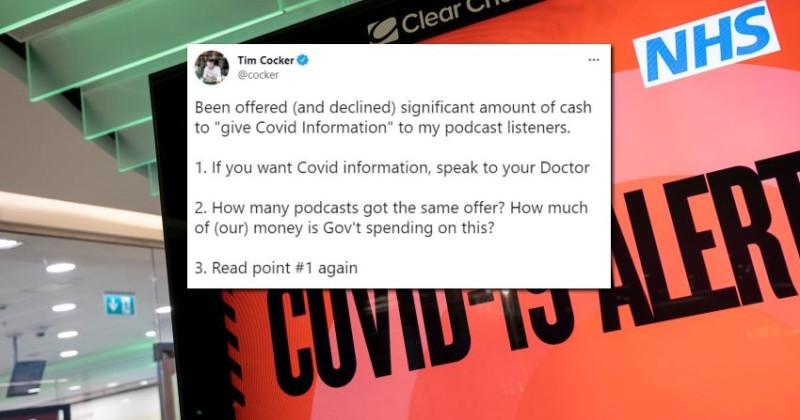 A podcaster says he was offered a “significant” amount of money by the UK government to push COVID information but refused, instead asserting that people should “speak to your Doctor.”

Tim Cocker is a television and radio personality who primarily fronts sports content, but he was apparently contacted by the state and offered cash to use his platform to amplify what authorities want people to think about the coronavirus and vaccines.

“Been offered (and declined) significant amount of cash to “give Covid Information” to my podcast listeners,” tweeted Cocker.

Been offered (and declined) significant amount of cash to "give Covid Information" to my podcast listeners.

1. If you want Covid information, speak to your Doctor

2. How many podcasts got the same offer? How much of (our) money is Gov't spending on this?

1. If you want Covid information, speak to your Doctor

2. How many podcasts got the same offer? How much of (our) money is Gov’t spending on this?

“Thank you for having the integrity to refuse and the courage to speak about it publicly,” commented another.

Cocker’s story is interesting because the only attention the media has given to anything similar is when YouTubers in Europe blew the whistle on a shadowy PR agency that was trying to get influencers to discredit COVID vaccines.

“French and German YouTubers, bloggers and influencers have been offered money by a supposedly UK-based PR agency with apparent Russian connections to falsely tell their followers the Pfizer/BioNTech vaccine is responsible for hundreds of deaths,” reported the Guardian.

Will the media follow up with Cocker and investigate exactly what government department is using taxpayer money to make podcasters push a certain narrative on COVID, despite them having no medical expertise? 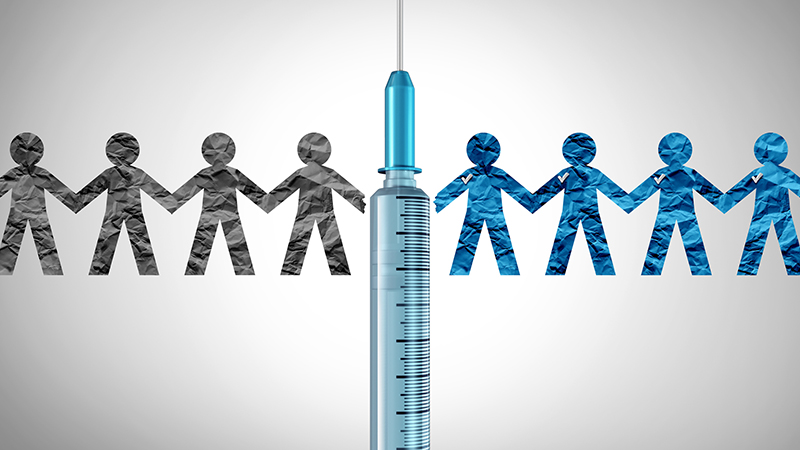 Unvaccinated Americans were the talking point of the day on Monday with a slew of figures slamming those who have chosen not to take the coronavirus jabs, assigning blame to them for America ‘going backwards’, likening them to murderers, and suggesting that they are to blame for more deadly variants of the virus emerging.

First up, the White House with Press Secretary Jen Psaki claiming that America is in reverse because “there are still a large population of people in this country who are unvaccinated – and we have the most transmissible variant that we’ve seen since the beginning of the pandemic that more people are getting sick with Covid.”

Psaki announced that travel restrictions will not be lifted because of the Delta variant:

She also declared that a return of the mask mandate is under consideration:

Finally, Psaki did not rule out applying restrictions only to unvaccinated people:

Next up was Fauci, who appeared on his favourite softball network MSNBC to announce that unvaccinated Americans will be to blame for the next deadly variant:

CNN’s Lemon Don declared that the unvaccinated should be prevented from having normal lives.

Meanwhile in New York, Cuomo’s brother proclaimed “we have to get in those communities, and we have to knock on those doors, and we have to convince people, and put them in a car and drive them and get that vaccine in their arm. That is the mission.”

NEW – NY Gov. Cuomo: “We have to knock on those doors, and we have to convince people, put them in cars & drive them and get that vaccine in their arm. That is the mission.”pic.twitter.com/nSIVsBuoPo

Finally, on the other side of the country, California governor Gavin Newsom likened unvaccinated Americans to murderous drunk drivers:

Newsom’s comments come after he announced that California will require proof of vaccination or weekly testing for all state workers and health care employees.

The message is clear, ‘we’re all in this together’… except for the unvaccinated.