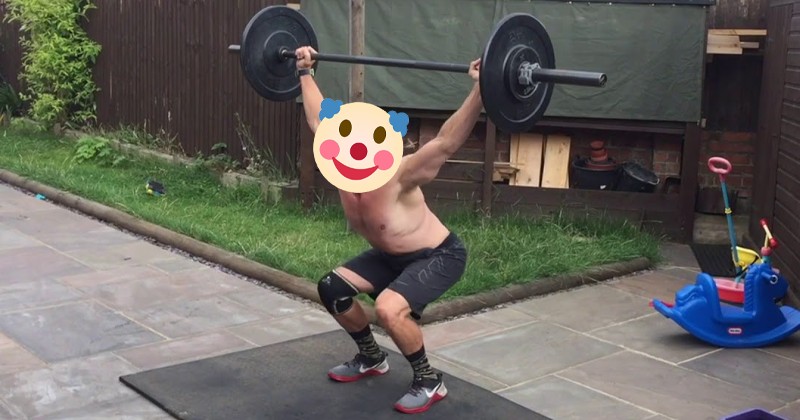 A neighbor called the police on a family because they were outside on their front yard weightlifting during the coronavirus lockdown.

That’s according to writer and podcaster Jack Murphy, who revealed what happened in a tweet that went viral.

“My neighbor just called the cops on my family for…..wait for it….weight lifting,” he tweeted. “We were cleaning and pressing on our own front walk that leads to the front steps. Not the public sidewalk. And. She. Called. The. Cops. Quarantine making people nuts.”

My neighbor just called the cops on my family for…..wait for it….weight lifting.

We were cleaning and pressing on our own front walk that leads to the front steps.

Not the public sidewalk.

Murphy followed up by explaining that two police cars showed up but were embarrassed and officers said that he was not in violation of any law.

The police did come. One car came. Then another. They came up to me as I sat on my porch.

They said there was a complaint about weightlifting.

I said yes we were.

I asked “is this a violation? Do I need to modify my behavior?”

In fact they were embarrassed.

Murphy then joked that he was living next door to a ‘Karen’ – which is a meme that described an obnoxious, interfering female.

If I made a word cloud with the responses I got to this thread it would look like this: pic.twitter.com/lYWhhUHrCo

We recently highlighted the case of another ‘Karen’ who said she was calling the cops on a young man for leaving in his car during the lockdown.

Some Californians are also reportedly calling the authorities if they hear neighbors coughing or sneezing inside their own houses.

As I document in the video below, Karens have been empowered by the snitch culture that has emerged as a result of the COVID-19 quarantine.