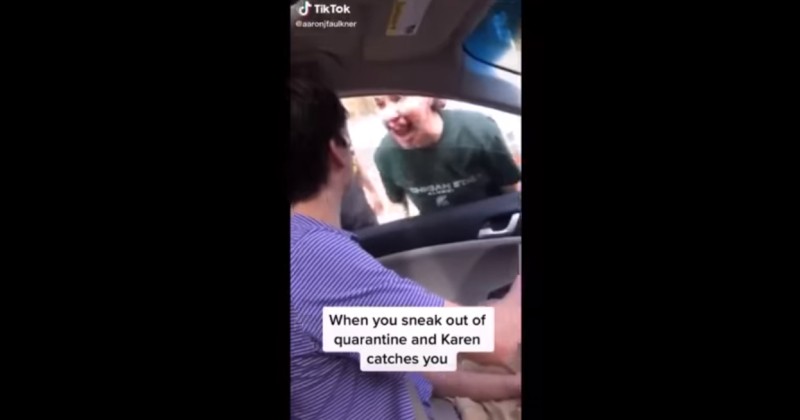 A video posted to Facebook shows a woman threatening to call the police on her neighbor for violating the coronavirus lockdown.

The clip is titled ‘When your nosey neighbor catches you leaving during the lockdown’ and shows an angry woman confronting a young man as he sits behind the wheel of his car.

“Your ass is grass, you understand?” says the woman as she waves her phone at the man.

She then bangs on the window before saying, “Be looking out for those cops.”

“Alright I will, I’ll be looking out for those cops,” he responds.

“You’re supposed to be sheltering in place, go ahead put me on social media,” adds the woman.

“And seriously, I’ve called the cops, I can’t wait,” she tells the man who responds, “I’m so scared, I’m so scared,” before driving away.

The clip was originally uploaded to Tik-Tok but was subsequently removed. The woman is referred to as Karen, which is a meme young people use to denote an obnoxious, interfering adult female who always tries to ruin teenage fun.

As we previously highlighted, in addition to snitching on people who violate lockdown orders, some Americans are even grassing their neighbors up to authorities if they hear them coughing or sneezing. 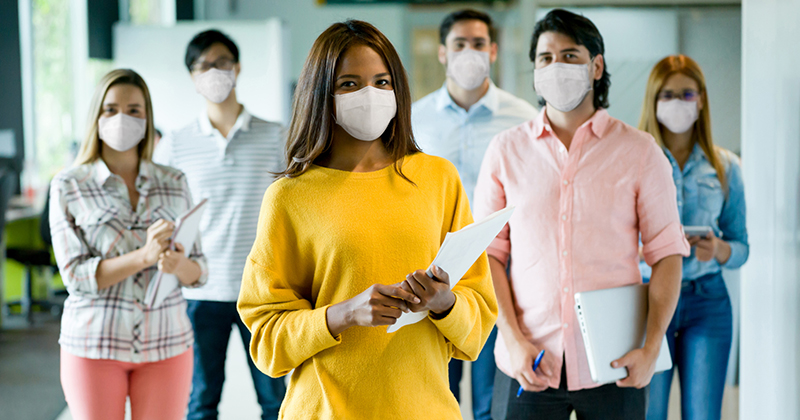