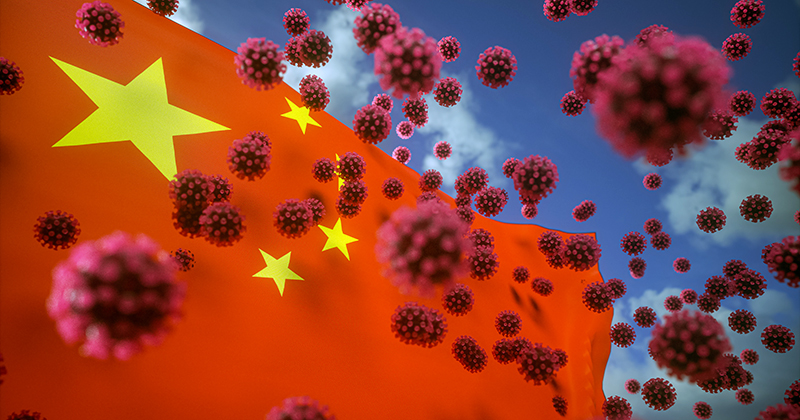 A classified intelligence report submitted to the White House has concluded that China under reported the amount of coronavirus cases and deaths within its borders, and actively worked to conceal the severity of the outbreak.

While it has been clear since January that China is lying about the virus, the western media, as well as the World Health Organisation has continued to parrot Chinese state media talking points.

U.S. intel report: "China has concealed the extent of the coronavirus outbreak in its country, under-reporting both total cases and deaths it’s suffered from the disease."

I was saying this in January, while the WHO & the western media was busy amplifying Chinese fake news.

China couldn't possibly be lying about the true extent of the coronavirus outbreak, could they? Surely not.

A top virologist who was involved in the response to SARS says he has visited Wuhan, China and believes that the coronavirus is “out of control.”https://t.co/tUZlbhfy2F

Coronavirus: It's time to shut down all flights out of Wuhan, China until we can figure out what the hell is going on.

A top news organization in China, Caijing, had one of their articles banned by Beijing after it noted Chinese officials were significantly underreporting coronavirus confirmed cases and deaths. https://t.co/YxF02bYJPH

Johns Hopkins University data suggests that China has publicly reported only about 82,000 cases and 3,300 deaths. Those figures have already been eclipsed in Italy, Spain, France and the US.

China is now rescinding lockdown orders and reopening affected areas, despite underreporting cases of coronavirus, by omitting, for weeks, asymptomatic carriers, and repeatedly revised its methodology for counting.

Already, new clusters of coronavirus outbreaks are being reported in the country.

Earlier this week, Dr. Deborah Birx, the coordinator of the White House Coronavirus Task Force, slammed China over the concealed data, proclaiming that it misled scientists on the seriousness of the outbreak.

“I think the medical community interpreted the Chinese data as that this was serious but smaller than anyone expected,” she declared. “Because I think probably we were missing a significant amount of the data.”

Dr. Birx added that she and other experts felt they were seeing an outbreak comparable to SARS when reviewing the Chinese data. However, SARS only had 8,098 cases globally and 774 deaths, numbers that now seem hopelessly out of proportion compared to the coronavirus outbreak.

In 2003, The New York Times reported that China admitted to under-reporting the total number of SARS cases.

Responding to news of the new US intelligence report, Hu Xijin, editor-in-chief of China’s state-run Global Times, declared that it is an attempt to divert attention from surging deaths in American and Europe.

“To fake the casualty data, which departments will be deployed? Who will implement the plan?,” Hu said, adding “It will involve many different departments in many places to get the total numbers. If one of them is faking once, they have to fake it all the time. The risk of screwing up could be very high.”

U.S. Secretary of State Mike Pompeo has continually blasted China’s “intentional disinformation campaign,” and it is clear that the latest US intelligence report on China’s subterfuge dovetails with the British government’s outlook, with scientific advisors having estimated that things could be 40 times worse in China than the communist state admits.

“There is a disgusting disinformation campaign going on and it is unacceptable,” an anonymous government source told The Daily Mail last week. “They [the Chinese government] know they have got this badly wrong and rather than owning it they are spreading lies.” the source added.

Ever since the outbreak began in December, it has been acknowledged that China has been lying about the true numbers.

A scientific study out of the University of Southampton in the UK  found that had China acted sooner to combat their coronavirus, then the further spread could have been almost entirely avoided, and it would not have become a global pandemic.

It has become clear that the first cases of the Chinese virus were reported in mid-late November and early December, with scientists even estimating that the first jump of the virus from animals to humans probably occurred in October in the city of Wuhan.

Instead of acting immediately, the Chinese government waited until January 23rd before issuing quarantine orders to the 11 million people living in Wuhan.

The communist state was also actively working to suppress and punish doctors and scientists who tried to get warnings out, and  lied to the world by claiming there was “no evidence” of human-to-human transmission.

"Chinese laboratories identified a mystery virus as a highly infectious new pathogen by late December last year, but they were ordered to stop tests, destroy samples and suppress the news."

They covered it up for a over month, brutally silenced whistleblowers, lied to the rest of the world and facilitated a geographic spread that would have been reduced by 95% if they'd been honest.

That's quite the ball drop. https://t.co/NQEmJ3SYyE

There’s nothing so permanent as a temporary government program.

“We will definitely be getting our baby VAXED TO THE MAX ASAP.” 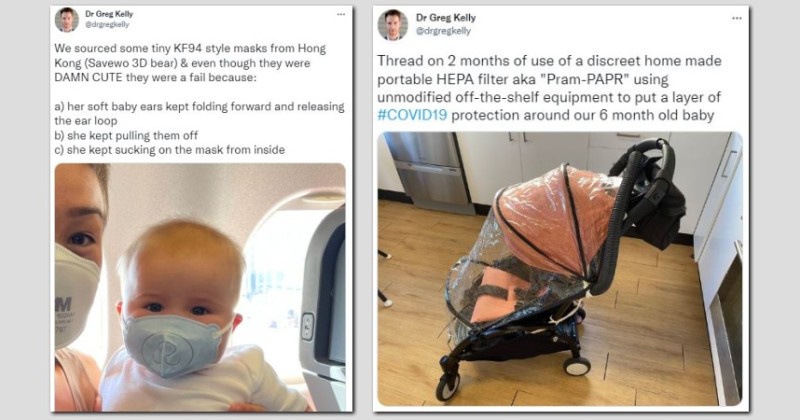 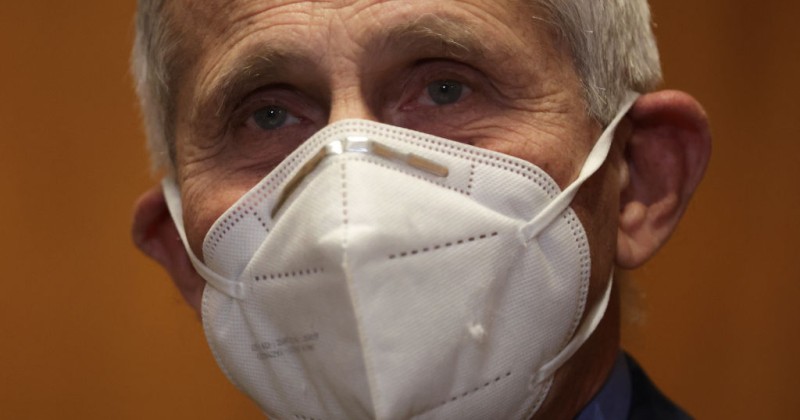 Quadruple-vaccinated Dr. Anthony Fauci has tested positive for COVID-19 and is experiencing “mild symptoms,” it has been revealed.

The Biden administration’s chief medical advisor tested positive on a rapid antigen test according to a statement released by the National Institute of Allergy and Infectious Diseases (NIAID).

“He is fully vaccinated and has been boosted twice,” said the NIAID, meaning that Fauci has taken four shots of the “safe and effective” vaccine.

“He is currently experiencing mild symptoms. Dr. Fauci will isolate and continue to work from his home,” the statement added. “He has not recently been in close contact with President Biden or other senior government officials. Dr. Fauci will follow the COVID-19 guidelines of the Centers for Disease Control and Prevention and medical advice from his physician and return to the NIH when he tests negative.”

Although he has repeatedly insisted that Americans should continue to wear masks, last month Fauci attended a crowded pre-party for the White House Correspondent’s Dinner and took maskless selfies with Don Lemon.

The photos underscored Fauci’s hypocrisy because he said he wouldn’t attend the event itself due to COVID.

During an interview last month, Fauci admitted he had “flip flopped” on COVID policy by constantly changing his mind, but that this was a good thing.

Back in April, Fauci acknowledged that the “pandemic phase” of COVID was over, but that hasn’t stopped him from hinting that restrictions could return at some point later this year.

During an appearance on MSNBC, Fauci let the truth about lockdowns slip – that they are theatre designed to scare people into getting vaccinated.

“You use lockdowns to get people vaccinated so that when you open up, you won’t have a surge of infections,” he said.