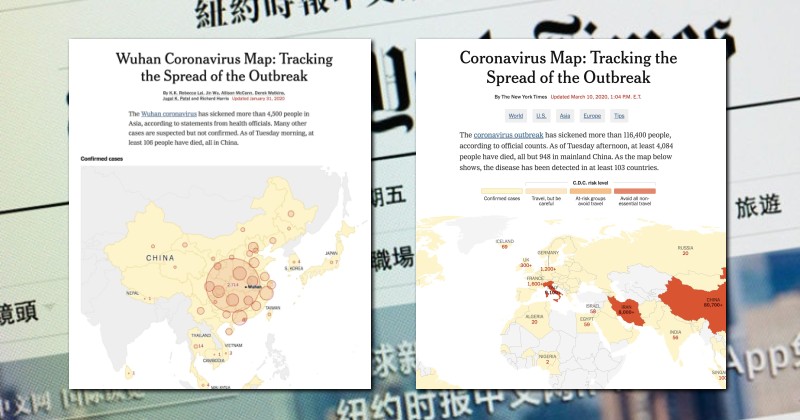 Following a media narrative that President Trump is “racist” for calling COVID-19 the ‘Chinese virus’, the New York Times has now deleted the word ‘Wuhan’ from its coronavirus tracking map.

Trump has repeatedly referred to the outbreak as the ‘Chinese virus’ in an effort to have Beijing take responsibility given that their cover-up of the outbreak in its early months is what rapidly accelerated the current global pandemic.

The media responded, in some instances by directly amplifying Chinese state propaganda, by accusing Trump of “racism” for using the geographically accurate term.

Now the New York Times has erased the word ‘Wuhan’ from its online coronavirus tracking map in a bid to hide the source of the virus. 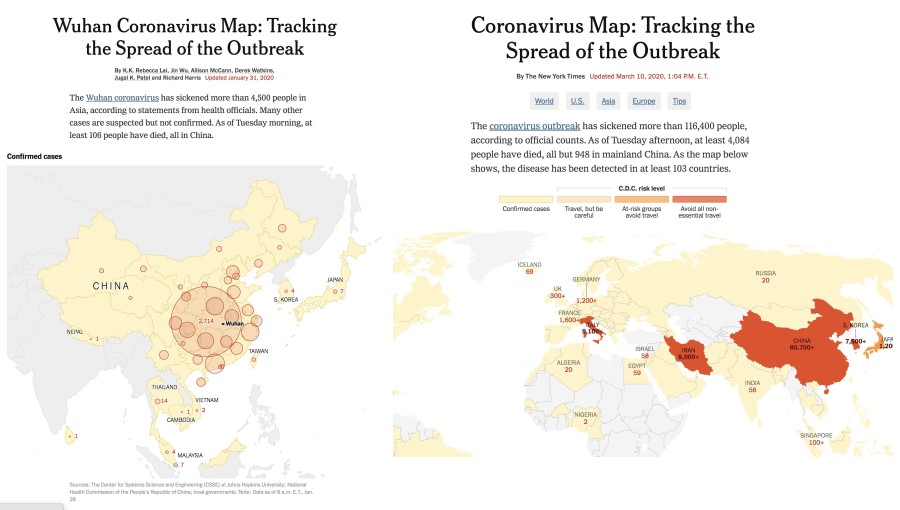 “The Times also altered the name of its map in its February 2 article on the virus, as discovered by independent journalist Jeryl Bier,” writes National File’s Patrick Howley.

Meanwhile, far-left editors over at Wikipedia are desperately trying to change the name of the 1918 Spanish influenza article to remove the word ‘Spanish’ despite it being commonly known as that for over a hundred years.

By removing the word ‘Spanish’, editors obviously hope they can convince the public that naming viral outbreaks after the region in which they originated is not normal, even though it has been virtually since records began.