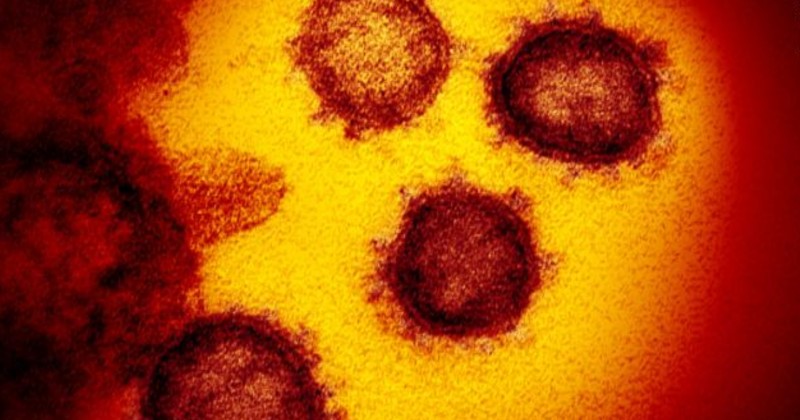 62 per cent of Americans believe that the media has exaggerated the threat of coronavirus, according to a new Pew Research poll.

The results of the survey found that 63 per cent of Americans believe the CDC and public health officials have got the risk of COID-19 about right, with just 21 per cent believing they have exaggerated the risks.

While 62 per cent think the media has overhyped the threat, 29 per cent believe President Trump hasn’t taken it seriously at all while a further 52 per cent say he has not taken the risk seriously enough. 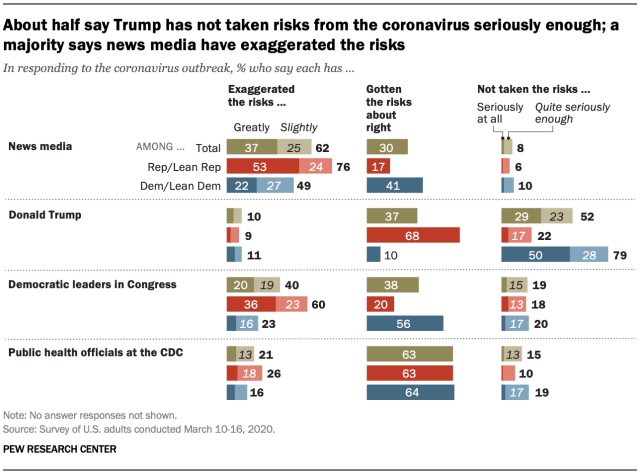 On a partisan breakdown, 76 per cent of Republicans think the media has exaggerated the threat compared to 49 per cent of Democrats.

There is still a significant number of people who believe that the response to coronavirus has been over the top or even hysterical, with many suggesting that once a large number of people in the U.S. are tested, the mortality rate of COVID-19 will drop substantially.

Others point to infection and death toll numbers out of Italy to make the point that overreacting is essential to stopping the spread of the virus and preventing deaths in the hundreds of thousands.

Tucker: How Will Americans Respond if Health Authorities Remove Family Members From Their Homes? 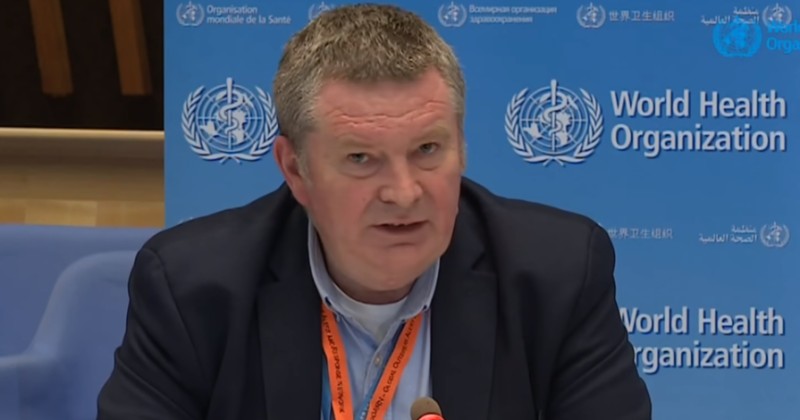 Tucker Carlson wonders how Americans will react if health authorities forcibly remove family members from their homes following a World Health Organization official’s suggestion that this scenario could happen.

During his monologue last night, the Fox News hosted drew attention to a statement made by Dr. Michael Ryan, executive director of the World Health Organization’s Health Emergencies Program, back on March 30 which was not reported by the mainstream media.

Ryan was asked by a reporter; “Do you think that home quarantine will be as effective anywhere for people who are positive, or would central quarantine be needed in order to have the same success that China has had?”

“In some senses, transmission has been taken off the streets and pushed back into family units,” responded Dr. Ryan. “Now we need to go and look in families to find those people who may be sick and remove them and isolate them in a safe and dignified manner.”

Responding to Ryan’s comments, Carlson said; “Just so you know, we’re coming to your house, seizing your children and ‘isolating them in a safe and dignified manner’ – whatever that means.”

He then cautioned that such a statement “might trigger violence – people don’t respond well when you threaten to take their kids, but Ryan said it was no big deal.”

During the height of the epidemic in Wuhan, China, several videos emerged showing people being physically removed from their homes by police.

Love is under quarantine. 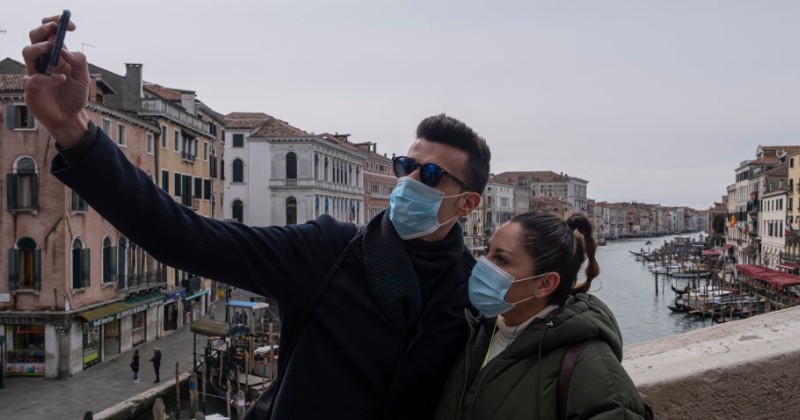 Italy’s deputy health minister says there will be no more “hugs and kisses” until a vaccine for coronavirus is available.

Pierpaolo Sileri cautioned that life would only return to normal once Italians are inoculated against the disease.

“A tsunami that struck northern Italy is gradually receding, but hugs and kisses can only return to Italian life after a vaccine is found,” said Sileri.

The current quarantine Italians are living under ends on April 13, with Prime Minister Giuseppe Conte indicating that the measures may begin to be relaxed after that date.

The instruction will be particularly hard to take for Italians, who are notorious for their tactile nature.

However, Sileri’s words are laced with irony given that left-wing activists and the Mayor of Florence encouraged Italians to “hug a Chinese” in public as late as early February in order to combat racism.

Video footage of the stunt even showed Italians removing the face mask of a Chinese man.

As we previously highlighted, tens of thousands of Chinese migrants, many of them illegal, work in northern Italy and were traveling back and forth between Italy and China during the height of the pandemic in Wuhan.

Hong Kong Phoenix TV is a mouthpiece for the Chinese Communist Party. 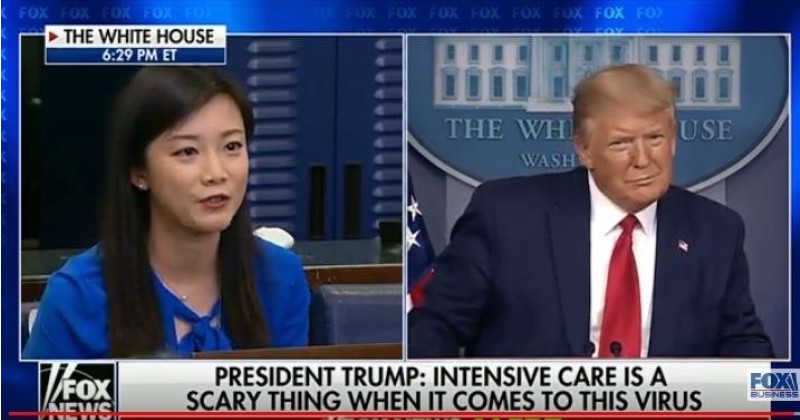 The left-wing White House Correspondents Association barred conservative network OANN from White House press briefings on coronavirus yet continues to allow access to a reporter from a station which is a mouthpiece for Chinese Communist Party propaganda.

The WHCA voted on April 1st to bar OANN’s White House correspondent Chanel Rion from the daily White House Coronavirus Task Force press briefings after Rion said during one of her questions to Trump, “Major left-wing media, even in this room, have teamed up with Chinese communist party narratives.”

OANN, which is owned by Herring Networks, Inc., an American family run business, is not welcome according to WHCA, but a news network that directly amplifies Chinese fake news propaganda about COVID-19 has retained its access to President Trump.

During his briefing yesterday, Trump asked a female reporter from Hong Kong Phoenix TV if her network was Chinese state media.

Hi @jonkarl, why did the @whca issue a seated press pass to Chinese propaganda outlets?

The woman claimed that the network was from Hong Kong and privately owned, falsely creating the impression that Hong Kong Phoenix TV is in fact anti-Beijing.

In reality, the station routinely amplifies Chinese state propaganda and the Hoover Institution regards it as a “quasi-official” news outlet with links to the Chinese government’s ministry of state security.

In a 2017 report, Freedom House revealed that the channel is owned by a former Chinese military officer with close ties to Beijing and has even “been used as an outlet for airing televised confessions by various detained CCP critics, most notably all five Hong Kong booksellers abducted by Chinese security forces in late 2015.”

Representatives of the Chinese government have repeatedly claimed that the U.S. was responsible for leaking coronavirus, an incredibly harmful conspiracy that has largely gone unchallenged by anti-Trump mainstream media networks in the U.S.

Meanwhile, the one news outlet in the White House press briefing room apart from Fox News that is vaguely pro-Trump is banned while literal Chinese state media mouthpieces are still given access.