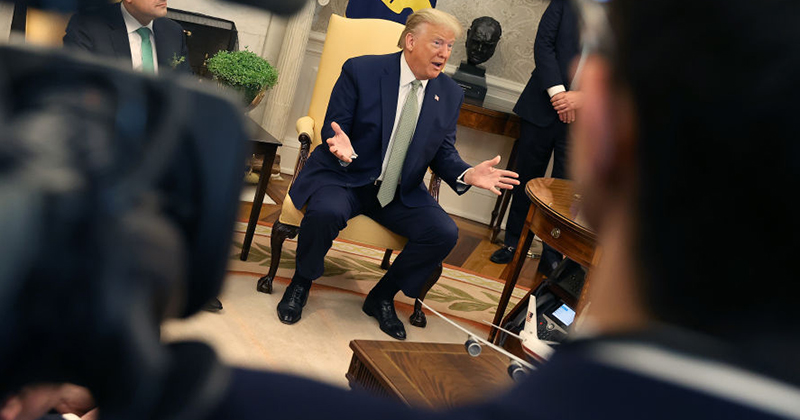 President Trump admitted Thursday that it is “a possibility” that he will move to implement a domestic travel ban within the United States in an effort to contain the spread of the coronavirus.

While noting that the eventuality had not been discussed within his adminstration, the President reasoned that ‘if an areas gets too hot’ it could be a viable course of action.

During press questions at the White House, one reporter asked Trump if he was “considering travel restrictions within the United States, such as to Washington State or California?”

“We haven’t discussed that yet. Is it a possibility? Yes.” the President replied.

“If somebody gets a little bit out of control, if an area gets too hot.” he continued, adding “You see what they’re doing in New Rochelle, which is — which is good, frankly. It’s the right thing. But then it’s not enforced, it’s not very strong but people know that they’re being watched … New Rochelle, that’s a hotspot.”

Trump was referring to New Rochelle in Westchester County, New York, where several blocks have been placed under quarantine, and additionally the National Guard has been deployed to oversee restrictions on movement of people.

A domestic travel ban has been instituted in Italy, one of the worst affected countries, for all but non-essential travel, with the population having to complete a form to get permission to move around.

President Trump has implemented a 30 day travel ban on most European countries, and weeks ago he implemented travel bans on China and Iran.

Dr. Anthony Fauci, the director of the National Institute of Allergy and Infectious Diseases, who is heading up the US response to the pandemic reiterated Thursday that “there’s no question” that if President Trump had not restricted travel from China “there would have been many more travel-related cases.”

Dr. Anthony Fauci says “there’s no question” that if President Trump had not restricted travel from China “there would have been many more travel-related cases…"

Meanwhile, Democrats have introduced legislation in the House that would reverse Trump’s travel bans from coronavirus stricken areas.

The bill also declares that before any further travel ban is imposed, the President would be mandated to “consult with Congress.”

Trump today focused on blaming the Obama administration for not adequately preparing for the eventuality of a large scale pandemic:

For decades the @CDCgov looked at, and studied, its testing system, but did nothing about it. It would always be inadequate and slow for a large scale pandemic, but a pandemic would never happen, they hoped. President Obama made changes that only complicated things further…..

…. Their response to H1N1 Swine Flu was a full scale disaster, with thousands dying, and nothing meaningful done to fix the testing problem, until now. The changes have been made and testing will soon happen on a very large scale basis. All Red Tape has been cut, ready to go!

“The Obama White House had to immediately issue an apology for Joe Biden’s remarks, and any alarm that he might have caused, an alarm about a Swine Flu outbreak that took 6 months for President Obama to declare a National Emergency, and that killed 12,000 Americans.” @LouDobbs

Tucker: The Media Has Sided With Communist China to Blame America For the Coronavirus 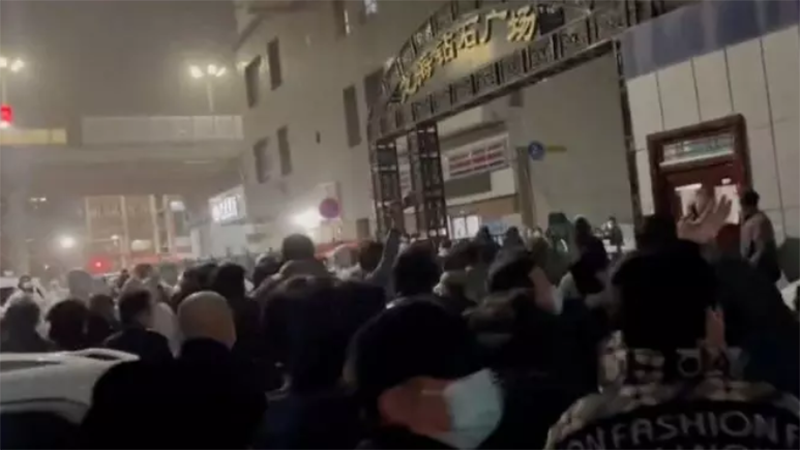