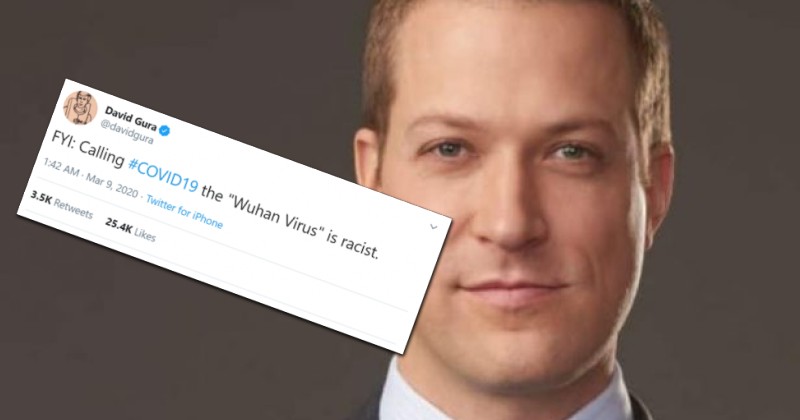 MSNBC journalist David Gura claims that referring to coronavirus as the “Wuhan virus” is racist despite the fact that virtually every other virus was named after its geographical origin.

He was immediately reminded of the fact that virtually every major virus in recent and not so recent history was named after the geographical region from which it emerged.

All named after places

Democrats are sadistically using the Wuhan Virus as a weapon in their fight for political power.

These same Democrats are also attacking anyone who calls COVID-19 the “Wuhan Virus.”

Funny, I wonder who was it who first used the term “Wuhan Virus”?

Even Chinese news sources refer to it as the “Wuhan virus.”

Here's what Chinese in Asia are calling COVID-19: "Wuhan Virus."

So no, it isn't racist. pic.twitter.com/06U2RYyrPL

“FYI: Being patronizing and paternalistic about everything that involves anyone non-white is racist,” responded one Twitter user.

FYI: Being patronizing and paternalistic about everything that involves anyone non-white is racist.

Gura’s comments are part of the continuing effort to patrol language in relation to the coronavirus outbreak.

Perhaps if health authorities and the media concentrated wholly on preventing a global pandemic rather than policing words, we’d be in a better position.

Russia, Which Closed Its Border in January, Has Coronavirus Under Control

Coronavirus Riot: Inmates Break Out of Prison in Italy