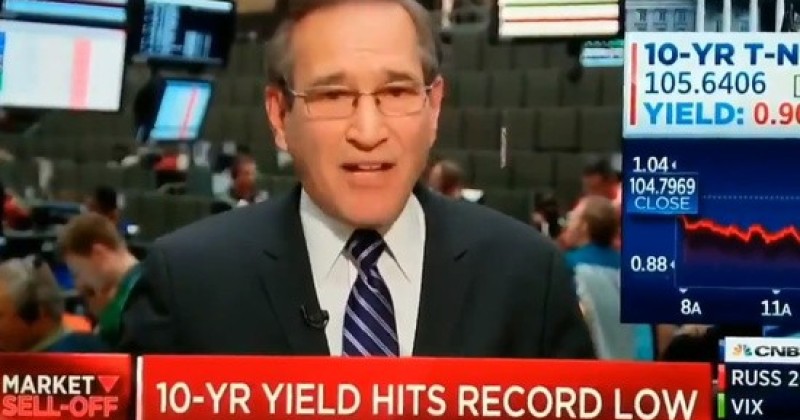 CNBC’s Rick Santelli suggested infecting everybody with the coronavirus so that its spread would be over quicker in order to calm financial markets.

During his show on Thursday, Santelli suggested that a good way to stop the hysteria and panic would just be to expose everyone to the virus and let it run its course.

One Nation under Market

“Of course, people are getting nervous. And listen, I’m not a doctor. I’m not a doctor,” said Santelli. “All I know is, think about how the world would be if you tried to quarantine everybody because of the generic-type flu. Now I’m not saying this is the generic-type flu. But maybe we’d be just better off if we gave it to everybody, and then in a month it would be over because the mortality rate of this probably isn’t going to be any different if we did it that way than the long-term picture, but the difference is we’re wreaking havoc on global and domestic economies.”

“This “GDP First” ideology is what has been driving the Trump administration’s response to the virus,” remarks Chris Menahan.

“President Trump took weeks before putting any restrictions on air travel (despite being the strong borders candidate) and made no major moves to prepare for the virus or test travelers for it — lest it spook the markets.”

Santelli made the suggestion despite the fact that infecting everyone on the planet with coronavirus would literally result in the deaths of hundreds of millions of people given that the virus has a 2-3% kill rate.

I guess that’s a price worth paying to save a few percentage points on the GDP!

Leftists Fear Trump Will Exploit Coronavirus to the Postpone the Election